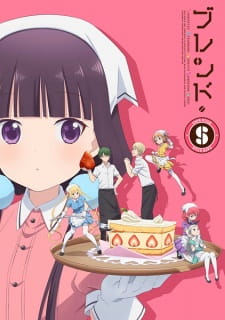 Blend S Season 2 release date has been one of the most mysterious and waited news of all time. So will they or won’t they? Find out by reading more about all the rumors about the series below. Blend S 2 has been awaited for fans for a while now and is a seasonal manga which means that a season 2 seems uncertain. The blend is a Japanese manga-turned anime that has attracted a large fanbase hungry for answers.

For anyone who is new and for fans who want a refresher Blend S is a Japanese manga created by Miyuki Nakayama. The first manga issue was published in 2013 and since then it has become the popular anime that aired in 2017. The show was produced by A-1 Pictures because of the already popular manga and the anime really hit it off.

The shoe has a great art style and appeal to fans of the Japanese maid cafes as well but giving them a fun twist.

Ever since then fans have been asking for a potential Blend S season 2 because this show is addicting and exciting. The show is a comedy-drama and has funny banter but also some really heartfelt scenes between characters. 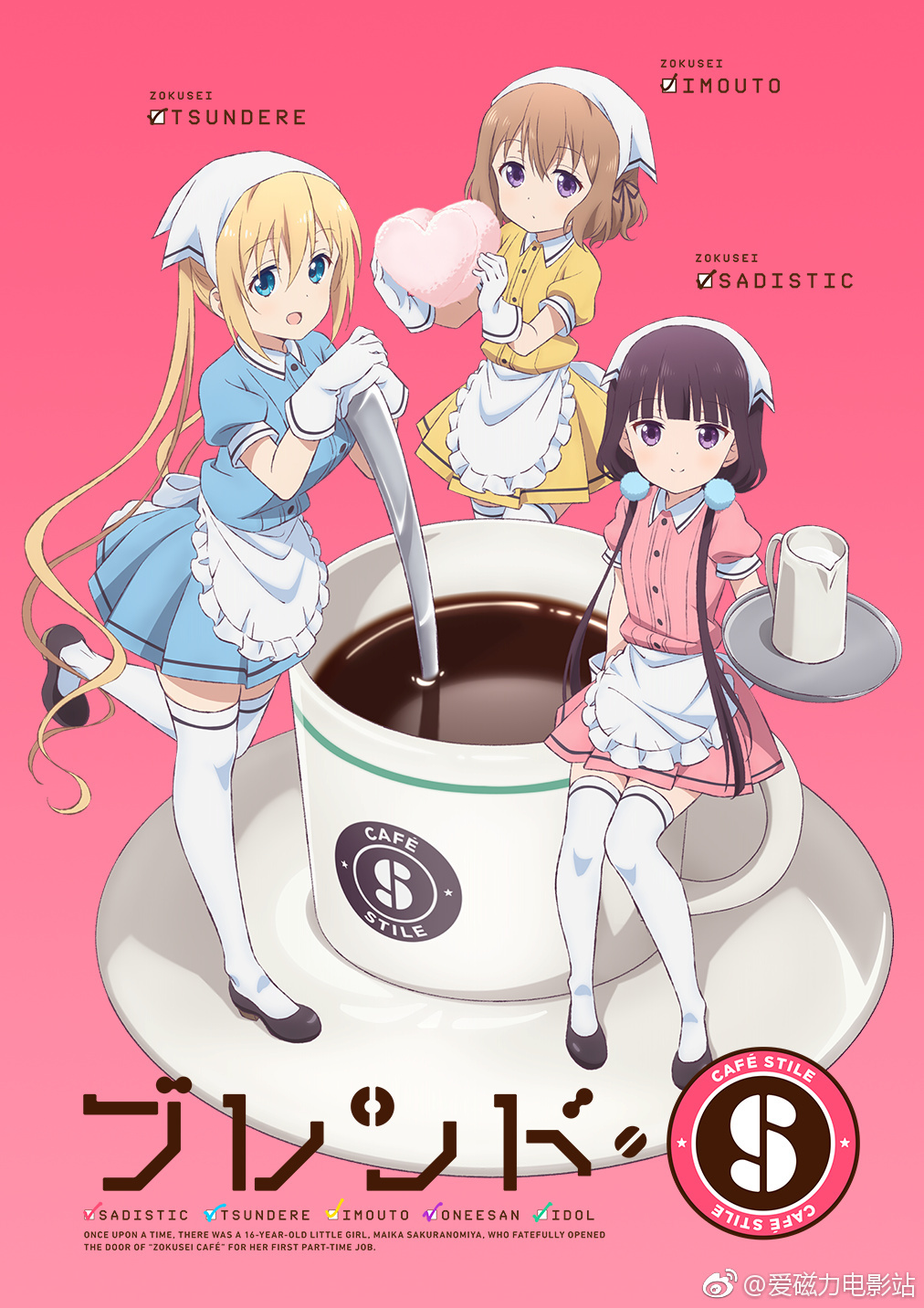 The television anime series aired for 12 episodes and hit the perfect spot of ‘slice of life’ shows for viewers. However, since the manga has six volumes, the potential for more anime in Blend S season 2 is endless.

Previously in the series, we meet our protagonist Maika Sakuranomiya. She is a high school girl who has having a strange kind of trouble – she is too scary when she smiles so now she can’t get a job! Don’t worry the plot gets even weirder. She is finally discovered and offered a job by an Italian man who runs a strange café. In this café, girls play different personality types, like sweet or cold (tsundere), and serve their customers who like a particular personality. Due to her scary smile, she hired to be a cruel waitress to her masochist customers.

The show sees Maika go on a fun new adventure every other episode, through which we are introduced to all the new characters of the show as well.

The plot is outlandish yet it creates lots of opportunities for humor. The show is both random and charming and makes you love the protagonist of Maika. Though she is internally very cheerful and kind, it is extremely fun to see her be a mean and dominant person through the show.

Will there be a Blend S Season 2?

The reason fans are sure that there will be a Blend S season 2 is that the story isn’t completed in season 1. However, the likelihood of a Blend S 2 seems very low. The show is what is known as a seasonal show – a light-hearted anime that simply promotes the previous manga. Also, it has been three years since the show aired and many volumes of the manga are out yet there has been no news of a season 2 being in the works.

One of the reasons fans are excited about watching Blend S 2 is because of the way season 1 ended. In the season finale, all the cafe employees go on a ski trip. Here Maika’s friend Dino wants to confess his love for her but is interrupted and Maika seemingly confesses to him at first. Obviously, people want to see more of their relationship and find out about what actually happened. The show itself is very light-hearted and not too complex in terms of plot. So, it can be enjoyed without the story being completed in Blend S season 2 even if we want one. This is the perfect opportunity to watch or rewatch Blend S season 1.

The story surfaces around a girl named Maika she is a joyful and fun person but gets brought down because of the way she looks. She shows a lot of insecurity with herself. Maika shows interest in various things and is always eager to learn new ones. Despite people mocking her for her looks, she manages to put a smile on her face and doesn’t let her anger get in the way of her job.

Aiku plays the character of Maika’s older sister, she is a sadistic and means woman who thinks Maiku and her boss, Dino, are caught up in a love affair.

Dino is Maika’s Italian boss and manages the cafe in which Maika works in. He seems sweet but people interpret him as a pervert because of the way he acts around Maiku. He openly shows his love for Maika.

Miu is a waitress in the cafe. She is 22 years old and is the oldest of all the waitresses. She is represented as a sisterly figure for all of them and coaches them when they mess up. Hideri is a boy waiter who shows up as a girl waitress because of his love for cross-dressing. He is active and cheerful but there’s some past secret that he doesn’t open up about.

Kaho is a 17-year-old who knows how to deal with customers. Customers really adore her because of her love for arcade games and her friendliness.

When Can We Expect Season 2 to Arrive?

A lot of anime releases have been canceled due to the pandemic and we don’t know for sure when the releases will resume again. So as far as Blend S release goes no one can tell when that is going to happen. All we can do is wait and look out for the announcement of the release.

Blend S is a fun and laughs-out-loud show. It is sure to have you invested just like all its fans are. The art, the characters, and the kooky situations they find themselves in will have you wanting more. While there is no confirmed news of Blend S 2. Make sure to watch the season 1 so you can get on Blend S season 2 if it ever comes. The show is a great way to spend time not only by yourself but with friends. Watch Maika get into hilarious antics at the café and watch Blend S now.