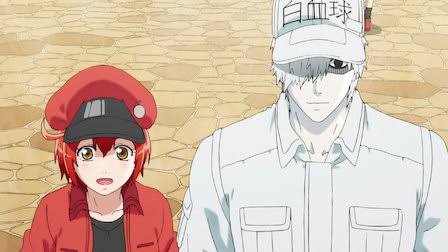 Cells at Work Season 2 of popular anime Cells at Work releases this month! Here’s all that you are curious about the new season from TGC.

Cells at Work or Hataraku Saibo is an anime series that reached far beyond the usual anime viewers with several medical professionals praising the show for its accuracy and an apt representation of biological processes. Season 1 of the show ended in September 2018 and after nearly 2 years season 2 is finally going to premiere very soon.

Cells At Work Season 2 Episode 1 aired in Japan on 9th January 2021. Although Funimation released the episode 2 days prior on January 7th. The 2nd episode is expected to air on 14th January. Season 2 is expected to have 8 episodes only and will be available on anime streaming platforms like Funimation, Crunchyroll, and on Netflix.

Storyline Of Cells At Work

Cells At Work is the anime adaptation of a manga written and illustrated by Akane Shimizu serialized in the Monthly Shonen Sirius. The anime adaptation kicked off in 2018 and is written by Hayashi Mori and produced by Liden Films. The story is about the anthropomorphized human cells who work every day in harmony and with diligence to keep the body running. While the show focuses on various different cells of the body, two, in particular, appear more frequently. They are a red blood cell AE3803 and a white blood cell U-1146. The series has been praised extensively for its highly scientifically accurate representation of biology. 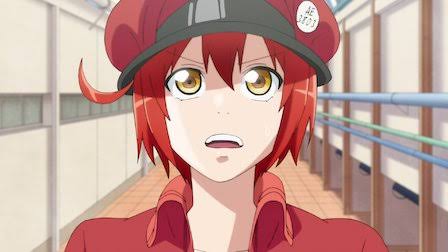 Episode 1 of Cells At Work S 2 titled “Bump” starts with a quick review of the story synopsis. Episode 2 which is titled “Acquired Immunity/ Peyer’s Patch” will show the cells protecting the body against new deadly viruses.

The wait is over to have some biology sneakily taught to us while enjoying a fun anime series once again. The trailer for Cells at Work Season 2 provides some insights on what to expect in the new season.