Hold the press, because we are all shocked to see some Stranger Things season 4 news! 2021 is looking up as we finally might have season 4.

Stranger Things is a horror show based in 80’s America that has won over everyone’s heart. The show is produced by and streamed on Netflix. It is till date one of the most-watched Netflix shows globally. With a great cast and amazing plot, Stranger Things has become a cultural phenomenon.

After three seasons full of adventure and shocking twists, fans are clamouring for 4. We can’t wait to see what new twists and turns the show introduces with Stranger Things 4.

The show has an international and very active fanbase due to its pop culture and science fiction references. Not only does the show have a great cast and story, but it also has amazing humour and music. The show blends supernatural elements with the everyday lives of teenagers, making it all the more fun. We can’t wait for ST season 4 to blow us away.

Stranger Things is based in the fictitious town of Hawkins, Indiana. It takes place during the ’80s and thus has an old school nostalgic vibe. The show follows four young teenage boys – Will, Dustin, Lucas and Mike. Will mysteriously disappears one summer as strange occurrences take place at the suspicious Hawkins National Laboratory. Soon afterwards Mike and the other boys befriend a strange alien girl called Eleven. Eleven has superpowers and has escaped from the laboratory. We see the adventures that these kids undertake as they uncover the supernatural mysteries at the centre of the town and Will’s disappearance.

Through its three seasons, the children not only fight deadly monsters but also grow older and develop bonds. We also see how the adults help them and Eleven’s powers grow stronger.

This strong plot has kept audiences engaged and on track for Stranger Things season 4! 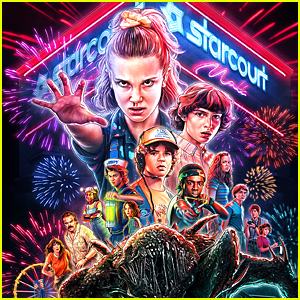 After the popularity of the show and particularly the buzz of season 3, Stranger things season 4 was given a go by Netflix. However, season 4 was delayed due to the COVID19 pandemic in March 2020.

Production officially resumed on Stranger Things S4 in September 2020. With this news, we were already expecting some good news in 2021.

Sources have revealed that Stranger Things S4 will be coming to our Netflix screens on August 21, 2021.

Stranger Things season 4 will be here so soon, so let’s get streaming on the other seasons. Its time for a rewatch and we will be back with more updates as soon as possible. Until then keep your calendars ready for 21st August 2021.