The Quintessential Quintuplets, the anime about the whacky adventures of five young women and their tutor Futaro has begun airing its second season. Curious about details? Here are all the latest updates from TGC.

Season 2 of The Quintessential Quintuplets began airing on January 8, 2021. Episode 2 titled ‘Seven Goodbyes Part 1′ can be watched on January 15, 2021. Like the previous season, the 2nd season can also be watched on Crunchyroll. Dubbed versions are available on Funimation and Anime lab. The production of Quintessential Quintuplets seasons 2 will be handled by Bibury Animation Studios after the previous season was made by Tezuka Productions. Keiichirō Ōchi will be returning as the director this season as well. However, the series has a new director; Satoshi Kuwabara from the previous season is being succeeded by Kaori. 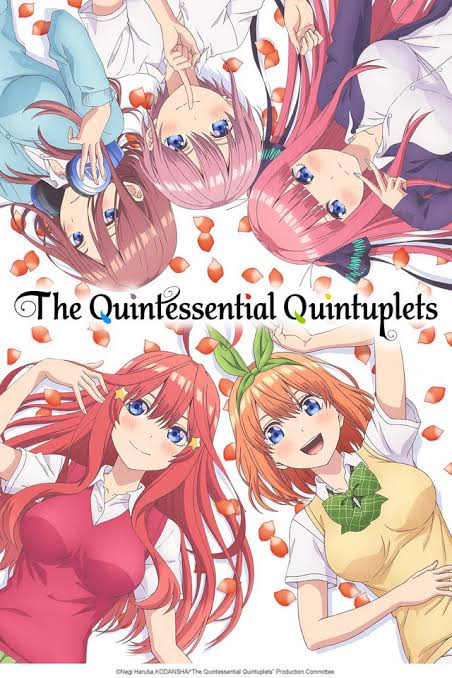 What Is The Quintessential Quintuplets About?

The plot of the manga on which the anime is based runs thus: Futaro Uesugi is a stalwart highschool student in some distressed situations at home. His mother is dead and his father has incurred a huge debt on the family. And so Futaro takes up the duty of tutoring the siblings of the rich Nakano family, only the siblings happen to be identical quintuplets. To make things even more difficult, the siblings are disinterested in their studies and also do not have the best grades. Futaro really has Hus work cut out for him!

In Quintessential Quintuplets season 2 episode 1 we saw Futaro recovering from his illness at the hospital where the quintuplets all come to visit him.

What antics will the quintuplets be up to in this season? We’ll find out soon! The season seems to be quite promising and will surely live up to all the hype.