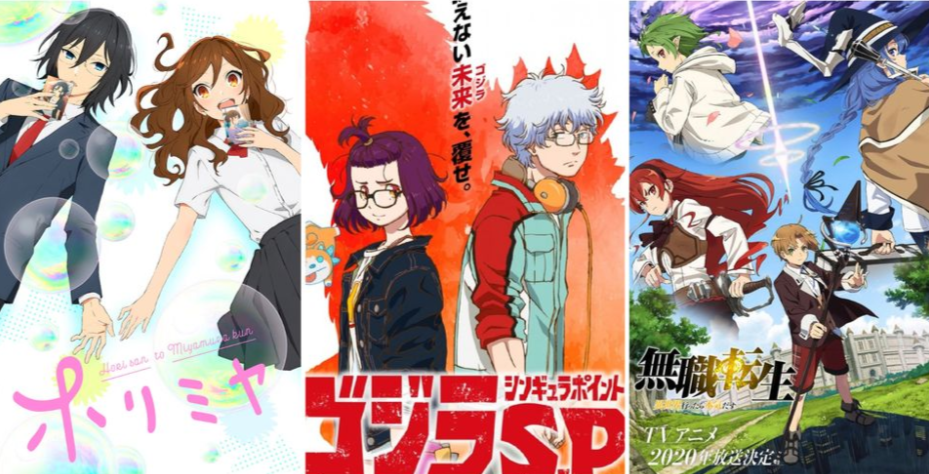 2020 gave us a long list of anime to enjoy and due to lockdown, we even had time to watch them. Anime is very entertaining and touch a lot of genus in one. It can have a dark theme or light and romantic, there is an anime for everyone to relish. With the new year, the audience has great expectations from anime creators. With some new series approaching or the old series being renewed. Anime lovers are ready for an anime packed year ahead. So, here is the list of Top 5 most anticipated anime of 2021. The entries in the list aren’t in order but they are the once we are eagerly waiting for. I have also added some honourable mentions which I want to watch this year.

Season 2 of Dr Stone will be releasing this year. As the title suggests there is suspected to be a war. There aren’t any official statements about the plot of the season but that doesn’t stop us from speculating, Right? The story is of a young genius Senku and his friend, who wake up from being stone for thousands of years. Now, they have to work in restoring the civilization from this catastrophic situation. In the ending of season 1, Dr Stone’s mission was in a bit of a problem. In Dr Stone: Stone Wars, we are excited to see how the story progresses from season 1.

That Time I Got Reincarnated As A Slime Season 2

Have you ever thought about being reincarnated as a slime? The lead character, Mikami Satoru, of popular manga series with the same name, found himself as a slime monster in a fantasy realm. The manga series, as well as the season 1, has already created a huge fan base who are impatiently waiting for season 2. There was a delay in the release of next season due to covid-19, but it is now estimated to be released in early 2021. Let’s see, what new adventures are there for Rimuru and her group to go on? Season 2 is going to be jam-packed with our adorable slime protagonist and his friends doing some crazy adventures.

Season 4 of the series offer an awesome battel in the finale of the season with a post-credit scene giving us a glimpse in the reveal of the cryptic dream of Midoriya. This year the franchise is all set to bring us season 5 in spring and a movie at the beginning of the year. The new season will have many adventures of Endeavor as the new number 1 hero. With last season ended with his awesome fight with Hood and Endeavor crossing his limits of power. Season 5 will have more of the battel sequence and joint training arc which the fans have been eagerly waiting for.

The popular manga-based series started in 2004 and gained its popularity during its running season till 2012. The has a huge fan base, who still want more even after 8 years from its last aired episode. Bleach is about a high school student who has powers to see ghosts. He later receives the powers of soul reaper and sets on an adventure to save the people from the hollows. Though it isn’t confirmed if we are going get a season this year, we can always expect, right? This year is the 20th anniversary of the said manga, so let’s hope fans receive a return gift in a form of the brand-new season from the creators.

All the above mentions have been about new seasons, but I wasn’t able to mention any other show or movie except for my all-time favourite Demon Slayer: Kimetsu no Yaiba. Season 1 of the show had me hooked to screen till the very end. It is told that this movie will continue where season 1 ended. With already becoming the highest-grossing film in Japan despite corona pandemic. It is soon to be released in America and we are hoping to get it on Funimation or other anime streaming platform. It is suspected that season 2 of the manga series will follow where the movie will end.

Here is the list of Top 5 most anticipated anime of 2021. We fans are on the edge of the couth waiting to see when their streaming will begin. With so much to offer, I felt a bit sad to only write only about Top 5 most anticipated anime of 2021. This list was regarding my preference but I can’t leave the article without mentioning a few more anime for which fans are eagerly waiting. Here is the list of honourable mentions:

Until we come back with more updates, you can check our other articles. For More News Stay tuned with The Global Coverage for more updates.