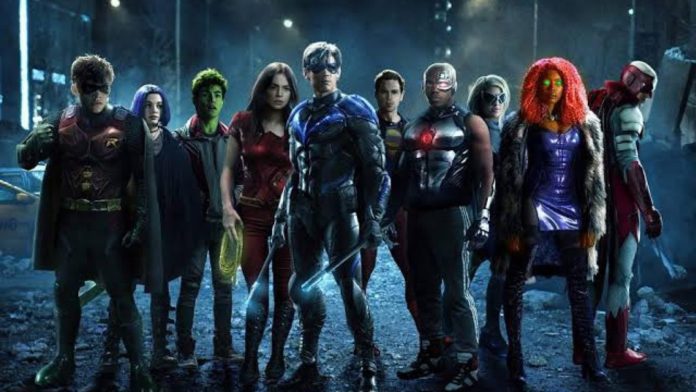 DC Universe‘s teen superhero is back with the new season. Teen Titans as comics, animation or series has always been popular. The series has been true to the original comics and fans can relate to it. With a lot of drama that took place in the previous seasons. Everyone is eager to know ‘What next?’ for the series. The studio officially announced the renewal of the series to season 3 even before season 3 concluded. There was a delay in the production of it, so Titan Season 3 will most probably be released at the end of 2021.

The series version of popular comic Teen Titans came on-screen in 2018. A year later, its season 2 hit us with immense drama in 2019. The production for next season was supposed to be being in early 2020. But it was postponed to October 2020 due to the corona pandemic. The production is still in process and would complete by  mid-2021. We can hope to see our favourite Titans on the screen by the end of this year.

The original cast from season 1 will be there. Can we ever guess Titans without Dick Grayson? As Robin/ Nightwing and the mentor of Titans in the show; he is a must character. The additions that came to the Titans team will also be there in season 3. In season 2, we got to see the feud between Starfire and her sister Blackfire, who will also be returning. There are many speculations about the villains, so we will have to wait to officially know who will be the antagonist for this season. Season2 ended with the death of Donna Troy a.k.a. Wonder Girl. So, will she be returning with the help of Raven’s powers? Or was that last of her?

CASTING ANNOUNCEMENT: We are excited to announce that one of the most beloved characters from the #DCuniverse will be coming to season 3 of #DCTitans. Please welcome Savannah Welch as Barbara Gordon. pic.twitter.com/tP3qgizOne

Season 2 has a truckload of drama and we are hoping nothing less in season 3. The plot contained the feud between the alien sisters Starfire and Blackfire, which will probably be continued in this season as well. That wasn’t enough there was the villain to disturb the peace of the city that Titans had to restore. Well, to top it all the famous DC Superhero, Batman was behaving like a psychopath. Donna Troy a.k.a. Wonder Girl died while saving people. Will she return? This is the few things we are looking forward in season 3.

Welcome to the Hood. Jason Todd returns as the Red Hood in season 3 of Titans.

Seasons 1 and 2 stream November 1st on @hbomax (US). #DCTitans pic.twitter.com/Pm5riPShNb

Until we come back with more updates, you can check our other articles. Stay Tuned with The Global Coverage for More Updates