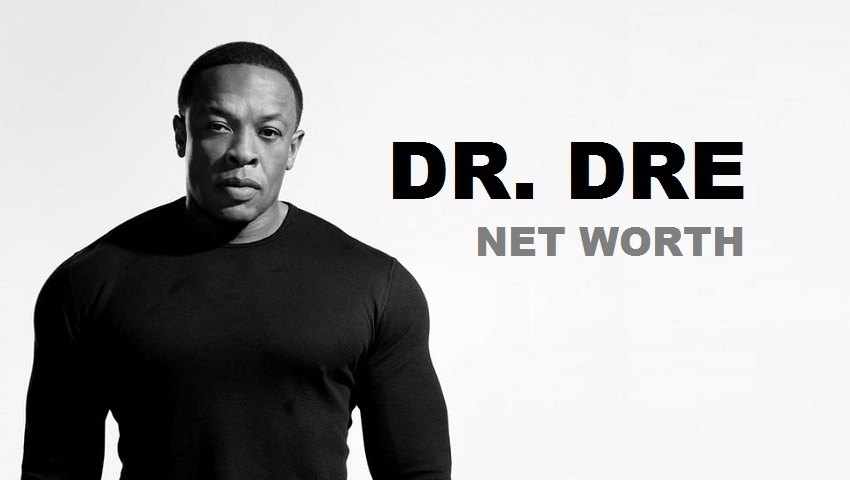 Dr. Dre is a renowned American rapper, entrepreneur, auto engineer, and an eminent producer. He begins his career in the 1980s, yet after four decades his records still entice his fans with the same love. Moreover, Dr. Dre Net Worth has been in more limelight since he sold his headphones label ‘Beats By Dr. Dre’ to the apple company for 3 billion dollars. Now, his name is in the list of worlds the richest Rapper. But, what is Dr. Dre’s net worth in 2021?

How a boy from Compton became Dr. Dre?

Andre Romelle Young, more famous by his pen name Dr. Dre. He was born in a family of Theodore and Verna Young on 8 February 1965 in Compton, California. He commenced his music career in the early 1980s when he started working in a nightclub, where many DJs and rappers performed. There he named himself Dr. Dre, which was the combination of his earlier stage name Dr. J and his initial name.

Later he joined a band named World-class Wrecking Crew. Although, he became more famous by his later work with N.W.A, the rap band. His band was popular due to their voice against violence on street, which was explicitly depicted in their lyrics. however, in 1992 Dr. Dre quit the band because of some issues within and started performing solo.

Dr. Dre is a creator and CEO of the label- Beats and Aftermath Entertainment; also he is been joint owner of Death Row Records. Moreover, He has been granted many awards including Hustler of the Year, Best rap solo performance, Best rap video, Best Rap Performance by a Duo or Group, Best rap album, Producer of the year, Non-classic, and many others.

Rapping Superstar Dr Dre is often appreciated, to introduce talented artist like Eminem to the world. However, he has produced many other artists namely 2pac, Snoop Dogg, 50 cents, Mary J Blige and many more.

But what is Dr Dre’s Net Worth? It is estimated by Forbes that currently, Dr Dre Net Worth is around $820 million. In fact, it added his name in the list of the richest rappers in the world.