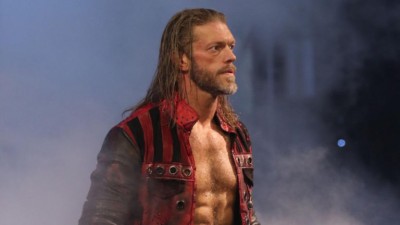 WWE Smackdown started with a lot of questions and all of them were answered. Would Rated R Superstar reveal his intention to fight Roman Reigns At The Show Case of Immortals? Will the reigning women’s Rumble’s Winner Bianca Belair showcase a spectacular performance? Who will EST be challenging in Tampa Florida?

Reigns declared himself the main event triggering Edge. He further went ahead and ordered edge out but Edge was nowhere to be seen.  Frustrated Reigns started shouting and asking “WHY WOULD YOU PLAY GAMES WITH ME”? The grade given Was A. Undoubtedly Reigns is now a Trademark WWE product who is known for his intolerance to anyone who doesn’t value his worth. Edge wasting his time visiting WWE NXT or RAW when he should have come directly to the Tribal Chiefs show and Edges Negligence really fumed Reigns. Mysterio Defeated King Robin and the grade awarded to the match was C. King Robin did a fantastic job at grounding Dominik. Despite using Deep Six tactic and constant Grounding King Corbin was defeated by the youngsters. The Duo used strategy which included Rey grabbing hold of Corbin’s ankle, allowing Dominik to neutralize him and a final top-rope frog splash marked the king of the Ring’s Defeat.

Despite being rated an average match it had all the elements to keep viewer hooked and enthralled all throughout.

Big E defended the Intercontinental Championship against Apollo Crews and Sami Zayn in a big Triple Threat Match which turned put to be the highlight of the show. Crews put forth a praiseworthy performance having wiped Zayn out with a launching missile kick. This action-packed match was Won by Big E. Big E had a tactical approach and the match was awarded B grade. Usage of Double overhead Supplex Helluva Kick all helped in building momentum for Big E.

Roode and Ziggler defeated Gable and Otis and was rewarded with Grade C. This match was termed quirky and Fun. Carmela made her presence felt. After Reginald’s constant reiteration that Belair will not beat Banks, the Rumble winner whipped him with her ponytail sparking laughter. It was evident that Belair is eyeing Banks title. Grade of the match was C.