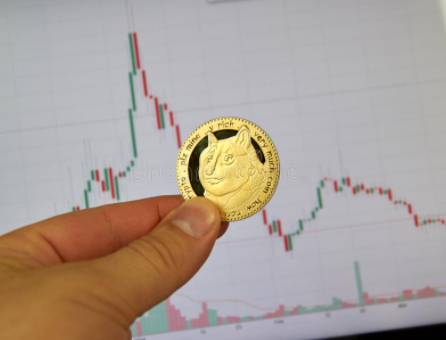 Reddit, a social media website having power over people. Name one thing that it can not do. Last month a Redditor took it upon himself and made people buy game stock. After that kind of resolution came in the American stock market. The stock price of Game Stock went so high that people were having debates on it. The same thing is happening with Dogecoin. One of the most talked-about Cryptocurrency Dogecoin going down as you read this article. Most people who were hoping of it making into mainstream want to know the reason for Dogecoin dropping.

[Updated]: The main reason for the Drop-in Dogecoin prices seems to be the effect of Elon Musk Dogecoin Ultimatum to Dogecoin whales. I know I know you might be thinking this is old news. but the truth is the whales have actually dumped the major dogecoins on 17 Arpil 2021 which is resulting in rapid decrease in your net worth. Stay Strong Doge Army, We will see the moon TOGETHER !!!

If we compare it with other cryptocurrencies this is probably the most volatile currency. Dogecoin going down is not a surprise for many of its investors. But, it is a kind of surprise for many experts who were predicting its future. As of now, Dogecoin has dropped -7.2% compared to USA Dollar and -8.3% compared to Bitcoin. As of Now, 1 USD is equal to 14.81 Dogecoin. Dogecoin dropping is a concern for many of its investors and if you are one of them I’m sure you want to know about its future. The Dogecoin prices will keep fluctuating for 3-4 weeks because Dogecoin whales will be selling their major share in order to stablize the crypto. Till then it will be hard for a pump but, after that, it will start pumping and will be more stable.

It will be interesting to see if the value of Dogecoin will touch one dollar mark as Elon Musk predicted or it will go down further. Keep checking this space to know more about the Future of Dogecoin.