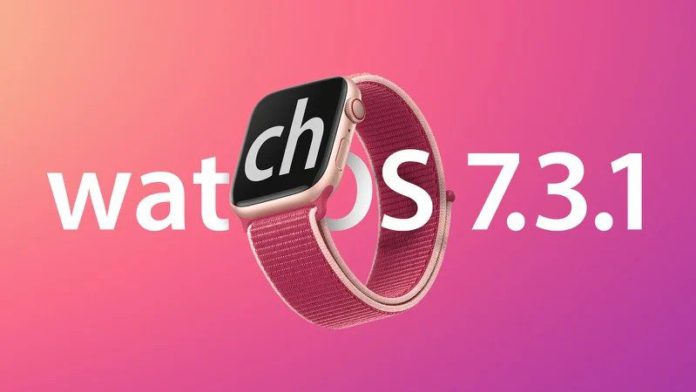 Know all about Apple Watch OS 7.3.1 updates and all the fixations of glitches which won’t happen again in Apple watch SE and Apple Watch Series 5.

Apple has issued an update and fixed all bugs related to it. The Apple OS 7.3.1 was made public on 15th February 2021. The update is only accessible for users of Apple watch series 5 and Apple watch SE. This update of OS 7.3.1 was seen only after a few weeks of the release of OS 7.3. Users were facing an irregularity where their Apple watch SE and Apple watch series 5 was not getting charged in Power Reserve Mode. Whereas, after the update, it has all been fixed and now there is no issue related to charging.

According to the company, Apple watch OS 7.3.1 addresses an issue that prevented some Apple Watch Series 5 and Apple Watch SE devices from charging after entering Power Reserve.

What to do if you’re facing issue

To check whether you’re facing this irregularity place your watch on its charger for at least 30-45 minutes, if it still doesn’t charge you can contact Apple support or send a mail to support for free repair if it is still under warranty or guarantee.

To celebrate Black History Month and Black Culture Apple had revealed Apple Watch         OS 7.3. The preceding update of Apple Watch OS 7.3.1 brought Time to Walk feature for Apple Fitness+ which lets the users listen to stories as they walk, they also added a new unity watch face, expanded ECG functionality to new countries like Japan, Thailand, Philippines. The company is also working on watch OS 7.4, a crucial update in unlocking an iPhone even when wearing a mask.