Prince Markie Dee Dead at 52, Journey To Become The King It is certainly a time of deep sorrow for the rap industry as we lose another jewel on February 18, 2021. The demise of Mark Anthony Morales more popularly known as Prince Markie Dee shook all masses to their very core. Mark’s journey in the rap universe can only be described as legendary, as even though he has embarked on a journey through a higher plane of existence he will still remember with nostalgic fondness within the music industry. The iconic legend was born on February 19, 1968, in the beautiful streets of Brooklyn, New York.

Prince Markie Dee with his roots in the Puerto Rican culture had risen to an enormous amount of fame in the 1980s when he was a proud member of the American hip-hop trio The Fat Boys. The group reached the peak of their careers in the early 1980s and was very well renowned for including beatbox in their songs. Formerly called the Disco 3 was formed by Prince Markie Dee (Mark Anthony Morales), Kool Rock-Ski (Damon Wimbley) and Buff Love (Darren Robinson). The group saw a very sorrowful departure in the year 1995 when Darren succumbed to a heart attack while he was suffering from respiratory flu. 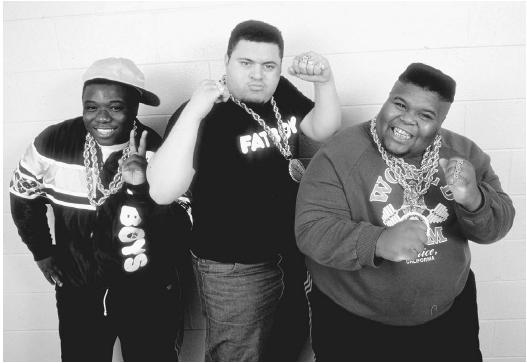 While Morales was part of the Fat Boys the group soared to an immense amount of fame as it opened a gateway to the then unexplored world of beatbox into their songs. Fat Boys is one of the first rap groups to release full-fledged rap albums. Morales time with the Fat Boys also saw him in featured films like Krush Groove and Disorderlies. After leaving the Fat Boys, Morales began his lone journey with a success graph that just went straight up.

He released his first solo album Free under the banner of Columbia Records which created a huge wave of buzz and rose to the position of #1 hit single. Morales also dabbled in the FM industry as he played the role of a radio host/DJ from 2008 to 2010 for 103.5 The Beat WMIB radio in Miami and Florida. After that Morales worked at WEDR 99.1 FM.

May you forever Rest In Peace 🙏🏾🌹
(Do not know the specifics)

We need to make this museum happen so we can preserve stories like Prince for years to come 💯 pic.twitter.com/DXeb3KN2Uh

We lost a musical jewel on February 18, 2021. Morales’ Manager and good friend Louis Gregory broke out the remorseful news of the rapping icon’s death. The news surfaced on Twitter on February 19 at dawn. As Morales passed away a day before his birthday at the age of 52, fans are very upset about such a close coincidence and that the American rapper couldn’t enjoy another year in his life. Many are mourning the demise of the songwriter but are hopeful that he is on a much better journey. Though the details of Prince Markie Dee’ death haven’t been released yet, the fans are joining together in prayers for Prince Markie Dee.