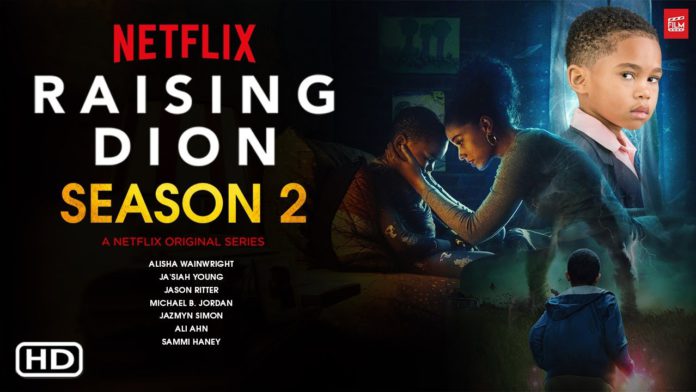 Know all about the mysterious show on Netflix, the Netflix Original Superhero Drama Series ‘Raising Dion Season 2‘ which is all set to come with its new season.

All About Raising Dion

We all know that every Mom is a superhero in herself but this cool mom Nicole is setting a new standard for every mother by raising a cute 8-year-old boy named ‘Dion‘ who’s shown to be a superhero. Based on Dennis Liu’s masterpiece of a comic book and a short film by that name, Raising Dion was by far the best series of Netflix back in 2019. It was also in the Top 10 of Netflix US. Liu not only directed an episode of season 1 but he also provides major key aspects and viewpoints on the show as being one of the executive producers himself. Speaking of producers, actor Michael B. Jordan who is also playing the role of young Dion’s father is also one of the executive producers for the show. Now that Raising Dion Season 2 is under production, we hope to see new thrilling and exciting episodes.

On 2nd Jan 2020, it was tweeted and was let known to the fans of this show that Raising Dion’s Season 2 is up for production. The show got ended on a cliffhanger episode so it was bound to get to Season 2. But due to the pandemic, the production for the show got delayed, as of now a particular release date has not been set for Raising Dion Season 2, in an interview with Alisha Wainwright in The Observer, the show would be back for its fans in fall or summer 2021. As she also shared on her Instagram that the shooting for the show has resumed.

Obviously Raising Dion will have Dion that is Ja’siah Young who plays the role and his mother Alisha Wainwright as Nicole and Michael B. Jordan as his father. We also expect to see Esperanza(Sammi Hanney), Aunt Kat(Jazmyn Simone) and Suzanne(Ali Ahn) and Johnathan. Fans believe and are eager to see Michael B. Jordan in the next season and they would love to see Charlotte(Deirdre Lovejoy) again. As the cliffhanger ended with The Mind Mover’s(Dion) enemy The Crooked Man entering season 2, this young superhero needs to explore and learn a lot about his abilities.

Raising Dion’s Season 2 would be exciting to watch. In the previous season it was shown that Dion’s father Mark played by Jordan was a ghost who got stuck in the storm created by The Crooked Man and he used to visit his family and share his wisdom to his son. Season 1 had nine episodes and as the final episode showcased that the crooked man has taken over Brayden the son of one of the superhero. We can also expect to see Dion’s relationship with Biona Labs more inherently. We can definitely know some more when the trailer for the show kicks in.