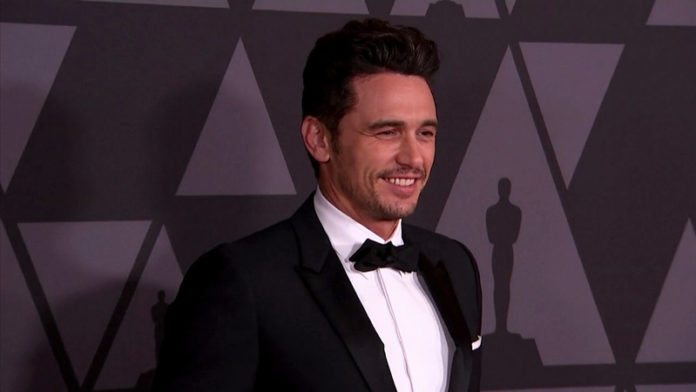 James Franco Suit Full Details: James Edward Franco is widely acknowledged for his distinctive portrayal of roles such as Harry Osborn and David Piccolo in Hollywood projects such as Sam Raimi’s Spiderman trilogy and Eat, Pray, Love; was subjected to allegations about sexual malfeasance by his former students. James was born on April 19, 1978, in Palo Alto, California. James got his creative streak from his mother Betsy Lou who is a popular children’s book author who occasionally took up acting roles in many projects. The ”Math Whiz”, James grew up in California along with his brothers, Tom and Dave who also have pursued acting as a profession.

James was often encouraged by his father who ran a Silicon Valley business, to focus and achieve good grades. In 1996, James graduated from Palo Alto High School, where alongside his studies he also brushed up his acting skills by participating in various plays. Though these good grades weren’t much affected when he was arrested for underage drinking, graffiti and was also affiliated with a group that stole designer fragrances from department stores and sold them to their classmates. Franco was given a second chance by the judge and avoided the possibility of ending up in the juvenile hall.

Dawn of the Sexual Accusations

These allegations first dawned in the year 2014, when a 17-year-old girl posted a number of screenshots that contained strings of alleged messages between the teenager and Franco on Instagram. In these screenshots, we witness that the then 35-year-old, tried to get in touch with the teenager in a hotel room after she told Franco that she is 17. Though the then 17-year old was hesitant in the beginning as this person was claiming that any sane person would. But these doubting thoughts became more clear after the actor sent multiple pictures of himself, to provide proof that he himself was James Franco.

The actor was seen wearing a Time’s Up pin during the 2018 Golden Globes to show his solidarity towards the #MeToo movement. This drew an immense amount of criticism on social media from actress Ally Sheedy, who slightly insinuated that she retired from acting after working with Franco on a play. Even Franco’s ex-girlfriend alleged that he forcefully tried to make her perform oral sex in a car while they were in a relationship. Franco replied to these allegations when he appeared on The Late Show with Stephen Colbert by saying that these allegations on Twitter were “not accurate”.

The Allegations That Led To The James Franco Suit

Franco’s attorney while speaking in solidarity with the #MeToo movement called these allegations “false and inflammatory, legally baseless and brought as a class action with the obvious goal of grabbing as much publicity as possible for attention-hungry Plaintiffs”. Both sides filed a joint status report in Los Angeles Superior Court informing the judge that a settlement had been reached between them. Though few elements of the lawsuit may still be active, the acting school where Franco used to teach a master class regarding sexually explicit scenes.