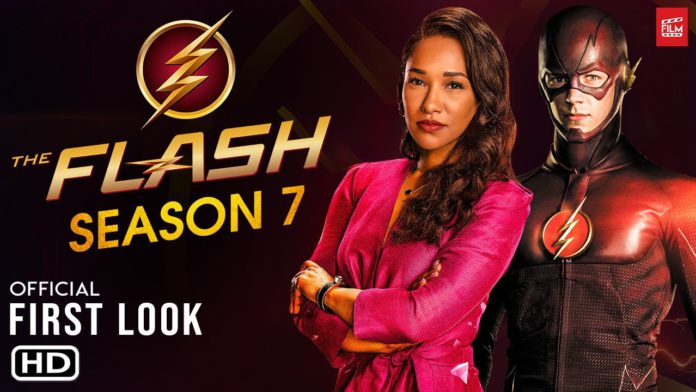 Run Barry Run! Once again we are going to hear this words. Since the show Arrow had its final episode run, this American TV Series The Flash has taken over the expectations of fans and held CW’s head high. Now The Flash is back with Season 7 and here’s everything you should know before watching it.

Based on DC Comics, The Flash which has entertained its fans with six seasons so far and is back with one more. Ever since, the Pilot Episode aired the showrunners have given exceptional episodes so far. The all New Season 7 of The Flash is all set to achieve the anticipations of their fans. Initially, The Flash (The Future Favors The Past) Season 7 was expected to get released on 23rd Feb but the showrunners pushed back the date to Tuesday 2nd March at 8/7c, on The CW Network.

What To Expect From Season 7!

Since Season 6 had to run its course early due to the pandemic, this new season will be premiering with the previous season’s backstory, where we will find out Iris is stuck within the mirrorverse. Season 7 is going to be a spin off of Arrowverse. The Premiere episode of Season 7 “All’s Well That Ends Well”and second episode “The Speed of Thought” is the summarization of last three episodes of the previous season which had to be cut off due to filming restrictions because of the Coronavirus. The exec Eric Wallace in an interview explained how Season 7 is going to be “Even Better” than what they could have expected it to be before, in this season the fans will get to see the waited ending of one and the beginning of a new villain’s. “I think it’s making it stronger because it’s forcing us to look at these two separate things-which is the end of Eva’s story and the beginning of next villain’s story and how she relates to Barry and Iris”.

Also Read The Flash Season 7: Check Out The Release Date, Cast, And Expectations From The New Season!