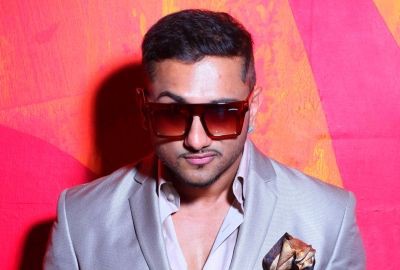 Honey Singh is one of the names of the music industry which needs no introduction. He was the one who actually brought the “Rap Culture” into the bright picture and got the huge fans of love. After the comeback of Honey Singh, he is again topping the charts and fans are yet here again with many questions like Honey Singh Net worth?

So if you also want to know everything about Honey Singh then you are at the right place.

The birthday of the Rap king comes on 15 March. On this years birthday, he will turn 38. He was born in the year in 1983 in the city of Hoshiarpur, Punjab.

He started his music career in around 2011 and had golden albums filled with songs, which are still on top of everyone’s playlist. Honey Singh net worth is more than 180 Cr. And this would have been more if he wouldn’t have had missed his valuable years in the past.

Kylie Jenner Net Worth, Kylie And Travis Scott Still Together?

Honey Singh net worth is the outcome of his years of hard work and determination he has given to the music and hip hop culture. He started his career with hits like “Angreji beat” with Gippy Grewal. Well after this his hits like – “Brown Rang”, ” Issey the hip hop “, ” Blue eyes “, and so many more which actually defines the Vintage Honey Singh gave him the ultimate success.

He gave also hits in movies like ” Lungi Dance ” in King Khans Chennai express. And also “Party All Night ” In Boss. He has a long list of hits and that what’s makes him the Rap rockstar.

After years of fading, Honey Singh returned in 2018 with his track “Makhna” and clearly made his mark on a comeback. Also, he gave music in hits like “Dil Chori ” of Sonu Ke Titu ki Sweety and “Kem Cho ” Of Bazaar. His recent track “Machega ” Is also gaining a lot of love from fans.

Talking about his love life, Honey Singh always had a simple love life. He may have got involved in many other social controversies but his love life was sorted way before his successful career began. He married Shalini Singh in the year 2011 and now it has been a beautiful 10 years of their marriage.

With this, we wish him a very Happy Birthday.