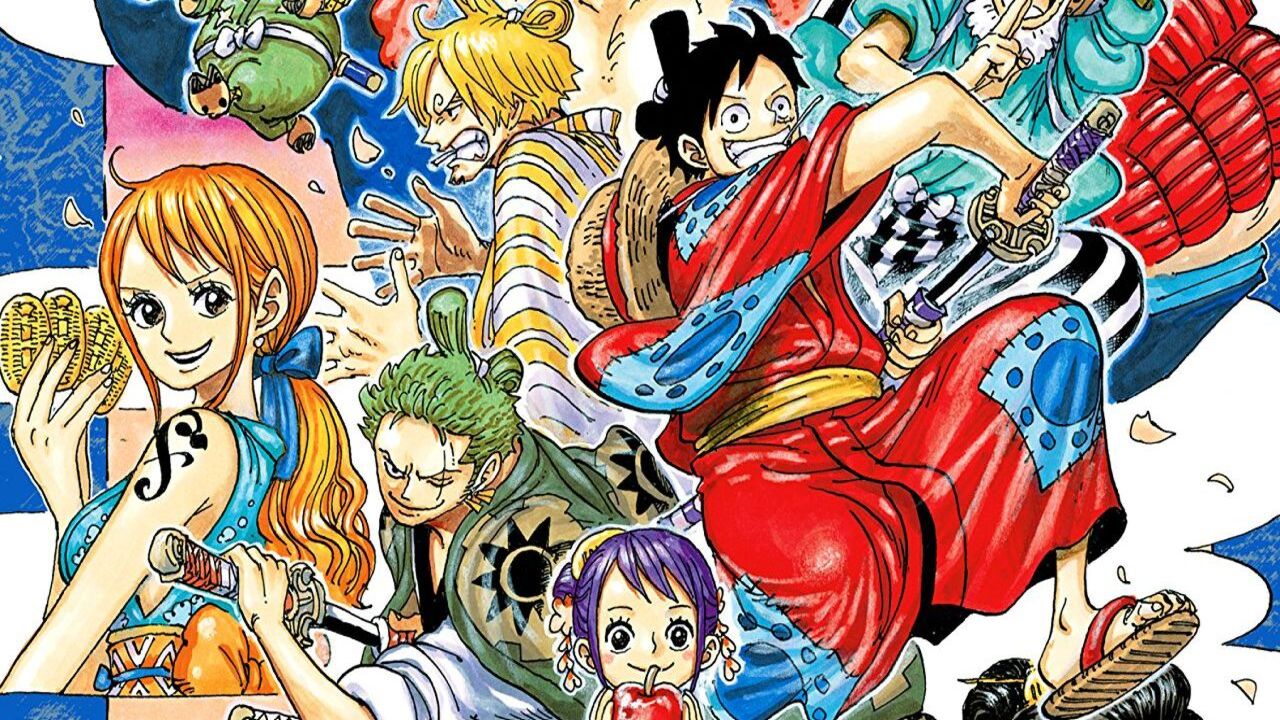 The Wano arc is taking some surprising turns as Chopper once again shows the fruits of his private training. The Eiichiro Oda wrote and illustrated manga “One Piece” is making some huge waves in its current arc. Currently, the future of Hyogoro and his crew lies in the hands of Chopper as he slaves in order to create the cure to Ice Oni. Read more about One Piece Chapter 1008 including raw scans, spoilers, release date, and more.

Recap Of One Piece Chapter 1007

In the end of chapter 1006 of One Piece, we witnessed that Hyogoro and the others were being completely overpowered by the Ice Oni, and as even Hyogoro began to succumb to the effects of the Ice Oni he willingly asked Yatappe to end his life before he kills his fellow men. The One Piece Chapter 1007, titled “Mr. Raccoon Dog” came as a soothing balm to all the Shōnen fans who were almost on the verge of being a lost soul.

In the beginning of chapter we witnessed that almost all the captains were defeated and we also witness the emotional struggle that Yatappe is facing, as he his about take the life of his father-figure. As the Ice Oni began to harm both sides, Queen’ men began to ask him to rescue them from the virus he made, but Queen left them to die while also complementing his creation; the Ice Oni. 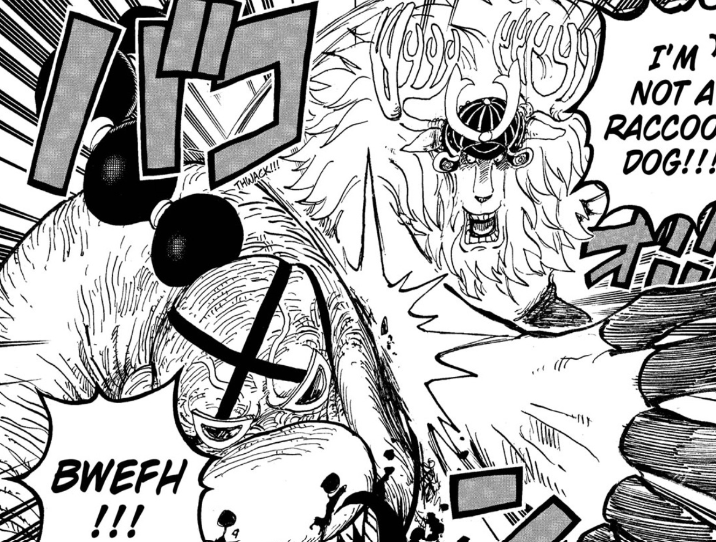 This not only made them retaliate the battleground became a zombie hunt as the people who were yet to be infected by Ice Oni begun to attack the ones who had succumbed to this virus without any discrimination.The moment Yatappe’s blade reached Hyogoro’s neck, Chopper came to the rescue and administered the antidote to the virus(Ice Oni). But it wasn’t just Hyogoro who was affected by the virus, but many more souls were losing themselves to the virus. To cure them Chopper administered the antidote through a mist bomb, this not only cured everyone but also turned Queen’ men against him. And after taking the rumble ball and growing to the size of the now transformed Queen Chopper threw a huge right at Queen while also saying, “I’m not a Raccoon Dog”.

After this we see…

that Momonosuke, Yamato, and Shinobu are still being pursued within the Skull Dome. While escaping Momonosuke began to question himself as he was riddled with guilt and soon turned into the small dragon-like creature. Soon we get a view in the guest parlor, where one of the agents reminisce that Vegapunk had extracted Kaido’s Bloodline to artificially manufacture Devil fruits, but wasn’t successful in doing so. While the Straw Hat pirates face off against Kaido the Nine Red Scabbards are trying their best to patch themselves up and rejoin the fight and as they are about to leave out of the treasure repository, they are greeted by a completely healthy Kozuki Oden.

Release Date Of One Piece Chapter 1008 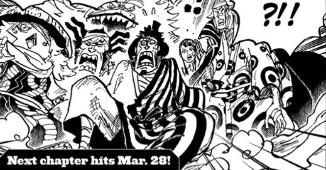 The next chapter of this amazing Shōnen manga will be coming to its fans on March 28, 2021. In One Piece Chapter 1008, we might get to see a rumble between Queen and Chopper, while the Nine Red Scabbards and Oden join the battlefield. We might also see some hijinks among Momonosuke, Yamato, and Shinobu.

Where to Read the Next Chapter?