Who is Aaron Rodgers dating? Engaged to Shailene Woodley? Relationship timeline and History

Is Aaron Rodgers dating someone? Are the rumors about Aaron Rodgers Engaged to Shailene Woodley true? Keep reading to known all about it.

Before getting into the love life of Aaron Rodgers and knowing about whom is Aaron Rodgers dating and all. Let’s begin to know a little about him. Aaron Rodgers is a 37-year-old American Football quarterback for the Green Bay Packers. He has made a great career in football and has given decades of hard work and determination to it. He was recently awarded “The Most Valuable Player” Award in NFL honours, which clearly describes his excellence.

Yes, Aaron Rodgers is currently in a very special relationship with Shailene Woodley. They are also engaged with each other now and are looking for a bright future ahead. Aaron started dating Shailene in September 2020 after his breakup with Danica Patrick in July 2020. Shailene and Rodgers make quite a couple and will surely have a great life together. 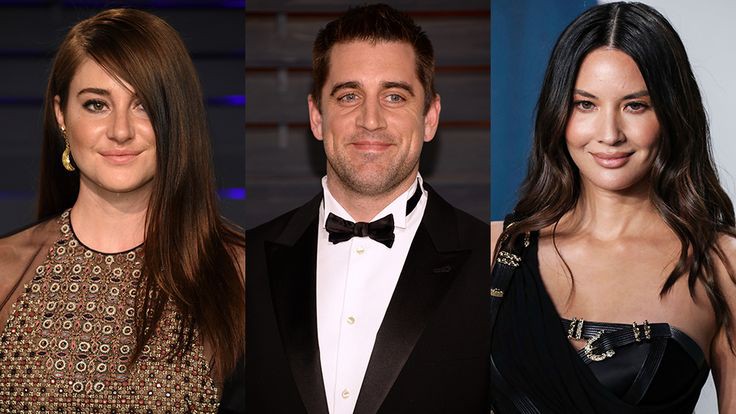 Also, Read Who is Zendaya Dating, Relationship Timeline and personal life of Zendaya

Well getting towards the love life and relationship history of Aaron, it’s no less than a journey of ups and downs. The struggle of finding the right kick was the same both On & Off the field for him. Let’s have a look at Aaron Rodgers dating history:

Jessica Szohr: Aaron Rodgers dating Jessica started in 2011, however it was short-lived and they ended up real soon. There were rumors that they tried their luck again in 2014, but again they were just not on the same page. Olivia Munn: Aaron Rodgers dated Olivia Munn for a period of three years from 2014 to 2017. However, in the end, things didn’t work out from both ends and they head their separate ways.

Kelly Rohrbach: Aaron Rodgers was rumored of dating model Kelly Rohrbach in the year 2017. However, there was no confirmation from either of them. Danica Patrick: Danica and Aaron had beautiful 2 years of relationship from 2018 to 2020. The couple looked real serious before they called their quit in July 2020.

This was all the past that Aaron had. But talking of now, Shailene Woodley is her present and her future. Surely they make a beautiful couple and will have a great love life ahead.

Also Read Who is Halsey Dating, Relationship Timeline, and More