Ken Miles Death Cause: How did Ken Miles Die? Explained 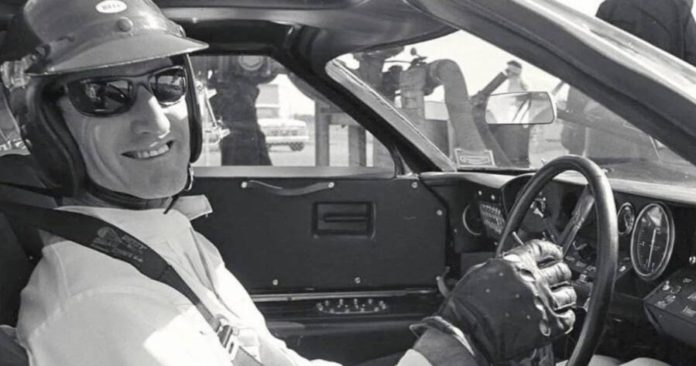 There are some legends that would never die, as they live on not only as mere old man’s tale but also become stories that inspire others to greatness. One of these legends being the one who chased the winds, Kenneth Henry Miles who rose to fame as a British sports car racing engineer and a world-class driver. Miles was born on November 1, 1918, in The Royal Town of Sutton Coldfield. Ken Miles Death

The Dawn Of A Legend

Miles was in love with the magic that ran cars so much that, when he turned 15 he decided to leave school and began to work as an apprentice at Wolseley Motors. But he soon found out that he was lacking some mojo to work around an engine, so Wolseley Motors sent him to a technical school to broaden his horizons in this field.

After participating in a few motorcycle races he soon began to serve in the British Territorial Army in World War II for a duration from 1939 to 1945. In the year 1942, he earned the rank of staff sergeant, and soon he was stationed in a tank unit that participated in the Normandy landings that occurred in the year 1944. After the war was over he soon turned back to his passion that was the sweet humming of an engine, as he began participating in races in which he would often drive Bugatti’, Alfa Romeo’ and many more. Ken Miles Death

Miles’ Cause Of Death

There were two major leading car models in Ford’s arsenal which namely are Ford GT40 Mk.II and the successor to this sweet ride, Ford J-car that showed exceeding potential in the springtime Le Mans trials but also had its own deficiencies. After a few more deliberations and unfortunate accidents, the officials decided to stick with the proven Ford GT40 Mk.II, and continued to improve on it. In 1996 the Shelby American again began testing and improving the J-car while Miles was playing the role of the primary test driver.

After spending most of the day at Riverside International Raceway, Miles was reaching the end of the track’s 1-mile stretch and was going downhill at top speed when the car suddenly looped, flipped, and immediately caught fire. Though the car ejected Miles out of the fire-fueled mess, it ended up killing him instantly. This immensely sorrowful accident did give the engineers on the J-car project a drive to install even more safety measures to ensure that such an accident doesn’t occur again. Ken Miles Death