- Advertisement -
Home Top Trending Entertainment The Eternals Release Date, Cast, And Everything You Need To Know About...
Top TrendingEntertainmentCelebritiesMovies

The Eternals Release Date, Cast, And Everything You Need To Know About Marvel Comic 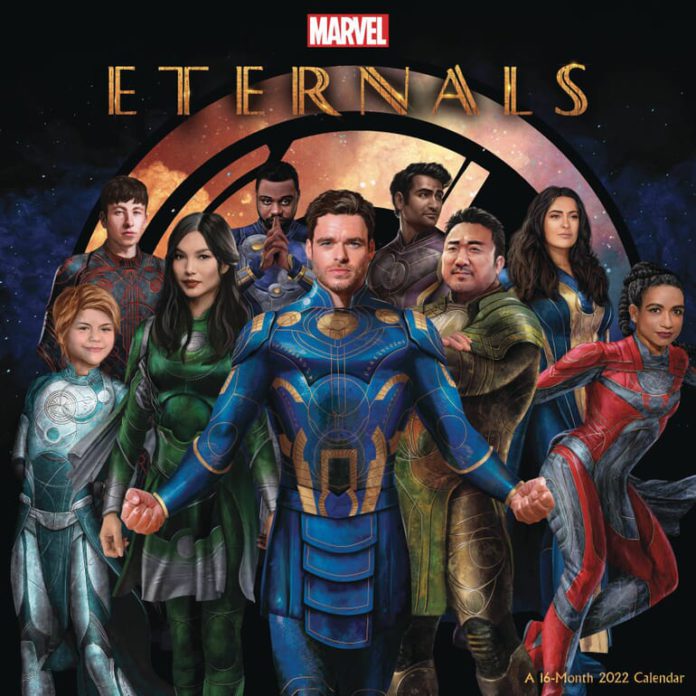 The ardent and regular followers of Marvel Comics already know about the upcoming Marvel comic Eternals. We all are anticipating the announcement regarding the Eternals Release Date. However, the MCU (Marvel Cinematic Universe) fandom might not be quite savvy about them. So, here we bring to you all must know stuff about the upcoming Eternals cast, preview, what to expect, and much more. The following content is carefully selected for both MCU and Marvel Comics Fans.

Eternals movie is a forthcoming movie of Marvel Studios Phase 4 ( Spiderman: Far From Home putting an end to Phase 3 ). The story centered on the main theme of the marvel comic that is Eternal. Moreover, It is called to be the 26th Film of MCU. Its original Eternals storyline was presented by Jack Kirby. As per the sources, the production is handled by Marvel Studios itself. Whereas as usual, Walt Disney Studios Motion Pictures is known to be the biggest distributor of the upcoming  Marvel Comic Eternals.

Further, the movie is directed by none other than Chloe Zhao, Likewise, Kaz Firpo and Ryan Firpo, accompanied him with the screenplay and script of the movie. The movie is definitely expected to be awesome after all it is the intellect of these two amazing writers. But who will be joining as a Cast of Eternals and when is the Eternals Release Date? Moreover, we have heard many great things about Eternals cast.

Subsequently, the film was made public in 2018 by Kevin Feige (President of Marvel Studios). The Eternals accounts for a budget of $200 million aggregately.

Let’s move towards one of the most vital elements of a film, The Cast. The Eternals seems to have surely a magnificent main cast. In fact, they have cast Angeline Jolie in the role of Thena: this character is also known as “fierce warrior”. She will be playing the role of daughter of Zuras who was the head of The Eternals in past for once.

Moreover, Thena is capable of forming any weapon through Cosmic power while her favorite one is a spear and a crossbow that attacks with cold energy. Isn’t it bewildering? The ability to making one’s own weapon, like Thor, made Stormbreaker. Anyways, keep reading to know about the Eternals Release Date.

Furthermore, we will watch Richard Madden in the character of Ikaris, the second mightiest Eternal on Earth who is known to be all-powerful and is the leader of the Eternals Team. Infused with Superhuman Strength he can fly, cast cosmic powers from eyes on other objects. Are you also relating his powers to that of Vision?

Kumail Nanjiani in the role of Kingo: known for his tactical moves and skills with swords. He is an excellent samurai with perfect swordsmanship but in the movie, he is presented as a Bollywood Actor (inspired by Hrithik Roshan).

Lauren Ridloff in the character of Makkari: the super-fast. She channelizes her cosmic energy to make better her speed, as well as sonic booms, which are created by her. Although these sonic booms don’t affect the cause of her deafness.  Lia Mchugh in the role of Sprite: child looking Eternal. She is great with manipulation skills which she uses to play pranks on others.

Likewise, we will also see Brian Tyree Henry in the role of Phastos, the inventor who combines his cosmic powers and technology creating weapons that have the deadliest capacities. MCU has decided to make Phastos’s character as Gay, paving the way for more recognition to the LGBTQ+ community. Marvel must be appreciated for its step in making a superhero character Homosexual. Marvel comic Eternals is surely going to be very interesting.

Salma Hayek in the figure of Ajak: Leader of MCU’s The Eternals has all spiritual and psychic ability. She has a majority of her power like others but what makes her unique is that she can communicate to The Celestials – the creator of Eternals. With this power, Ajak is an indispensable part of the group.

Don Lee in the part of Gilgamesh: The strongest Eternal who has the power to cast an exoskeleton of cosmic energy. In the comics, Gilgamesh is at par in strength with Thor and Captain Marvel. Kit Harington in the personality of Dane Whitman: is a human warrior using a sword to fight out.

Gemma Chan in the character of Sersi: the most powerful with matter manipulation. She can manipulate matter in whichever way she wants like she transformed a weapon into an animal. With so many manipulation powers, she is also quite dangerous because she can destruct and demolish whatever she wants. Her love interest lies in Ikaris. Sersi is shown to be a museum curator in The Eternals.

Barry Keoghan in the character of Druig: The mind reader. Druig has the power to read people’s minds and manipulate their thoughts according to his wants. He is also great with Telepathy and later departs from the Eternals teams because of disagreement.

In 2018 when the film was announced, it was planned to release it by 2020. Later the dates were finalized to November 6, 2020. Alas! Due to the world pandemic of the Covid -19 Virus, the film couldn’t manage to release on the scheduled date. So, a decision was made to release it on February 12, 2021, but again due to a new strain of the Corona Virus, the dates are now shifted to November 5, 2021. Hopefully waiting that it to premieres on the scheduled date this time.

The film’s storyline would focus on the events after Avengers: Endgame (2019). Again there would be catastrophe leading to a high danger on humans lives on earth. This time The Eternals would come up to save the earth from the evil Deviants. Moreover, The Eternals are immortals as the name suggests and they are created by Celestials. Now we surely can’t wait for the Eternals Release Date.

Celestials who are the Space Gods came to earth millions of years ago and conducted several experiments on our ancestors. The experiments done by them resulted in creating two different breeds of superhumans: The Eternals and The Deviants

The Eternals are superhuman with powers of cosmic energy and by the physique, they are similar to humans. As their name, they are Immortal and can survive worst of worst conditions either it’s a disease outbreak or environmental phenomena.

The Deviants on the other side are physically unattractive and unstable. They too have superpowers but they enjoy causing havoc and destruction, unlike Eternals. Further, They have deep-rooted anguish and hatred against The Eternals. We already know a few Deviants like Thanos and Ego.

Introduction Of Eternals In MCU

You all must be pondering over that if Eternals were here on earth before humans fully evolved, then where were they when all the Avengers fought against the villains?

MCU has planned a theory to satisfy the quest of its fans. According to the theory, The Eternal’s memories were faded and erased over time. So, none of them remembered their superpowers and that they are super humans but when Thanos appearance and his defeated by The Avengers. The dormant memories of The Eternals awakened and they again got acknowledged about their powers.

The Marvel comic Eternals is surely going to be an amazing movie of Phase 4 of MCU with thrill, twists and as always with its marvelous VFX technology. We all are zealously waiting for The Eternals Release Date.

We are immortal, we are protectors , we are not at all you have been told we are ,