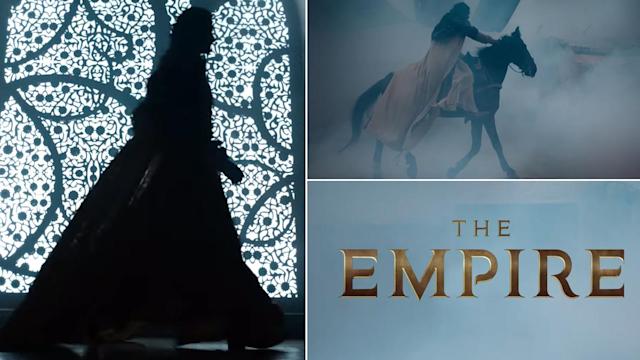 Disney+ Hotstar has been bringing gems of work to it’s viewers. Whether it was spectacular ‘Grahan’ Or ‘November Story’. Disney+ Hotstar is providing amazing contents for the audience. Now it’s coming with a bang like ‘The Empire’. It is in collaboration with the great Nikhil Advani. Surely it’s going to be a must-watch work for everyone. It’s teaser has already been released. Let’s know everything about the series here. Like Release date, story, cast and everything else about this Hotstar Specials series.

What’s in the Teaser?

So the teaser is just mind-blowing. The level of VFX used is impressing everyone. It looks like it will be a proper historic saga. The Empire is going to be about the Wars, Kings and their survival. Teaser has been released just few hours back . It has caught everyone’s eye. Surely now everyone is awaiting for the trailer.

More about ‘The Empire’

So now let’s move towards some exclusive news and information. So first of all, this show is going to be based on book ‘Empire of Moghuls’. This clearly tells that it will have tales of the Mughal Empire. Earlier the series was also named on Mughals. But not taking a chance of social and public backlash, the name was changed.

So basically what we can expect is an adventure drama of a dynasty. It may tell you How Babur Started Mughal Empire. Then moving to Humayun ,Akbar and Saleem.

Star Cast of the Show:

Well in the official teaser, nothing has been revealed. There has been no declaration of Cast officially either.

But we do have some names. Talking about the insight sources, here is the cast. The Cast is going to have – Ronit Roy, Kunal Kapoor, and Dino Morea in lead. This is just a start, it’s actually a very long star Cast. It’s gonna be amazing to see the veteran actors doing such roles. The Empire is surely going to be a historic one.

Release Date of The Empire:

Well, there has been no official date announced yet. But you can surely predict that by end of July. Maximum it can extend to the beginning of August.

The Empire is made by the leading filmmaker Nikhil Advani. Nikhil Advani has given many gems to the industry.Like Batla House,D-Day and Kal Ho Naa Ho .It is directed by Mitakshara Kumar. Now such a historic saga is going to be amazing.