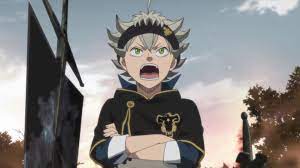 Today we will be talking about Black clover completing its 300 chapters and when the next chapter Black Clover Chapter 301 will be releasing read the following article to know more.

So with Asta back what will happen in the future chapters and how he will defeat The Devil Queen. The chapter ends with Asta’s return and Magicula giving him a stern look because she knows that Asta is the hope that Noelle was waiting for. And maybe because she knows it’s not going to be easy to deal with Asta. There is still no information about what happened to Gaja.

Before get to know about the Black Clover Chapter 301 release date let’s get a quick recap.

Block Clover has recently crossed a massive milestone. Yes, the anime has completed its 300 chapters and the chapter with an interesting storyline. The chapter featured Asta’s epic return to the center stage of the story. It also presented the emotional reunion between Asta and Noelle in the middle of the deadly fight against the devil queen.

The chapter starts showing Gaja collapsing from the sky and there is no clarification whether he is dead or alive. After which Magicula seems impressed by Gaja’s magic. In the past, Gaja did survive and came back by using a very powerful magical technique, so it is assumed that Gaja will come back.

The Devil Queen can be killed by destroying her heart but after Gaja’s attack. But she was able to regenerate so fast using her curse magic.

After which Noelle is the only one left against Magicula and she is not losing hope. Both of them have a conversation where Magicula mentions how devils never try to fight off those who are stringer the=an them. And knowing that Noelle can never defeat her, why is she still trying to fight her.

Upon which Noelle replies that it is the perk of being human. The greatest power of humans is to never give up and that’s what she learned from Asta. Noelle has no chance to win against Magicula but she still stands against her and fights till end. Noelle uses her curse magic to blow Lolopechka up when Asta shows up on his sword. He goes straight to Lolopechka and absorbs the curse.

Magicula looks at Asta and says, “That human is…”

The chapter ends here leaving everyone wondering what will happen. We will know the rest in Black Clover Chapter 301.

The reviews for the chapter are really good and fans really like the surprised appearance of Asta. Anyone can say that it is basically what everyone was waiting for. It will be interesting to see the battle between Asta and Magicula so stay tuned for future episodes.

The new chapter of Black Clover will not be releasing on their schedule as According to ‘Manga Plus’, next chapter will be released after a week and on August 1, 2021. Usually, the chapters are scheduled to release on every Sunday but Chapter 301 will be releasing a week later.

The chapter will showcase Asta joining the battle against Magicula. As we saw in the previous chapter Magicula was surprised to see another human-like Noelle, maybe she can sense Asta’s anti-magic and knows it will not be easy to deal with him.

The chapter has presented the three cloves of Love, Hope, and Integrity and there are possibilities of having to see luck and devil cloves in the coming chapters.  These can be related to Asta and to Magicula.

It would be interesting to see how Asta and Noelle will defeat Magucula. Even after all this everyone is excited to see Asta and Noelle’s reunion and waiting for the next chapter.

Let’s see what we can expect from Black Clover Chapter 301.

As the next chapter is supposed to release a week later fans are coming up with what may happen in the next chapter. There are different theories regarding how Noelle can help Asta to defeat Magicula. There are also predictions about whether Gaja will come back or not. Gaja has already defeated death one time so he can come back again. Whatever it will be surely exciting.

Many have also predicted that currently volume 30 is going on and there are chances that this volume will end with chapter 303 or 304. So, there might be something big on the way.

Where To Read Black Clover Chapter 301?

The latest chapter will be available to read on different online platforms to read. You can read the latest chapter of Black Clover on VIZ Media and Manga Plus. The platforms may require you to buy the membership in order to read the chapter and the whole Manga Series. But that would be totally worth it.

So, what do you think will happen in the new chapter, and have you read the last chapter, don’t forget to share your thoughts in the comments.