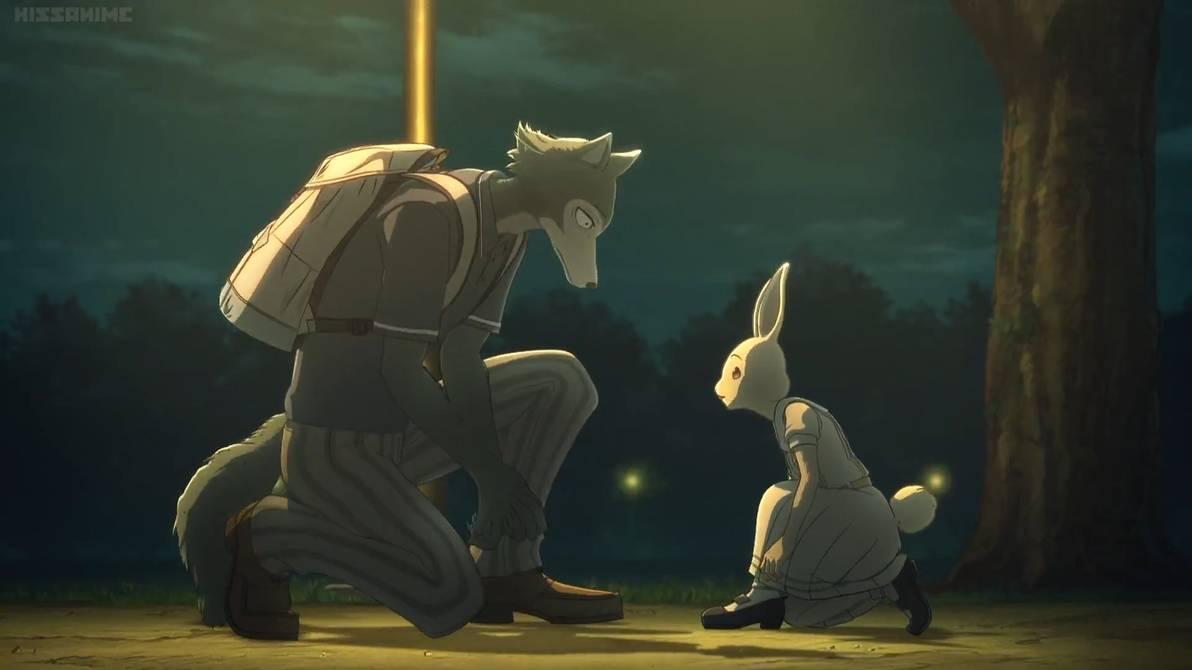 With the recent release of Beastars, everyone is excited to see what will happen in Beastars Season 3.

Beastars is an anime series based on the Manga Series with the same name. After the manga has become quiet popular, Studio Orange decided to make an anime series of the manga. The series has completes its two seasons. The second season was recently released and everyone is excited for the third season of the series.

The series is about a shy wolf as he begins to awake his predatory instincts.

With Beastars season 2 being out now, everyone is waiting for Season 3. We can always hope for the best so here is what you can expect from Beastars Season 3.

Beastars season 2 starts off where it ended in the previous season. Louis is still missing, Tem’s murder case is still unsolved and Legoshi’s relationship is still somewhat weird with Haru. Later we see Jack encountering someone in the halls and tells about it to his classmates. Louis finally returns to the school and it is revealed that he adjoined the Shishigumi.

Later the security guard, Rokume is introduced who is investigating Tem’s murder case. With this much time passed and still not being able to catch the culprit Rokume asks Legoshi for his help in the investigation. We also see how Louis became the leader of Shishigumi and see him eating meat.

Meanwhile, Legoshi is attacked and Legoshi somehow escapes. He decides to go to Gohin and asks him to teach him how to fight. Gohin refuses at first but eventually agrees to teach him. He trains under Gohin very hard to control his urge to eat meat.

Legoshi decides to do his own investigation about Tem’s murder. But the events leading up to a horrible event taking place at the school end up being an encounter between Legoshi and Riz, the bear. Riz is also a member of the Drama Club. Legoshi straight up confronts him about Tem’s death. But before anything could happen Pina interrupts them.

What happened To Tem?

Later it is revealed that Riz, has to take Muscle Atrophy Pills because of his gigantic stature. We also learn that he needs the pills and if he stops taking them he would be dangerous due to the side effects that he may face as the result of avoiding the pills. The only cure to this problem is honey.

The story reveals that Riz and Tem were together in the Drama Club. Riz became close friends with Tem and decides to stop taking the pills because he considered Tem his friend. So, he analyzed that he would not harm Tem even if he does not takes the pills. But the things don’t go as he planned and he ends up killing and eating Tem. Even after all this, he considered that by doing this he and Tem became more close.

Before moving further with Beastars Season 3 Release Date, let’s get a quick view of the final episodes.

Louis who is still at Shishigumi is unaware of all this. So, Legoshi tells him that Riz is the one who killed Tem and that he will be having a duel with him. He asks him to come but Louis refuses. Lrgochi tells him the place and time and leaves. Louis later decides to go and Ibuki takes him there. But before he could leave Ibuki asks him to shoot him. During all this Free comes and shoots him and tells Louis to never come back to the Black Market again.

Legochi I showed eating Caterpillars to gain strength for the fight against Riz but it doesn’t help him much rather than growing his fur.

The final episode shows the fight between Riz and Legoshi. Legoshi is weak and is close to losing the fight against Riz, but Louis asks him to eat his leg so that he can have enough strength to fight. Legoshi does it and regains the strength. Pina who was held captive by Riz somehow frees herself and calls the police. Police arrests both Riz and Legoshi but Legoshi is released soon.

Louis ends up leaving the Shishigumi and At last, it is shown that Legoshi is considering leaving school and go out in the world. we also see Haru telling us to do something about their relationship and season 2 of Beastars ends.

Season 2 ended us showing that Legoshi wants to drop out of school and Haru asks him about what will happen to their relationship. The plot of season 2 was mainly focused on Legoshi finding the killer and did not present much of his relationship with Haru. 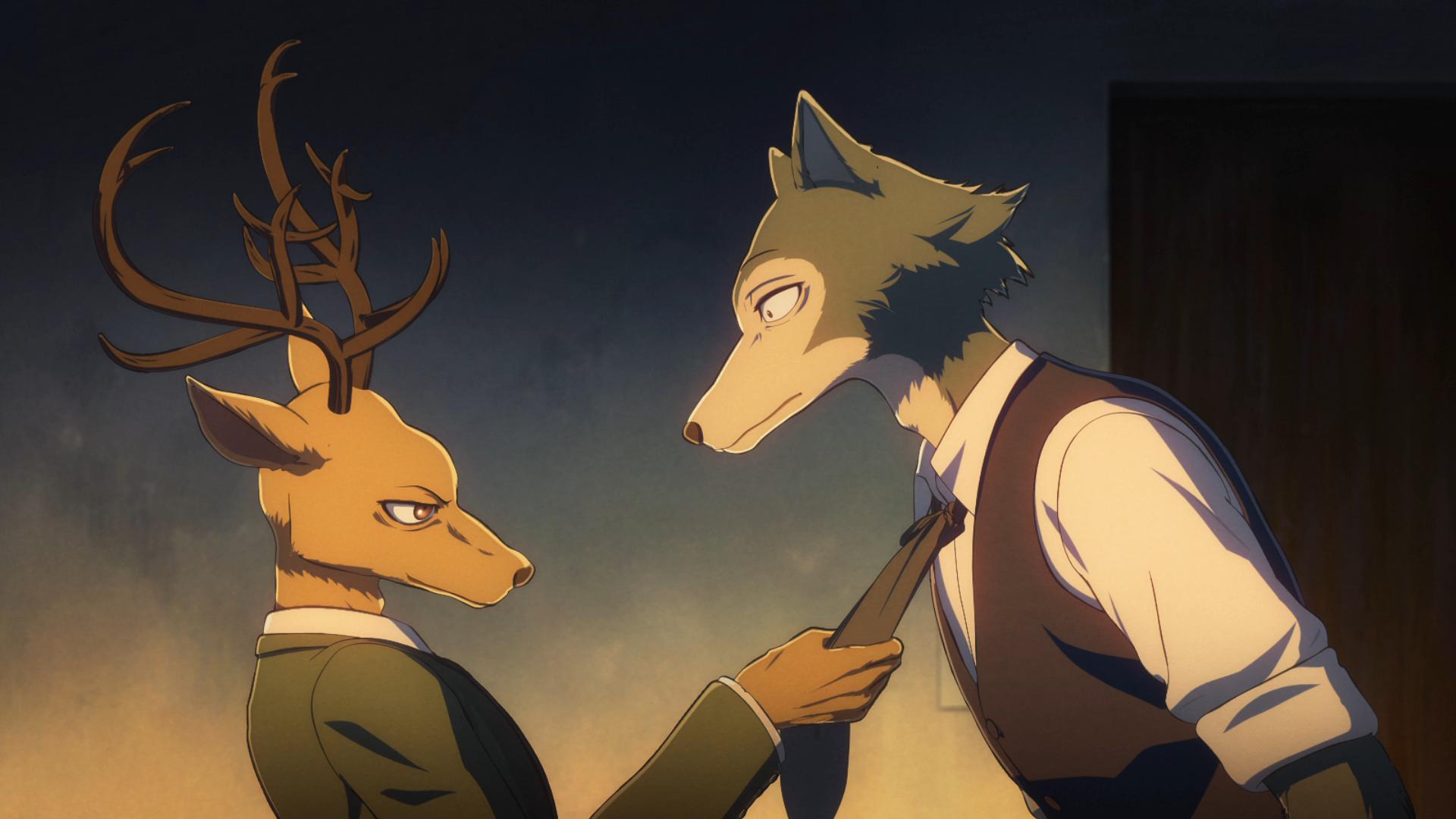 If the series goes according to the manga series. Beastars season 3 will adapt the narrative from Volume 12 of the manga series. We can see two prominent characters who already appeared in the show. These characters could be Melon and Seven.  Melon might come forward to join the Shishigumi after Louis’s departure and Ikubi’s death.

Legoshi might start living in a Hidden Condo, An apartment where both Herbivorous and Carnivorous reside. He may also meet Seven and Sagwan there.

There are still a lot of assumptions made by people who have already read the whole manga series. But fans are still excited to see the next season of the show.

On July 20, 2021, the announcement was made by Orange Studio. Orange Studio posted on their Twitter that Season 3 will launch soon. The release date is not confirmed yet. There will be updates about the release date, cast, and the new characters.

If we follow up the previous releasing schedule of the Anime series then we can tell that the time period between the end of the first season and the start of the second season is about a year. Taking that into consideration we can assume that Beastars season 3 will be released sometime in 2022. 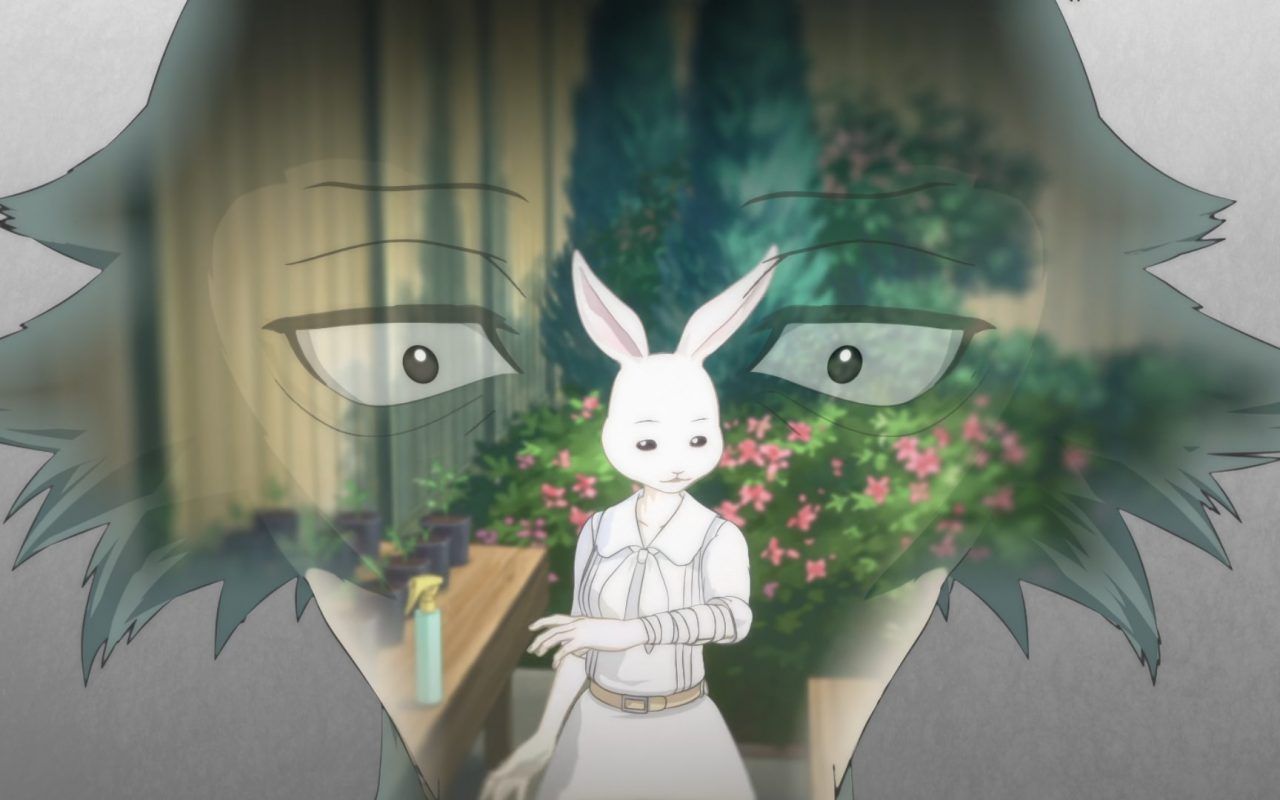 Ques: What studio anime is Beastars?

Ans: The second season of the highly acclaimed anime produced by Japanese animation studio Orange and based on Paru Itagaki’s popular manga of the same name, premiered on Netflix in North America this past weekend following the end of its run on Japanese television this past March.

Ques: How old is Legoshi?

Ans: Legoshi, 17 years old at the start of the story but turns 18 years old in Volume 14, is a towering gray wolf with a quiet personality contrasting his appearance.

Ques: Why did Legoshi turn white?

Ans: Turns out its not blood but tomato juice and haru is fine- but Legosi genuinely thought he killed her- and the shock turns his fur white.

Ques: Who is Legoshi’s dad?

Ans: Being his father, Miyagi is a gray wolf that bears some resemblance to Legoshi. He is a muscular, attractive, and elegant wolf with sharper features, more angular eyes, and a better posture than his son.

Ans: Parents need to know that Beastars is a Japanese anime series based on manga of the same name. … The overall tone of the show is dark and mature, with sexual and violent content that’s not suitable for young viewers.