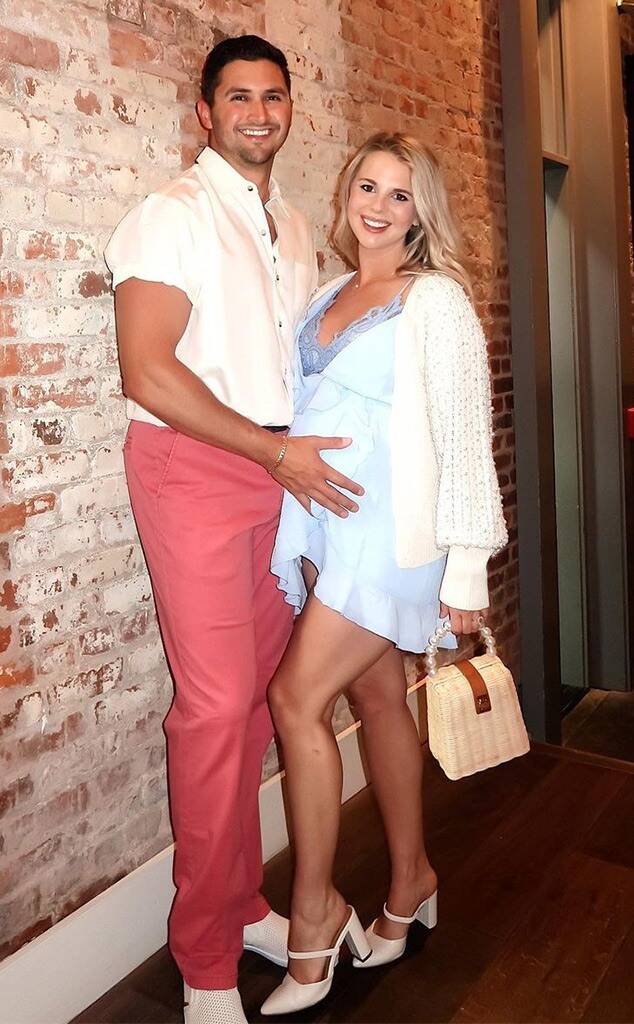 And, they had a baby. Yes, here we come with the news of the newborn. Nicole Franzel And Victor Arroyo have a baby together. And, we have got you all that you need to know about it.

The news was first broke on Nicole’s account. But, victor posted the content from her Instagram account. The post was very cute and is sure to melt your heart. The post had a picture of Nicole holding the hands of the baby. Moreover, the caption starts with thanks to all of their fans. “Thank You So Much For All Your Prayers And Support” reads the post. Moreover, the Instagram post also had details about their new munchkin. Arrow was born at 8:01 AM. Furthermore, it was a C-section delivery and Arrow weighed 6lbs and 15oz during birth. Also, he was 20 inches says, Victor.

Plus, the mother and the baby are perfectly healthy and fine says the post. Moreover. they are also doing skin-to-skin to Arrow. The couple funnily posted that they haven’t kept him down yet. Being born via C-section, they had to give him skin-to-skin. And, we do know how important that is for a newborn. Also, Victor says that he captured the picture while he was changing diapers for Arrow. Victor seems to do his fatherly chores already. And, Nicole Franzel and Victor Arroyo are extremely Blessed and Grateful. Moreover, the couple is excited to share the world with their new happiness – Arrow.

The Pregnancy Journey Of Nicole Franzel The couple got a lot of congratulatory messages from family and relatives. Moreover, the response from the fans of their show and the alums of Big Brother came pouring their wishes. Also, the responses were noted. Tommy Bracco commented “YAY!!!!! Welcome to the world Arrow!!!” Moreover, the couple kept sharing things on Instagram.

Also, Nicole kept telling her followers about her pregnancy story. Her fan followings on Instagram are 774k. And, she keeps updating posts in a random manner telling about the things that she goes through. She also did a reels video on Instagram knowledging the viewers about the essentials to be carried in a hospital bag. Therefore, her fans were very eager to know other updates. She captivated our minds by making us feel like one among her family.

Who Is Nicole Franzel And Victor Arroyo?

Nicole Franzel is an American Actress. Moreover, she is born on June 30, 1992, and is an American. And, she has done a lot of shows on Television. Furthermore, she is very well known for her appearance on Big Brother. She was there in most of the seasons of Big brother. Also, she was born and brought up in Ubly, Michigan. It is very interesting to note that she played for the women’s basketball team in her school.

And, her nickname is Coconuts and her Instagram ID carries the same name. Also, she is very known to keep updating her followers about her doings. In the course of her pregnancy, she posted pictures with detailed captions on Instagram for her followers. Oh yes, she has a huge following on Instagram that accounts for 774k.

Victor Arroyo is an actor known for his appearance in Big Brother. Victor was born on April 20, 1991, in LA. It is very clear to the fans of Big Brother that he is currently the Jury member. Moreover, he was a house guest in the same. Victor Arroyo is known for his roles in The Bold And Beautiful Caterer, The Revengers El Fit Vic, and other movies. He is also famous on Instagram with a following of 257k.

The couple met at the sets of Big Brother. And, they started to date. Moreover, the couple has an age difference of a year. Also, the couple made an announcement that they are expecting their first child. Moreover, this announcement was made in January. And, post this, the couple decided to marry. But, it is to be noted that the couple got engaged already. Plus, this marriage was canceled and the dates were shifted because of the pandemic. But, at the end, they got married. This news was also broke on Instagram where Victor wrote “I can’t believe the day is finally here. Nic and I will finally be married!! +Baby in the oven.” A hashtag that says #arroyalwedding was also being used.

We have got you covered about everything related to Nicole Franzel And Victor Arroyo and their first baby boy. And, if you are keener in looking at them, do check their Instagram accounts. We still have other contents that may interest you. Here is one, Mia Khalifa Is Engaged To Swedish Boyfriend Robert Sandberg? How he proposed