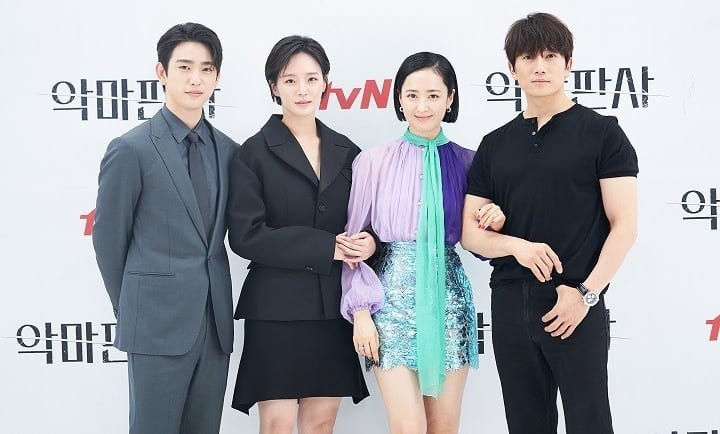 The Devil Judge is a Korean drama series. To get to know The Devil Judge Episode 12 spoilers, recap, and release date, keep reading. It is the dystopian version of South Korea where the working-class people are discriminated against for the profit of their leaders. People harbor hatred towards their leaders. The trials are held in courts that are aired on television. The series is starring Ji Sung, Kim Min Jung, Park Jin-Young, and Park Gyu Young.  The series is scheduled to air 16 episodes, as of now.

Ji Sung as Kang Yo Han is the chief judge who punishes the dishonest and evildoers and has earned the title as people’s hero, In his personal life he is seen as mysterious and no one knows his true intentions and his ambitions are. Kim Min Jung is starring as Jung Sun uh is Yo Han’s biggest rival. He was born to a poor family and now works for the Social Responsibility Foundation and holds enough power to influence the leaders of society. Park Gyu Young is starring as Yoon Soo-Hyun who is Ga Ons childhood friend. She is a lieutenant and she tries to expose Kang Yo Han’s secrets. Recap Of The Devil Judge Episode 11

The chief judge Kan Yo Hun invites both Judge Kim and judge Oh to a dinner at his place to which Judge oh immediately agrees and Judge Kim hesitantly agrees. while at dinner Judge Oh asks chief judge Kang Yo Han what are his hobbies. Is it golf or tennis? he answers that hunting is his hobby. Also, he likes hunting wild animals and says that he has a license for it. At the dinner, it gets a bit tense between Judge Kim and Kan yo hun as they disagree on eating wild animals.

Furthermore, Kan Yo Hun is seen by people as a savior of the poor. He sentences a criminal to 235 years of prison. The President and minister Cha discuss how Kan Yo Hun sentenced a person to 235 years. And how Kan Yo Hun teared up when hearing the story of the worker. Whether the tear was sincere or faked. Moreover, The next day morning Minister Cha comes to the Social Responsibility Foundation. Judge Kim comes to Kan Yo Hun’s office to return a book. Judge Kim says that there is something that is bothering him and says that yesterday’s trial did not strike him as fair.

Also, they have a heated debate on what is justice. However, Kan Yo Hun says that there is nothing like justice it’s just a game. Hearing this Judge Kim gets up and leaves. Spoiler Of The Devil Judge Episode 12

The upcoming episode of the devil judge is going to be released on 8th August. Stay tuned for more updates regarding the trailer and where to watch it.

Where To Watch The Devil Judge Episode 12

The Devil Judge Episode 12 will be streamed on Viki. So fans can watch the episode on Viki.

Trailer Of The Devil Judge Episode 12

The official trailer of The Devil Judge is not released yet.