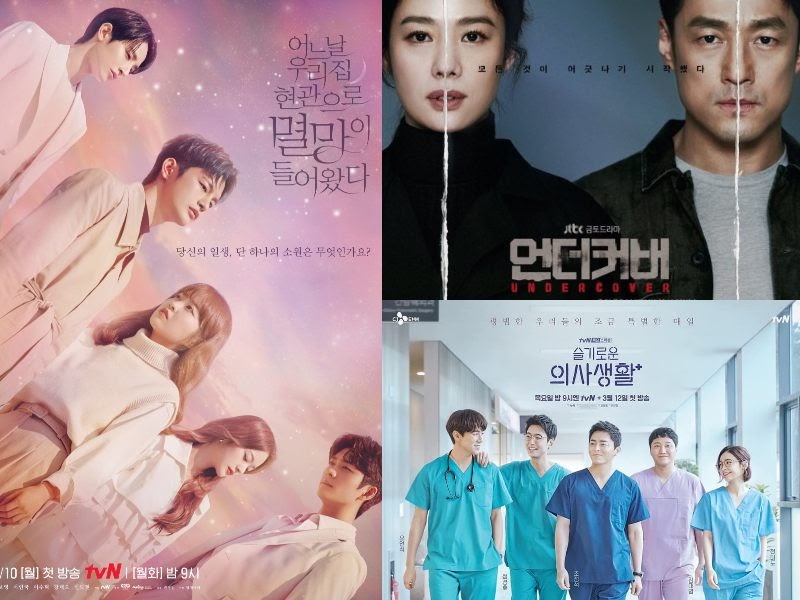 Today, we are not here to tell you about just one Korean drama, but about a number of them. The List Comprises Every Genre Found in the Korean Drama Universe. To find more about each show that Netflix Korean Drama 2021, Highest Ranking K-Drama has to offer, as well as its ranking, Continue Reading the Article.

In contrast to many American Tv and Online shows, Korean dramas are much more episodic, with most of the shows spanning 12 to 13 episodes each. They have catchy soundtracks Too. Which Makes them Easy To Binge and Thus This has lead to an increase in their Popularity. Netflix has given these K-Drama series a boost. Which I guess Is Never ending.

As a result, below is a list of Netflix Korean Drama 2021, Highest Ranking K-Drama You Don’t Want To Miss 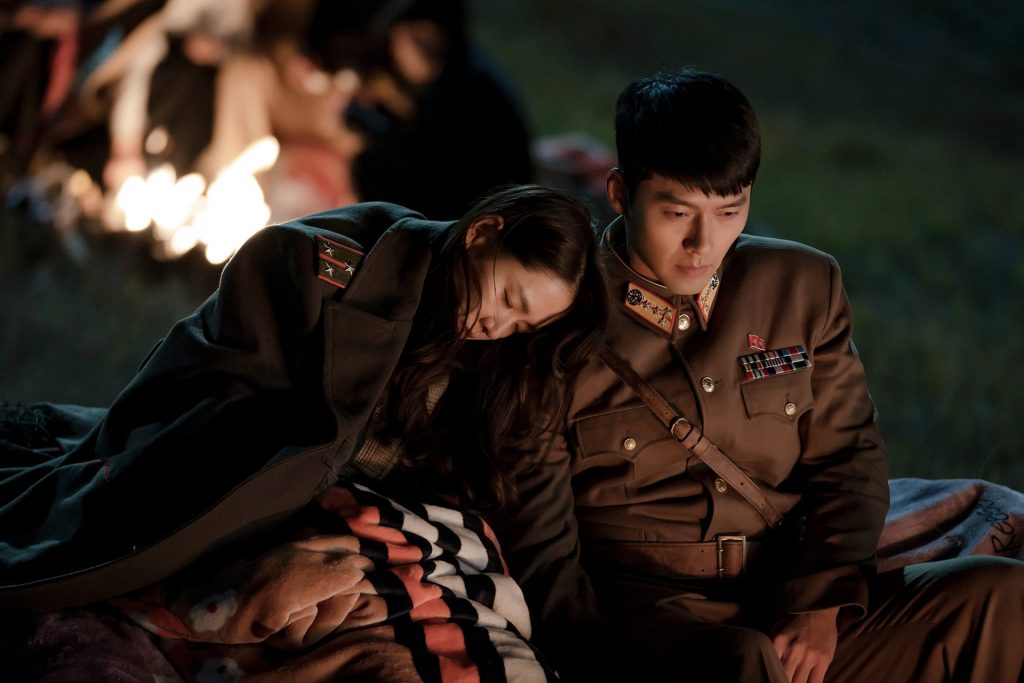 If you have been Into  Korean Drama and Have been part of its fanbase for quite some time Then you must have been Refferd or you have been told to watch Crash Landing On You at least Once.

The world’s best love tale of a chaebol heiress who touched down in North Korea after a paragliding mishap and a North Korean elite officer who falls in love with her and is concealing and safeguarding her.

And If Rom-Com is your Cup of tea. Plus Want to watch A K-drama Perspective Of the Genre. Then This should Be your first pick for Netflix Korean Drama 2021, Highest Ranking K-Drama. 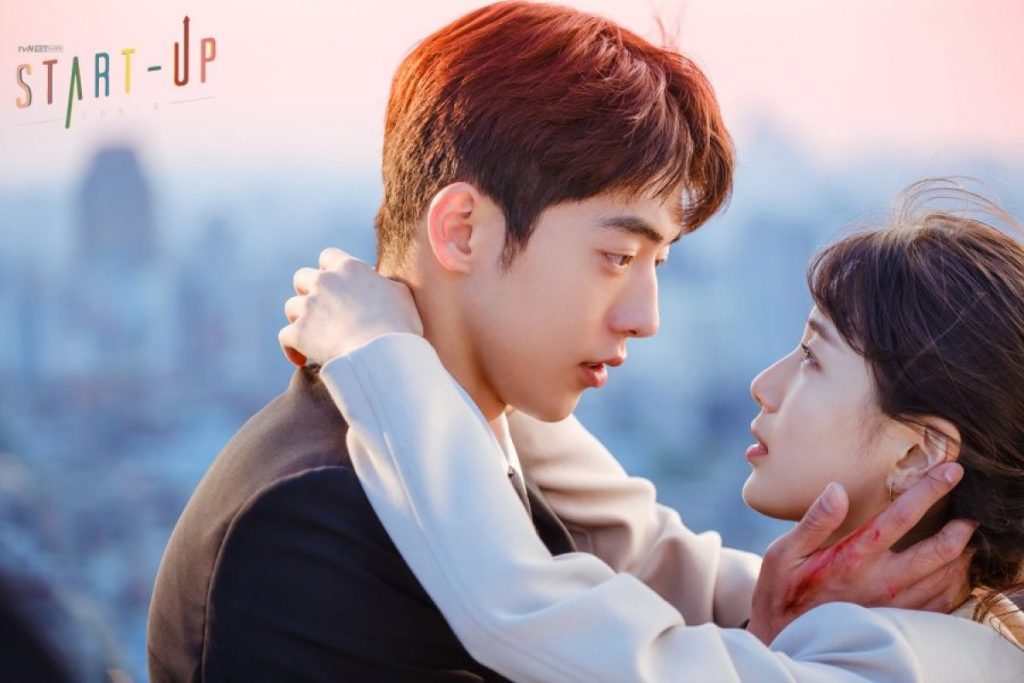 If You Have watched numerous Enterpeureship driven Movies and show whether It is Steve Jobs Vs Bill Gates or Shark Tank. And You wish to watch the content with Bit Korean taste then I must say Go for this. Binge it!

As the title suggests,  ‘Startup’ is all about a firm. In fact, it would is one of the most awesome, Netflix Korean Drama 2021.
In which Seo Dal-mi (Bae Suzy) aspires to be South Korea Next Big Entrepreneur And to be counted among the Big Names Like Steve Jobs, Bill Gates, Warren Buffet inspired by her late father. In the story, She meets Nam Do-san, the creator of Samsan Tech, through a childhood event.

(8) Romance is a Bonus Book 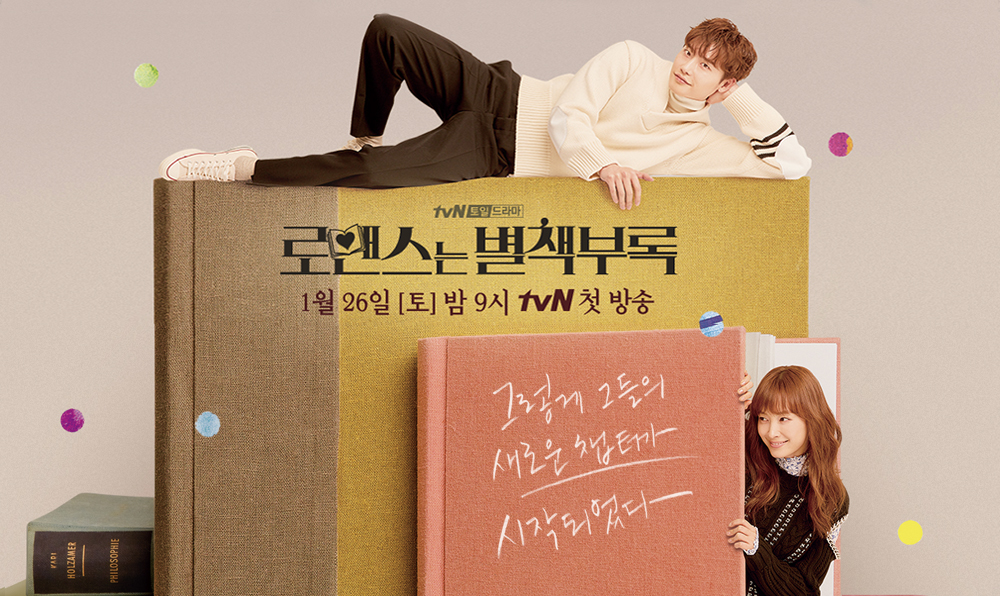 This series has its own American equivalent, allowing viewers to have opinions about both the Korean Drama and American produced shows.

The story starts with Cha Eun Ho is a renowned and attractive writer who also happens to be the publishing company’s youngest head editor. He has a calm temperament and maintains a fair approach at the job. He subsequently gets entangled in the lives of his boyhood buddy Kang Dan Yi, a renowned copywriter. In a rush to find work, she conceals her history and begins working as a temporary employee in the same building as Cha Eun Ho. A love tale begins to emerge as they become heavily engaged in each other’s lives. 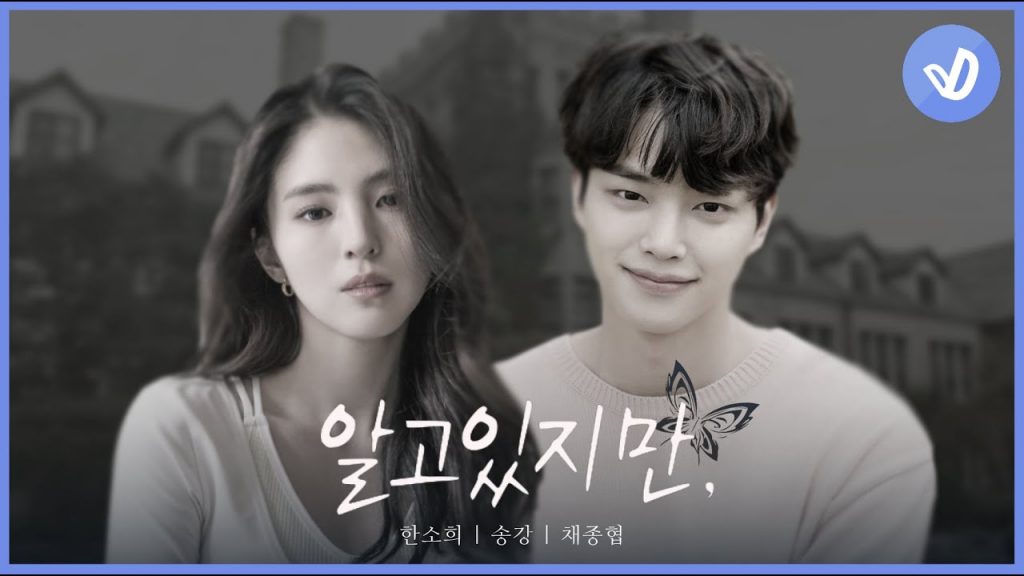 Nevertheless, based on a famous webcomic of the same name, seems distinct in its depiction of current dating life in Korea, showing some of the most genuine, sometimes internal problems of what it’s like to date in your twenties.

Han So-Hee plays Yoo Na-bi, a university art student who has lost faith in love after finding her lover has been cheating on her. She is immediately fascinated when she meets Song’s Park Jae-eon. Despite their initial connection, the two are hesitant to get into a relationship owing to their individual fears of love.

It is a mu8st watch for those who are Here for love-centric K-Dramas from Our list of Netflix Korean Drama 2021, Highest Ranking K-Drama You Don’t Want To Miss.

Read More-Nikki Stanton and Sam Kerr Split? Everything about Rumors! 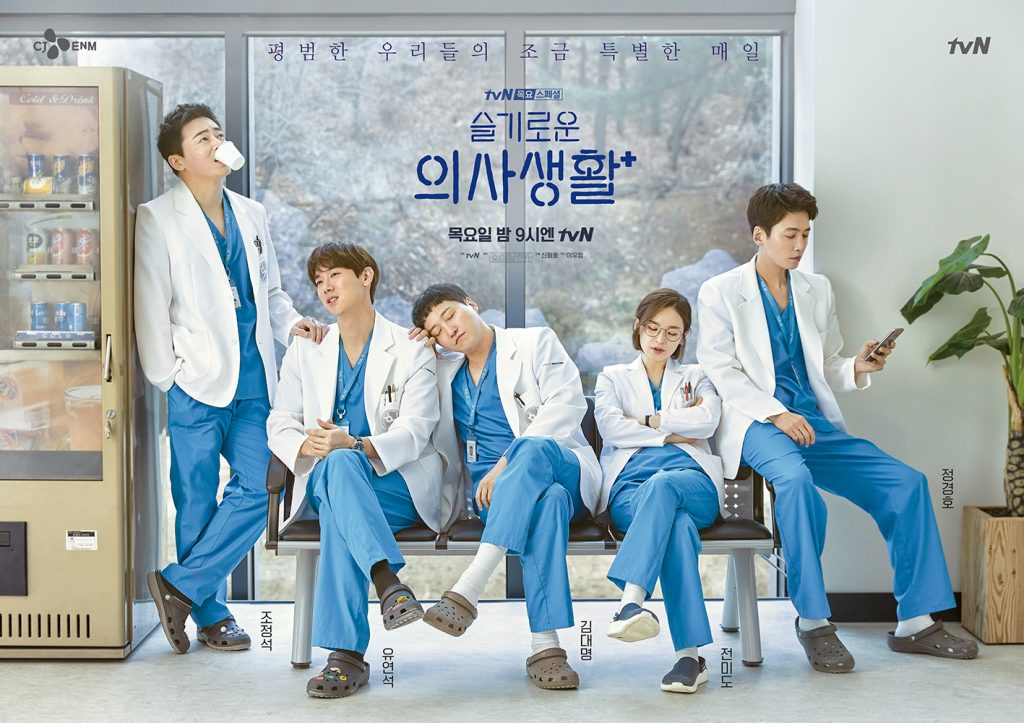 Hospital Playlist is a one-of-a-kind Korean drama that spans many seasons. The hospital drama’s season 2 is presently streaming weekly on Netflix, following the narrative of a group of physicians in their forties who have been buddies from medical school in 1999. Hospital Playlist is a genuine group drama that is great for Grey’s Anatomy viewers but feels distinct in its focus on a friend-group with such a lengthy relationship. 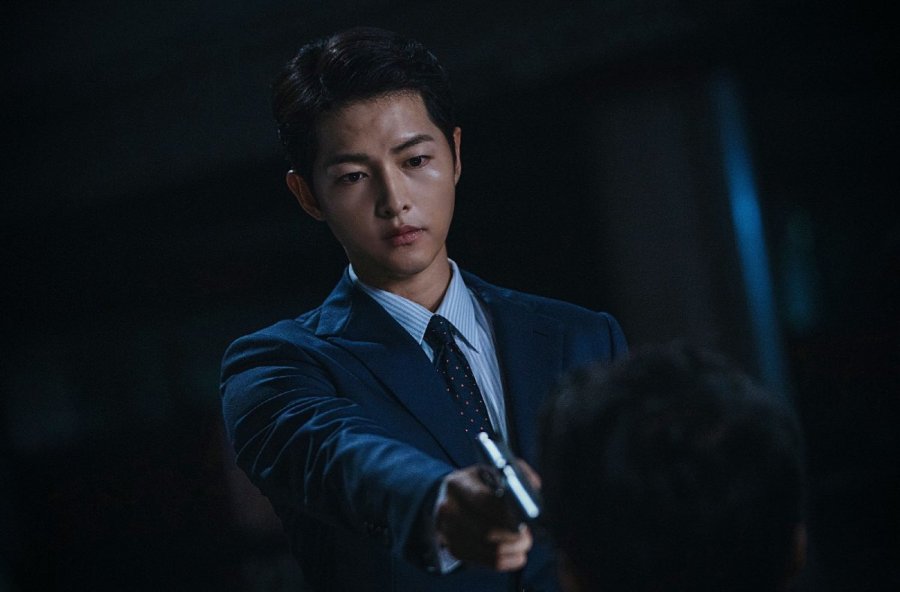 It’s unusual to see the Italian mafia in a Korean show, but Vincenzo makes it happen. This dark comedy-drama features Vincenzo Cassano. Who is an attorney and the adoptive son of a mob leader in Italy. Vincenzo, who was raised in Italy and now is strongly engaged with the gang. Comes back to South Korea as a grownup to claim his rightful possession of Geumga Plaza. In addition to that recover the hidden cache of riches concealed inside its basements. However, the property was already acquired by a real estate company, causing Vincenzo to battle for his right to live there.

And if a pinch of action and a pinch of criminal thriller seem like the perfect combination for you, here is our advice. No doubt it made to Netflix Korean Drama 2021, Highest Ranking K-Drama You Don’t Want To Miss.

Craving for horror television and that bit of shivers down your spine? And that gives you an adrenaline rush. Then Korean television apart from Rom- Coms provides a number of Binge-worthy horror series for you all to choose from.

Kingdom, a historic zombie series set in the seventeenth century. It is Among those shows which provided Korean Drama with a place on the international stage. Moreover, It’s rare for a K-drama to have more than one season. Kingdom already has two seasons, and a third is expected soon. You might enjoy this if you’re searching for a longer-running K-drama that prioritises sheer terror over a love story. Further, we would recommend it to people who enjoy a good dose of fear and adrenaline. 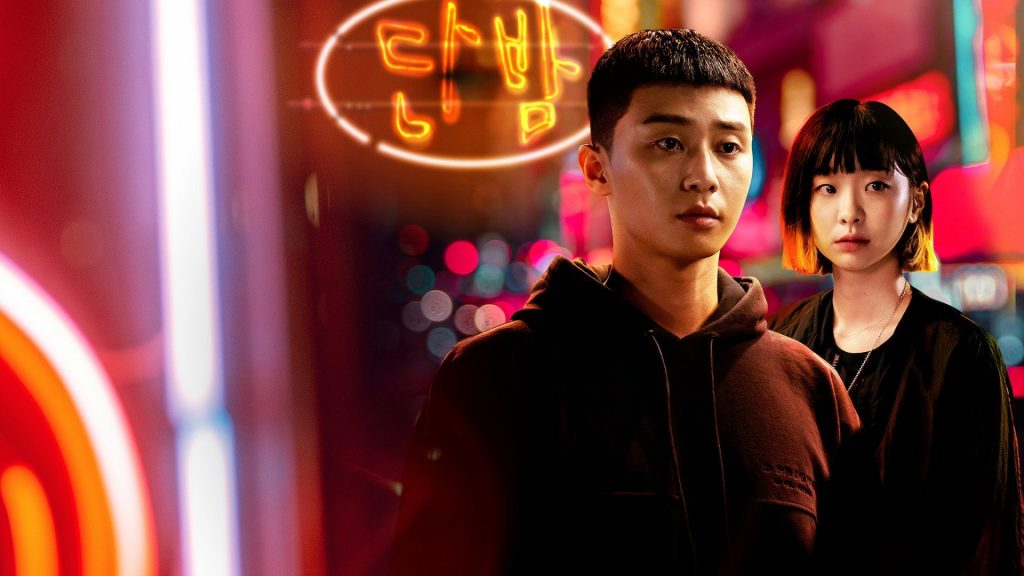 Itaewon area is a hotbed of dramatization, and this tale of retribution and love is no exception. There is a group of social misfits that seek sanctuary in Park Sae-Ro-Itaewon Yi’s Restaurant, DanBam. Along with Sae-Ro-father, Yi’s they seek to bring down the very same corporate magnate.

The show turned out to be a huge hit, and it featured the first transgender character in a prominent Korean Drama series. No doubt it made to Netflix Korean Drama 2021, Highest Ranking K-Drama You Don’t Want To Miss. Eugene Choi, a former slave who became a U.S. marine, falls in love with Go Ae-shin. Empress Myeongseong’s murder, the Russo-Japanese War, and Gojong’s forced abdication are just a few of the historical events that serve as a background to the series’ epic tale. 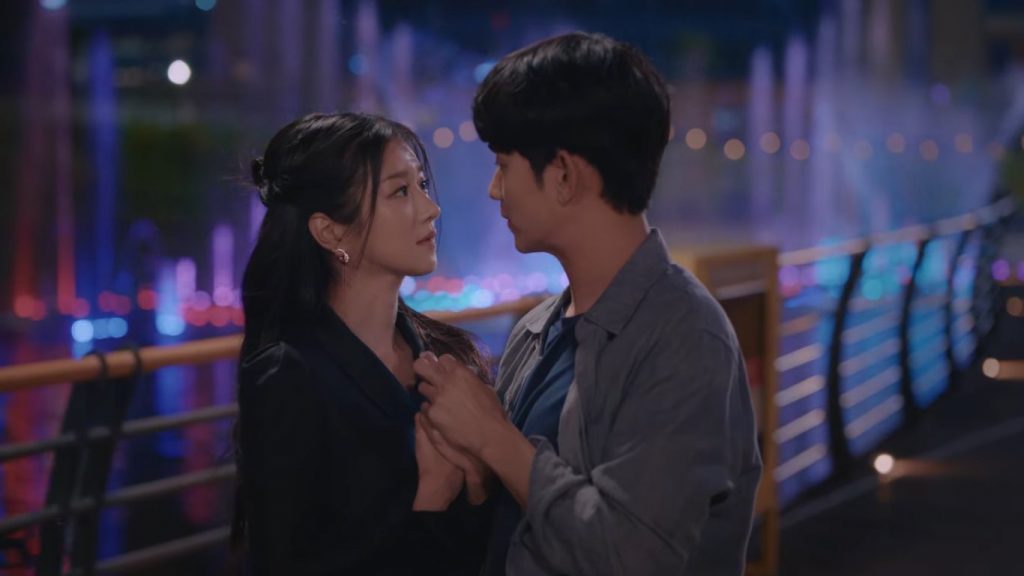 As a result of the country’s continued stigma around mental illness, this Korean Drama about a young guy who works in psychiatric hospitals and an antisocial personality disorder-afflicted children’s author has created a sensation. It’s Okay to Not Be Okay excels in its examination of Gang-connection tae’s with his autistic brother.

There are several series and movies of the same type that are highly regarded, likes ‘Parasite’ and ‘Joker’. This show’s distinctive Korean Drama Rom-Com style, combined with a psychological aspect, touches on mental illness and societal changes. No doubt it made to Netflix Korean Drama 2021, Highest Ranking K-Drama You Don’t Want To Miss.

Our list would not be complete without this concert at the very top. You should watch this regardless of whether you like Korean television or not.

Netflix offers all of the programs mentioned above.

If there is a new anime or Korean drama, we’ll let you know.