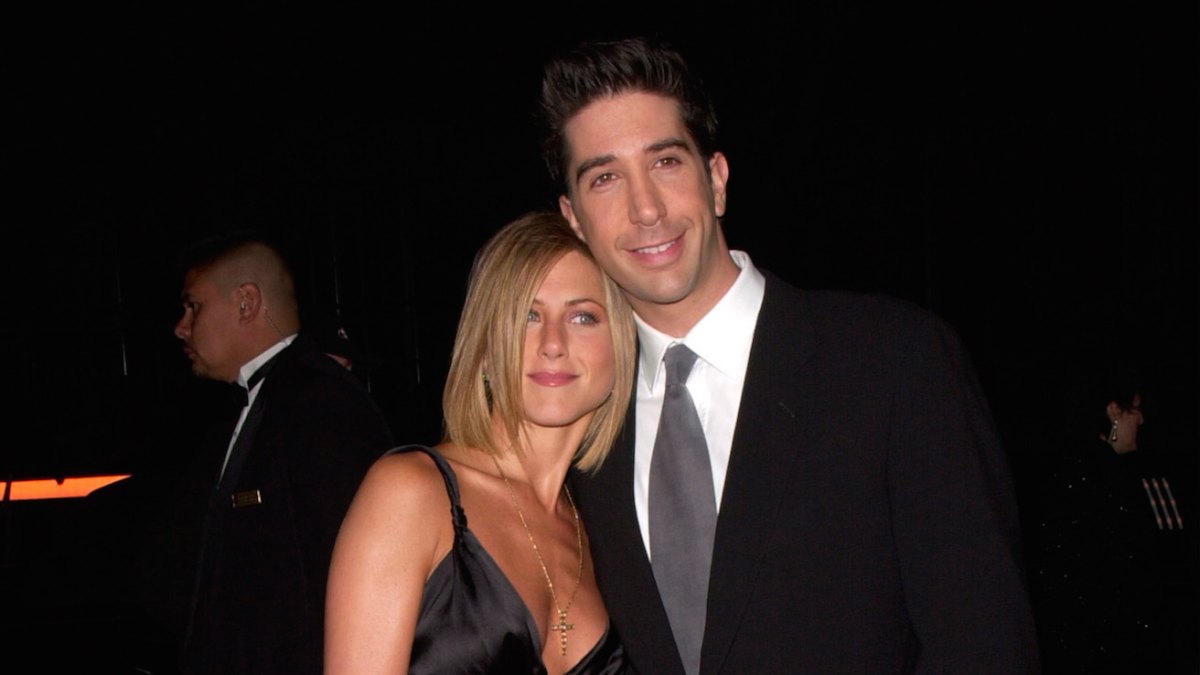 There is some exciting and interesting news for Friends fans now, as David Schwimmer and Jennifer Aniston are rumored to be dating each other in real life. Especially after their revelation about having a crush on each other on the set of friends season 1. Scroll down to read further to know more about the iconic celebrities’ love life updates.

David Schwimmer is known for his role as a man of divorce in the popular series Friends. His character Ross Geller made him rose to fame. He starred in many Tv series such as Web Therapy, Band of Brothers, Nothing but the Truth, etc.,

He initially dated Natalie Imbruglia, Rochelle Ovit, and Mili Avital. But then, Schwimmer was married to English Artist and Photographer Zoe Buckman in 2007. They had a 10-year-old daughter named Cleo. They made a decision of splitting up in April 2017.

Jennifer Aniston popularly known as Rachel Green is famous for her work on the ever-popular sitcom Friends.  She topped the most beautiful women list and won Emmy, Golden Globe, and SAG awards for her work.

Aniston was previously married to Brad Pitt in 2000. But she broke up with him. The sincere fans of Jennifer Aniston were waiting to see her getting back with Brad Pitt. But then, this became news in the past. Jennifer left her ex-husband Brad Pitt for having an affair with Angelina Jolie with whom he is currently battling for divorce. She then married the Hollywood handsome hunk Justin Theroux and split up with him in 2018.

Is David Schwimmer And Jennifer Aniston More Than Friends?

Recently, in May, the cast of the series ‘Friends’ including Jennifer Aniston, Courteney Cox, Lisa Kudrow, David Schwimmer, Matt Leblanc, Matthew Perry grouped together for a show hosted by James Corden. During HBO Max’s Friends: The Reunion show, both David Schwimmer and Jennifer Aniston admitted that they had a secret mutual crush on each other while filming the show long ago.

“I had a major crush on Jen”, said Schwimmer

“It was reciprocal”, added Jennifer

“We were both crushing hard on each other, but it was like two ships passing because one of us was always in a relationship,” explained Schwimmer. On seeing this in the reunion show, all the fans over the World channeled their attention towards the dating life of these two. Check out the Friends reunion show below to see whether David Schwimmer and Jennifer Aniston admitted their love towards each other.

David and Jennifer have reignited their feelings and chemistry after the friends reunion. After admitting to having a crush on each other they started texting. The news of David Schwimmer meeting Jennifer at her home in Los Angeles went viral over the internet recently. Some sources claim that they went to Jennifer’s favorite vineyards in Santa Barbara and had a romantic chit-chat together.

Recently, Schwimmer posted a picture on Instagram of himself wearing a T-shirt that sketched the on-screen couple Ross Geller and Rachel green character saying “lobsters”. This has an indication from the series where Phoebe calls Ross and Rachel as Lobsters referring to describe the person with whom another is meant to be with forever. For which, Aniston replied in Instagram as “For the record… we were SO not on a break”. This started a serious debate about their dating life on social media.

Are They Really Dating?

After 25 years of the series, still fans expecting the iconic on-screen couple Ross Geller and Rachel Green to get together in real life. But recently, David Schwimmer released a statement mentioning that there is no truth regarding the rumor about his dating with Aniston.