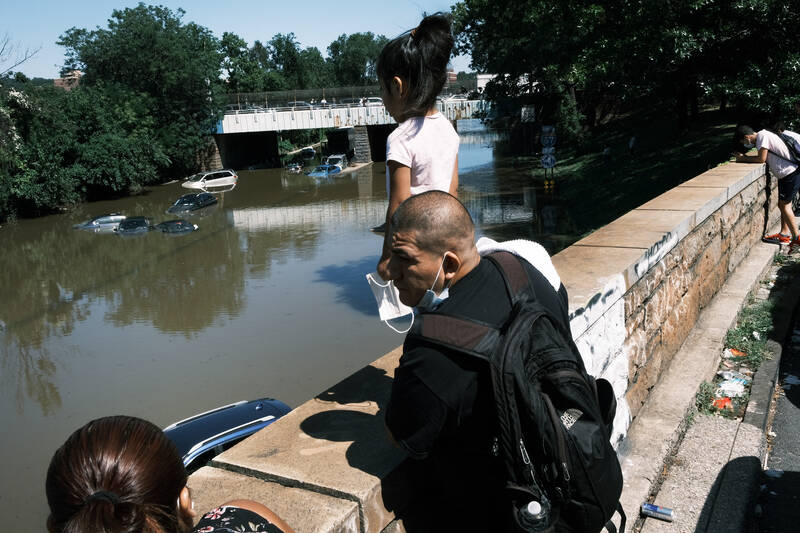 Storm Ida, which poured unprecedented torrential rain on the city, inundating the subway and causing the death of at least 22 residents, in the metropolis and its suburb of New Jersey, puts the dilapidated infrastructure back at the heart of the debate. facing the consequences of global warming.
That night, New York drowned and is still looking for its dead. Thursday morning, entire streets of Queens and Brooklyn were still macerating in a meter of water, dotted with cars sunk to the roof. The subway at 9 o’clock was still a cesspool. The images, posted on Twitter, of the underground corridors filled with real torrents under pressure, give only a partial idea of ​​the disaster, of the paralysis of two-thirds of a vital network for two million passengers, reduced to waiting for the arrival dozens of town pumps, put away since the Sandy disaster ten years ago.
First of all, according to a still provisional assessment, 22 people died last night, New Yorkers and residents of neighboring New Jersey, sucked under the cars by the sudden flood, trapped in their overturned vehicles, engulfed in their apartments on the ground floor. pavement or mezzanine by the flood. And this dramatic assessment marks a new era. In 2012, when Hurricane Sandy had attacked the megalopolis, the main assault came from the sea, the Hudson Bay and the East River, swollen by the power of the winds and by the climatic depression. This time, no dike in the world, no reshaping of the coasts, underway for billions of dollars for ten years, could not have protected the population. The disaster was simply due to the rain, 10 centimeters of precipitation recorded in an hour, an all-time high in the city’s history, more unable than ever, like hundreds of other American cities, to cope with the news. gives climate. 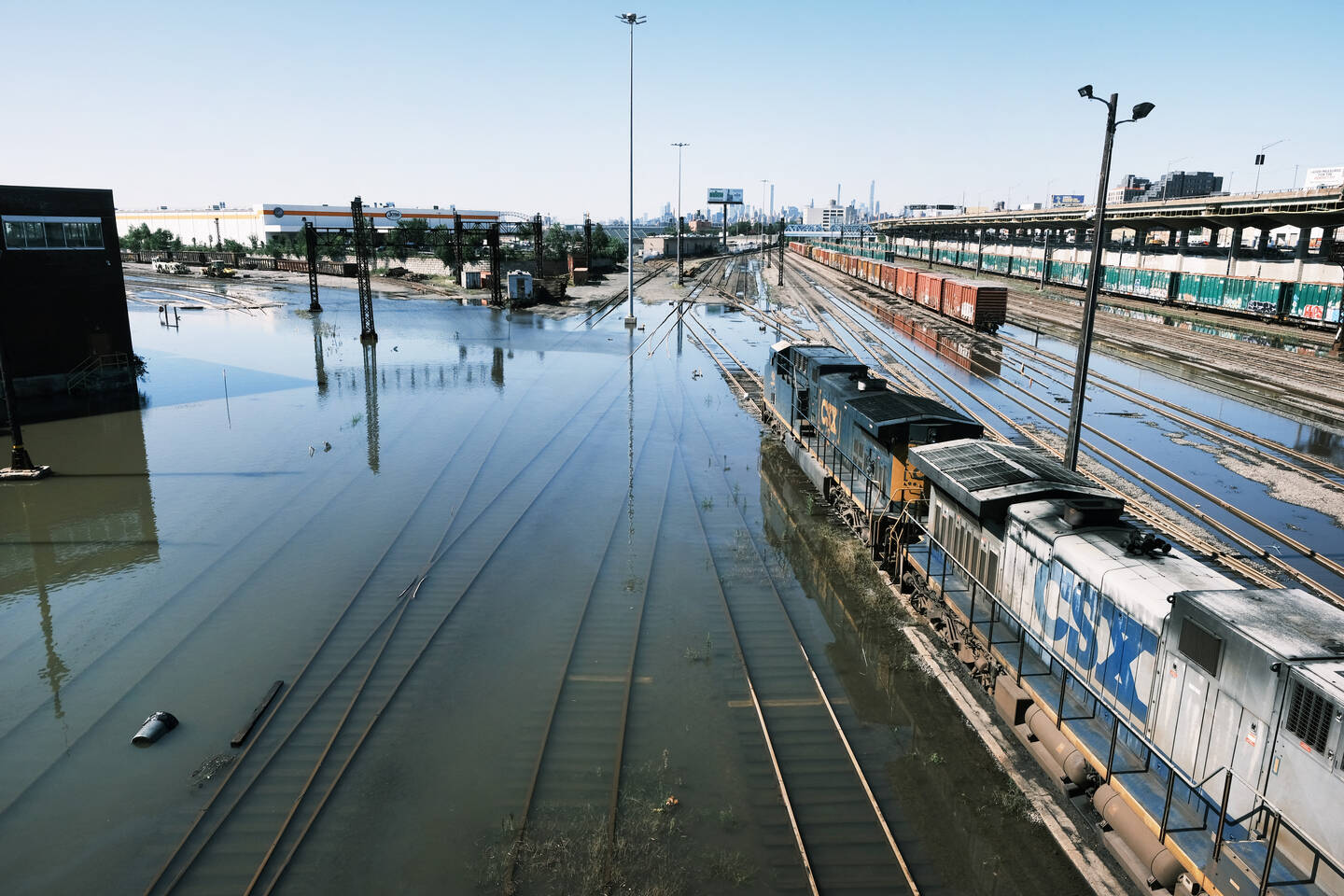 Bill de Blasio, the mayor of New York since 2014, and Kathy Hochul, the new state governor after the recent resignation of Andrew Cuomo, roamed the neighborhood of Woodbridge, Queens on Thursday morning, improvising speeches on the urgent need for federal funding for new infrastructure adapted to global warming. The subject, however, overshadowed a New York inevitability. In this stronghold of recent immigration, populated by Mexicans, Central Americans employed or delivery workers in Manhattan restaurants, Uber drivers from Bangladesh, poverty is once again punished by death. Officials were in Queens because that night a 2-year-old, his mother and a relative of the latter drowned in Flushing, when the wall separating their accommodation from the roadway collapsed, sucking in the downpours that filled the street. The basements(located on the ground floor) New Yorkers were particularly affected by Storm Ida, but they point to varied and sordid realities. Less often the mezzanine apartments sunk at the foot of small buildings, than unsanitary premises at the bottom of building cellars, ventilated by basements flush with the sidewalks, which become deadly traps during bad weather. In the Jamaica district, it was the battering of the waves created by the passage of trucks in the flooded street that caused the collapse of the walls of a decrepit housing.

De Blasio, like Hochul, has little control over the plight of the under-housed in America’s most expensive city. But Ida is setting the record straight on the national effort needed in the months and years to come. “The notion of cataclysmic and unforeseen events is no longer valid,” Governor Kathy Hochul announced after her telephone conversation with President Joe Biden. Ida opens a new era, that of fatal floods unrelated to the flooding of rivers, mainly due to insufficient drainage of streets in the rain, a catastrophic illustration of climate change. In New Jersey, the state that faces New York on the other side of the Hudson, the suburbs resembled New Orleans on Thursday resembled Katrina. A massive tornado, worthy of the worst phenomena in the Midwest and Mississippi, crossed Interstate 95 less than 120 kilometers south of Manhattan.

For the elected representatives of the North-East, the disaster offers a historic argument for the presidential plan to renew the infrastructure to protect cities, but above all, for the first time, for real consideration by Congress of greenhouse gas emissions. greenhouse, denied for four years by the Trump administration. No one doubts that the subject, at the heart of Joe Biden’s Rooseveltian plan, voted for only half of these two billion dollars by Congress at the beginning of the summer, will become the main axis of his presidency in the fall .