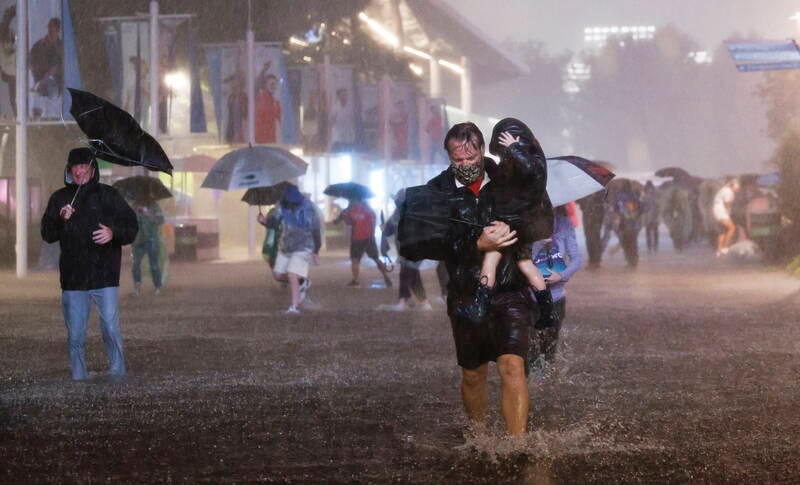 The remnants of the hurricane that hit the southern United States earlier this week are now causing damage in the northeast. Streets, subways and airports are overwhelmed.
At least 14 people in New York and its region perished in flooding overnight from Wednesday to Thursday in the wake of Hurricane Ida, several police sources told AFP. New York State Governor Kathy Hochul has declared a state of emergency due to the disaster caused by the passage of the remnants of Hurricane Ida, which has swept through the United States since the beginning of the week . “I am declaring a state of emergency to help New Yorkers affected by the storm. Please stay on the streets and avoid all unnecessary travel, ” Kathy Hochul wrote in a Twitter post .

Closure of schools and transport

Bill de Blasio, the outgoing mayor of the American economic and cultural capital, already ravaged by the Covid-19 pandemic, spoke in a tweet of a “historic meteorological event” by declaring “a state of emergency” in his city. This should lead in particular to the closure of schools and public transport. While neighborhoods like Brooklyn are underwater, the city’s subway is inundated, as are terminals at Newark Airport , where flights are stopped. Impressive videos of events are multiplying on social networks.

Waterfall down the stairs at 145th Street station, 1 Train, in #Manhattan, #NYC. Flash #flood warnings are in effect until 11:30 pm. pic.twitter.com/pIvwWpQF1t

Waterfall down the stairs at 145th Street station, 1 Train, in #Manhattan, #NYC. Flash #flood warnings are in effect until 11:30 pm. pic.twitter.com/pIvwWpQF1t

At the end of August, New York and its region had already been affected by Hurricane Henri. The bad weather, on August 21, had prematurely ended the big concert given in Central Park, supposed to symbolize the return to a more festive life after the coronavirus pandemic.
In New Jersey, hit by torrential rains, a state of emergency has been declared by Governor Phil Murphy. Hurricane Ida, downgraded to a post-tropical cyclone, brought heavy rains in its wake, which caused extensive flooding on the east coast of the United States.

President Joe Biden will travel to Louisiana on Friday, where Hurricane Ida, which made landfall there on Sunday, destroyed buildings and left more than a million homes without electricity.
Hurricanes are a recurring phenomenon in the southern United States. But the warming of the ocean surface is helping to make storms more powerful, scientists warn. In particular, they pose an increasingly significant risk to coastal communities that are victims of wave-submersion phenomena amplified by rising sea levels.