Nipah virus is one of the most deadly viruses. It is caused by bats and it has a high mortality rate. Virus in humans causes a range of symptoms. It is easy to detect the virus due to its symptoms. Many people have died due to the virus. The virus can be transmitted to humans from animals or can be directly transmitted from humans to humans. As of now, there is no cure for the disease. The only treatment that humans know is supportive care. The host of the virus is fruit bats. It is one of the dangerous diseases since no one knows the treatment for the virus. If the virus is attacked by any of the family members, one needs to make sure that the victim is hospitalized.

In Kerala, it seems that the virus is back and it has already attacked a young boy of 12 and he died in hospital due to the virus. The boy was hospitalized in Kerala’s Kozhikode and he passed away Sunday morning. The boy was admitted to the hospital on September 1st. And he dies on September 5th. Further, It is one of the deadly viruses and one needs to make sure that the victim is hospitalized as soon as there are symptoms of the virus.

The central government has rushed to Kerala and they have assigned doctors to Kerala who will provide medical advice to them. Moreover, Health minister Veena George has said that those who are in primary contact with viruses are being monitored. They don’t show any symptoms. Also, The government has taken some precautionary measures and has announced that those who are infected with the virus need to immediately be hospitalized. Nipah Virus is a very dangerous virus. Symptoms Of The Nipah Virus

The infection with the virus takes 3 to 4 days to show the symptoms. The symptoms involve brain swelling and potentially death. Further, Once the virus has attacked the person, he will show symptoms of fever, headache, and vomiting. Also, The fever will be there for about four to fourteen days and the symptoms will continue if he is not hospitalized and it will be even worse. Along with fever, the symptoms include some throat, difficulty breathing, and vomiting. Moreover, These are primary symptoms. If the patient goes worse than severe symptoms such as sei8zers coma and brain swelling take place. 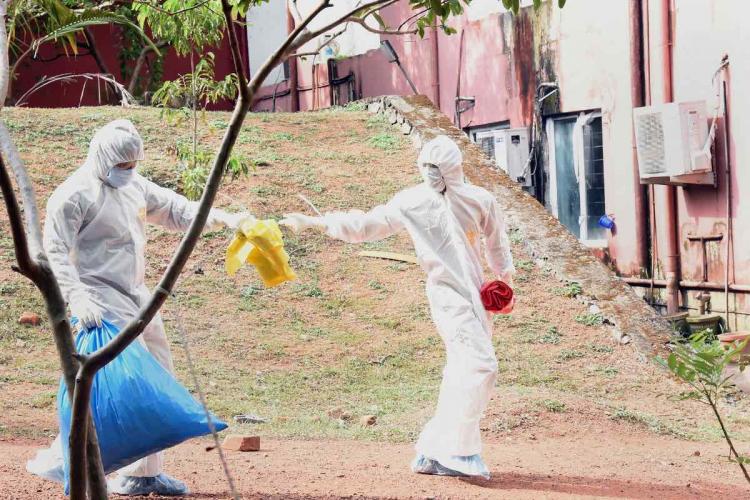 Treatment Of The Nipah Virus

As of now, there is no treatment for the Nipah virus. the current treatments include monitoring the patient and curing the symptoms as they occur. Also, There are many Immunotheripic treatments that will be helpful for patients to get cured by the disease. The Scientific community is researching to figure out the cure for Nipah Virus. So it will take a considerable amount of time to cure the patients. Further, As of now the patients need to take precautionary measures to cure themselves of the virus.