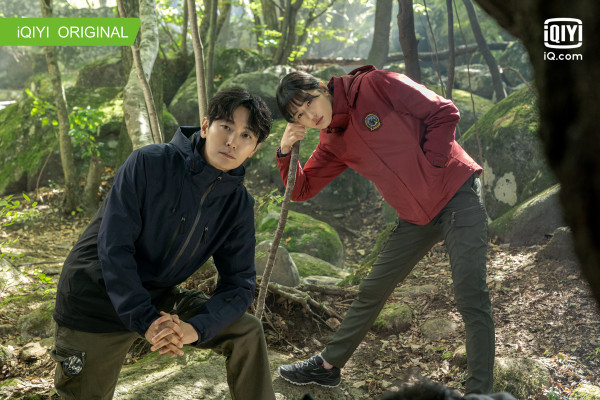 Jirisan Drama is an upcoming South Korean mystery thriller action drama. The show stars Jun Ji-hyun, Ju Ji-hoon, Sung Dong-il and Oh Jung-se. The director of the show is Lee Eung bok. The show is ready to premiere and soon will be released.

Jiriisan follows the story of rangers and employees of the Jirisan National Park. The show will depict the process of the rangers saving and rescuing the lost trekkers in the park. The show especially focuses on the story of the different visitors of the mountain. Many of them come to enjoy but most of them are also either to take someone’s life or to take their own life.

The main lead of the show Seo Yi Kang is the top ranger of the park and is aware of all the tracks and an expert in navigation. Kang Hyun Jo a rookie is a rookie parkrun who is an army graduate and an ex-lieutenant. He joined the rangers team after he faced a horrible incident at Jirisan.

The show will mainly focus on the two main characters struggling to find the suspect who is doing the murders in the forests. Jirisan Drama can also represent the incident that took place with Kang Hyun Jo before he joined the rangers team.

It is a mystery thriller and will surely hold people’s interest. The teaser for the show is out and believe me when I say this, this show will surely be one of the hits coming out this year. Jirisan will release next month. The show will release on October 23, 2021. It is meant to air on tvN and will have a total of 16 episodes. Jirisan Dramawill air twice on weekends on Saturday and Sunday. The duration for one episode is said to be 1 hour and 10 minutes but we are sure that the time you spend watching this show will not be a waste for sure.

Jirisan Drama will release next month and will air on tvN in South Korea. If you are eagerly waiting for the show, you can watch it on tvN and IQIYI. The platform has a lot of k-dramas available on it. And just like all those Jirisan will also be available on the platform. The show has audiences anticipated for its release and there are chances that just like many other k-dramas Jirisan can also.be available on Netflix as well.

The trailer of Jirisan is out and shows a glimpse of the main leads of the show in the forests of the Jirisan mountains. In the mountains, while wandering around they hear a scream and start looking for the source of it. It also shows them mentioning the murderer in the forests and the murders taking place in the forest.

Stay connected with The global Coverage for more updates.