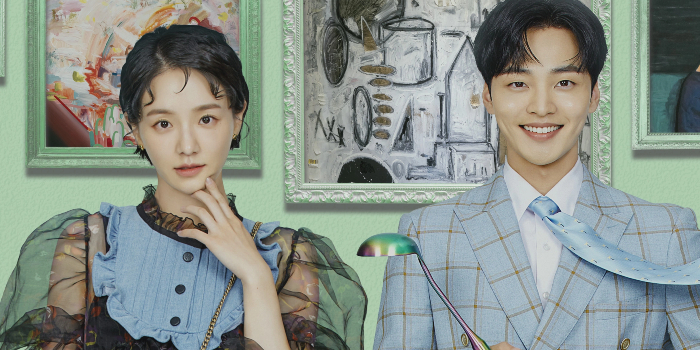 Dali and the Cocky Prince Episode 7 is soon going air in the ongoing week. The last aired episode of the series received its highest ratings ever in the last week. Now, the viewers are ever more interested in knowing how the relationship will develop between Dali and Moo-Hak. Furthermore, Jang Tae-jin also returns to her life. Let’s know in more detail about episode 7 below.

Dali and the Cocky Prince Episode 7 has got a short preview of 34 seconds. The upcoming episode will get more interesting as we will see how Jin Moo-hak feels jealousy from all the boys surrounding Dali. Moreover, He wants to see Dali and make her happy at the same time but hides his true feelings from her. The preview shows in the police station with Dali in anger. On one side, Moo-Hak is catching Dali from one side. On the other hand, Jee Won-Tak is preventing her as she is determined to beat someone.

There is an encounter between Moo-Hak and Tae-Jin wherein Moo-Hak says that Dali is not such a pushover as Tae-Jin thinks her to be. Furthermore, Moo-Hak warns Tae-Jin to not get nosy as it may not always mean goodwill. It could be Tae-Jin wants something in return for getting nosy. In the police station, Moo-Hak gets jealous after seeing the interactions between Dali and Won-Tak. Moo-Hak also thinks about Won-Tak getting on his mind as to how Dali addresses him ‘My Won-Tak’ in the police station.

Tae-Jin still loves Dali and tries to get her back. He also mentions how Dali is surrounded by good artworks and looks from her childhood. Moo-Hak sees something and says what a load of garbage in Dali’s place. Later on, he offers to clean the same garbage in front of Dali. In the end, Moo-Hak asks someone what if he did it because he wanted to see her happy? Thus, we will see how Dali and Moo-Hak relationship progresses slowly in the upcoming episode.

Dali and the Cocky Prince Episode 7 features originally in the KBS2 TV network. The series is available in two apps officially for international streaming. They are Kocowa and Rakuten Viki. However, one has to pay a minimum standard fee for watching the same. Moreover, Kocowa is only available in some countries.