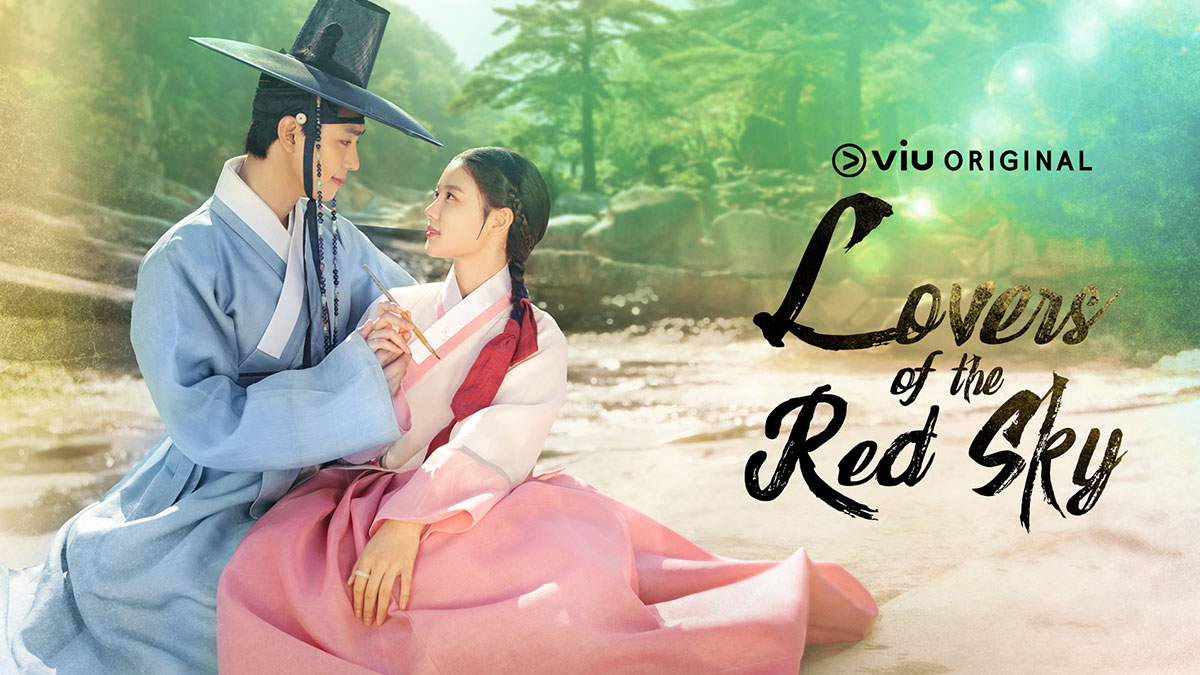 Lovers Of The Red Sky is an Ongoing South Korean TV Series. Furthermore, The Story is set in the Dan Dynasty. Where Demons Ghosts and Gods Meddle in Human Lives. However, The Story revolves around 2 People. One is Yong woman who regained her eyesight. Which was once lost due to a Demons Curse. The Other is a man who lost his EyeSight in a Childhood Accident but miraculously gained the ability to read the future. While leaving him with Blood Red Eyes

The Story Till Now

Before getting to the Spoilers of Lovers Of The Red Sky Episode 14, Here is a Quick Recap. As Hong Chun-Gi started working on the second draft of the Late Kings Portrait. Thoughts of Ha Ram take over. However, She tries to not think about him. As her work was shown to suffer from doing so. As she buries her feelings and continues her work. Furthermore, She starts hearing Ma Wang. The demon is calling out to her. For her to use the Eyes of Ma Wang on the Portrait. She complies and sees the portrait miraculously restore itself. To the condition it was in the day it was Brand new. She memories the portrait and comes back to reality. With this newfound information, she gets back to work. 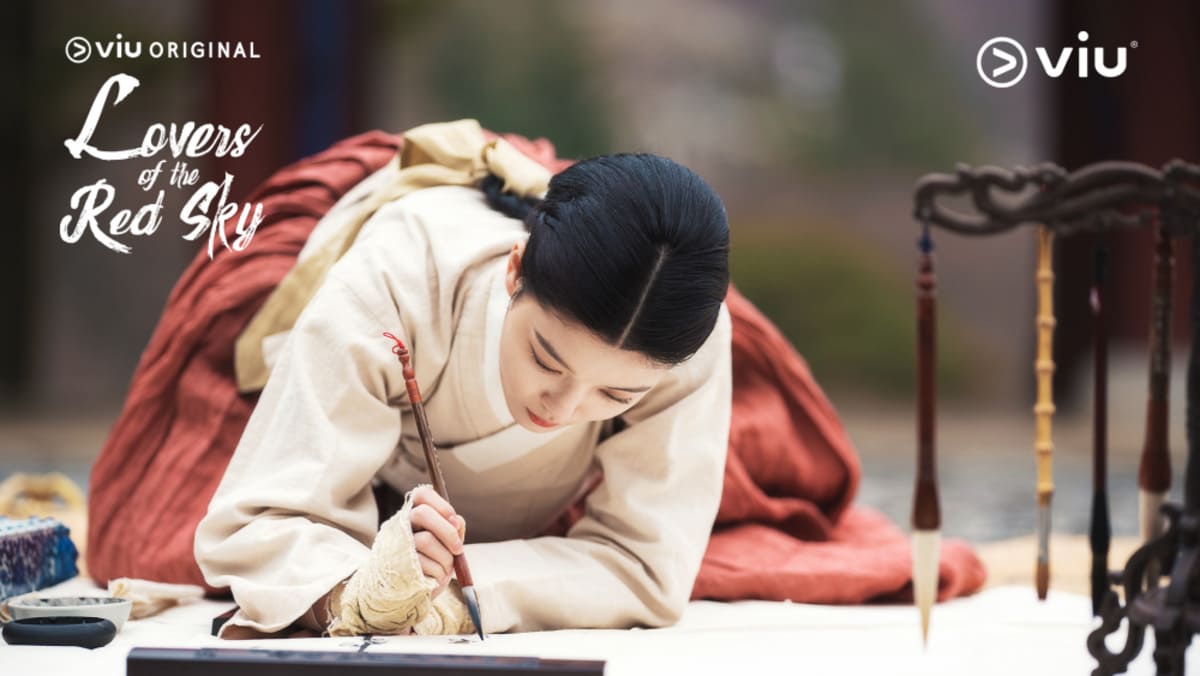 At the Jail where Ha Ram was imprisoned. We see Hong Chun-Gi and Ha Ram hold hands. Furthermore, we see Ma Wang attacking the duo. Ma Wang pulls Ha Ram into the darkness and makes his move towards Hong Chun-Gi to take the Eyes of Ma Wang back. However, the ring Hong Chun-Gi was wearing saves them from Ma Wang. They both have returned safely but Ha Ram is not waking up. Then we see Prince Joo Yang Demanding he release Ma Wang. Threatening to out the fact that Ma Wang Resides in his body, Which will cause widespread panic which would result in his Death. Keep reading to find out more about Lovers Of The Red Sky Episode 14.

In Lovers Of The Red Sky Episode 14, The question arises as to who will become the new Ruler. The Ministers of the Palace are Discussing which crown prince would make the best Ruler. With the Sealing Ceremony is neigh, Shaman Mi is feeling unease. Furthermore, Prince Joo Yang’s scar is aching again. The situation seems to imply that they are in dire need of Ma Wang’s assistance. And as things are going exactly as planned. Ha Ram on his quest for his secret revenge might be successful. 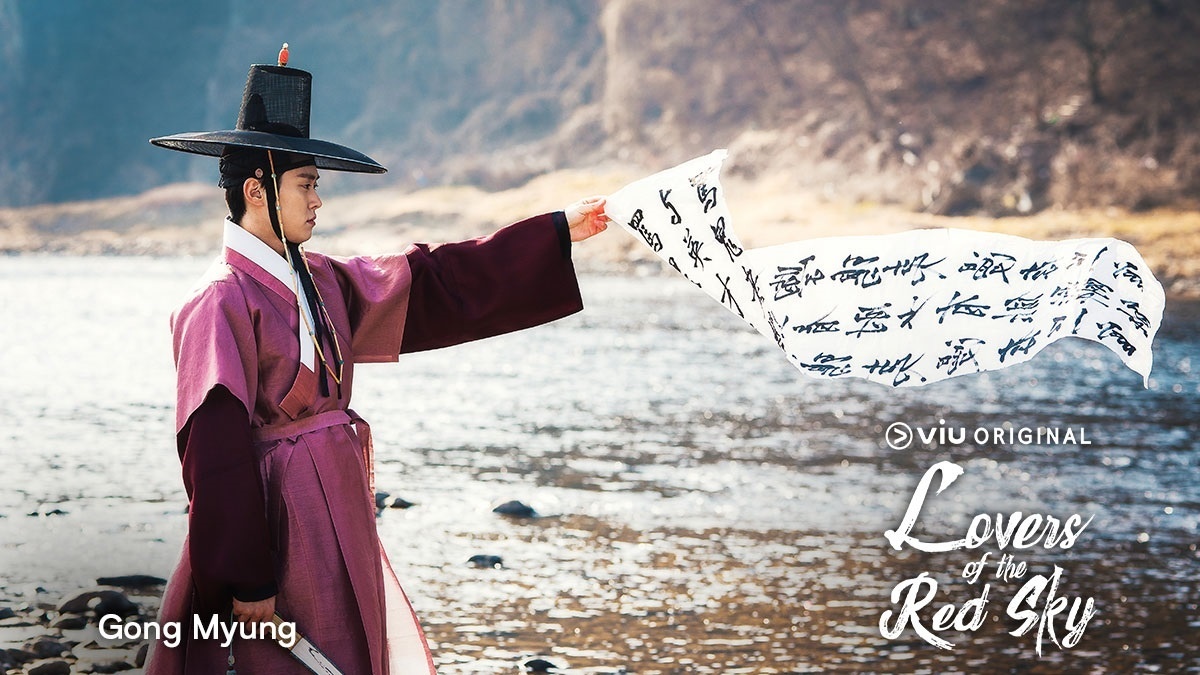 The Series started Premiering on SBS TV on the 30th of August 2021. The new episodes are aired every Monday and Tuesday at 10: 00 PM KST. Furthermore, Lovers of the Red Sky Episode 14 is scheduled to be released on the 19th of October 2021. The Season will consist of  16 episodes of 70 minutes each. The show will air its last episode on the 26th of October 2021. It has an IMDB rating of 8.7/10. However, we are at the last part of the season, Some imminent changes can be observed. The show is very popular and has a fanbase that is second to none. Lovers of the Red Sky has all the makings of a Great show.

Where To Stream Lovers of the Red Sky E14

For the Shows International Audience, There are Several Streaming services like Rakuten Viki and DramaCool Where you can watch the episodes with no issues. However, For those who are not well versed in the Korean Language, English subtitles are provided on all Streaming Sites. Hope you Found Everything You were Looking for related to Lovers Of The Red Sky Episode 14.