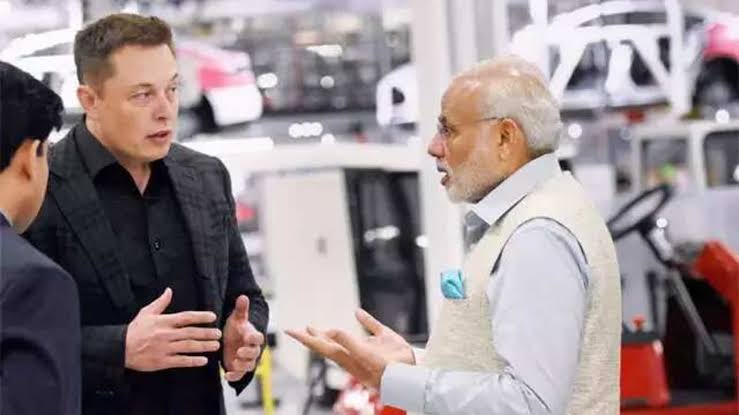 According to the tweet Tesla wants to launch its electronic cars in India but this is not happening because of the import duties which are very highest in our country.

Last month CEO Elon Musk has tweeted that he wants to launch his car but due to high import duties and taxes. He was not able to do this

According to the recourses, in this matter company, Tesla CEO sets arrangments to meeting with prime minister office PMO Tesla want to launch his car in this month.

In this meeting, Tesla said if import duty and taxes were not reduced then our company canan electronics car business in India.

According To Recourses about Tesla CEO :

Accy to sources, in India, imported duties on electronic cars are 60 percent of taxes and up to  40000 or around 30  lakh but in this meeting, the CEO has no proper response from PMO. But according to the experts, it’s confirmed that the government has not accepted Elon Musk’s offer because prime minister Narendra Modi has no plan to reduce import duties on electronic vehicles.

According to recourses, the minister of power and many industries cabinet minister Krishan pal Gujar said that central government has no proposals to teslo company offer and staring cars business in India.

On Monday minister Krishan pal Gujar said that on –

“No proposal under consideration in the ministry of heavy industries, he added that the government is however taking steps to promote the use of electronic cars by lowering domestic taxes and adding charging stations”

According to the boomerang news, the CEO worte a requesting letter transport and the industry minister to reduce to transport import duties cars to 40. Percentage.

stay with The global coverage for more updates