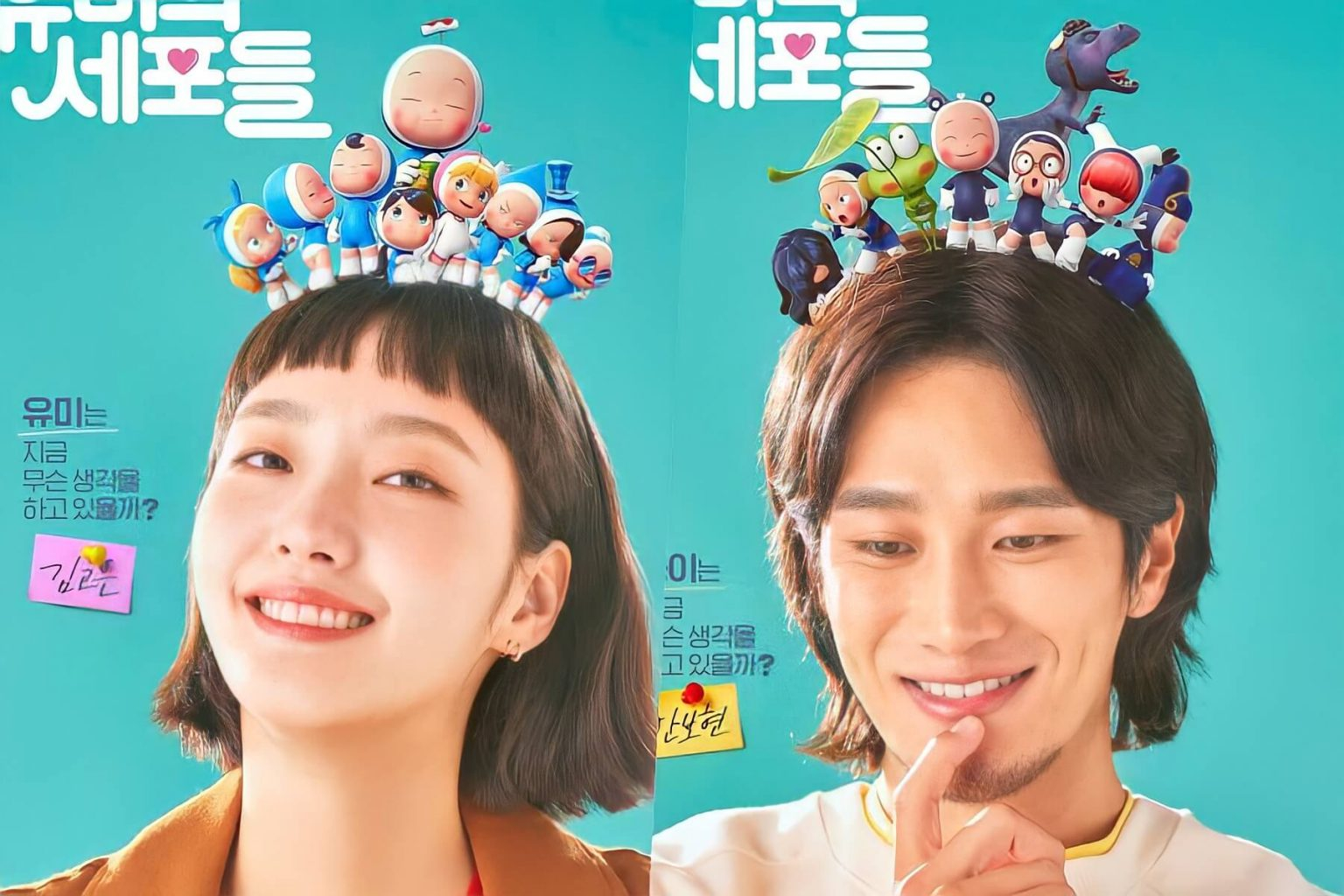 The Story revolves around the daily life of a woman who works in an office. We get to have two perspectives of her story. One From her own eyes and one from the eyes of her ” Cells”. The story switches between their perspectives. What we refer to as Cells are the wide range of emotions she has. The Goal of the Story is to wake up her Love Cells. They have been in a Coma ever since her last relationship ended badly. Does the Story sound somewhat familiar to you? You are not wrong as the story resembles the concept of the Pixar movie Inside Out.

However, For Those who are new to the Show. Or just want to Refresh your Memory. Keep Reading to Find out Yumi’s Cells Episode 12 Recap.

In the Previous Episodes, we saw Kim Yumi hovers over the question of Marriage which causes Goo Woong to Freeze. Since she got no reply from Goo Hoong which lead to Yumi’s Emotional Cells spiraling into a worse state. Yumi also witnessed Yo Ba-Bi breaking up with his significant other causing her emotional cells to fall deeper into despair. Yumi finally got her wish of moving to the Marketing Department. Yumi sticks a photo of hers and Goo Woong on the wall to squash all rumors of Her dating Yo Ba-Bi. Things were going fine till one day when Yo Ba-Bi Met Goo Yoong while he was on he is way to meet Yumi. Their encounter makes him feel like he is taking advantage of his girlfriend by living at her place. Which lead him to announce that he will be moving out of Yumi’s apartment. The decision caught Yumi Ofgaurd and she demands an explanation. Goo Yoong says nothing which leads Yumi to believe he is moving out due to a Wedding Proposal. Goo Yoong’s refusal to communicate has taken its toll on their relationship. If it continues aT this pace there won’t be much of a Relationship anymore.

Now that you have Refreshed your Memory. read Yumi’s Cells Episode 13 Spoilers to learn what is to come in the next Episode.

The new episode is going to be intense as Goo Woong is moving out of Yumi’s Apartment. Goo Woong will dive headfirst into his work trying to save up money for his proposal. There is a lot of misunderstanding between them now and their relationship is not at its strongest. We hope they can get over this phase and go back to how things were before. But all good things must come to an end as we see the Love Cell trying to use the notorious Breakup card. The cells of reason and emotion try to stop her but as they say, Love is Stubborn. Watch Episode 13 to find out the future of Kim Yumi’s and Goo Yoong’s relationship.

Now that you have an idea of what to expect from the 13th Episode. Read Yumi’s Cells Episode 13 Release Date to learn when you can watch the Episode. Yumi’s Cells Premiered on the 17th of September 2021. It airs every Friday and Saturday at 10: 50 PM KST.  Furthermore, Yumi’s Cells Episode 13 will be aired on the 29th of September 2021. Furthermore, The series has a total of 14 Episodes. Each of 70 minutes each. The show has an IMDB rating of 8.9. The show has already amassed an immense fan base. Which is increasing with each passing episode.

For the Shows International Fans, there are Websites that you can use to Stream the Show. Mainly Rakuten VIKI and DramaCool. However, For those who are not comfortable with the Korean Language. English Subtitles are available. Hope you found Everything You were looking for.