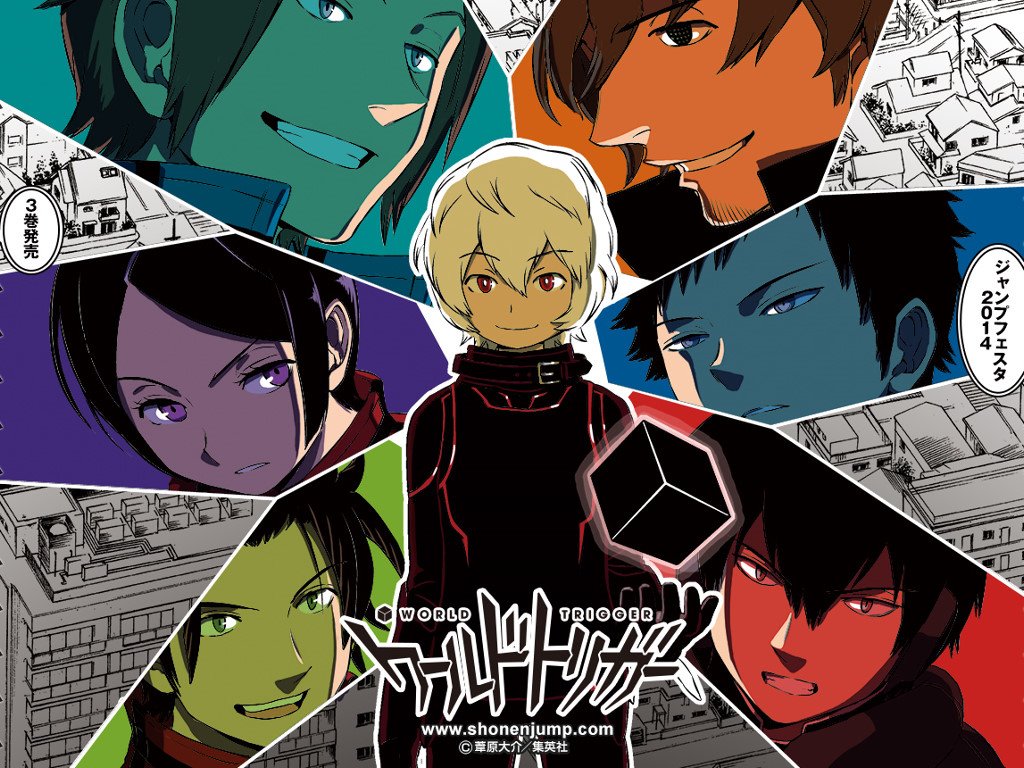 The Story Takes place in the Fictional City of Mikado. What’s unique about Mikado City is a wormhole to a different dimension suddenly opens in the City. A race of monstrous aliens called Neighbours starts emerging from the Portal. Humans get easily overpowered as their weapons seem to not affect the aliens. During a time when all hope seemed lost the National Defence Academy showed up and they can repel the aliens somehow. The National Defence Academy seems to have taken inspiration from Neighbour Technology and come up with a way for Humans to channel their internal energy. This internal energy is called Trion. Once triggered Trion gives its user a battel-body that is much stronger and resilient than anything the current technological advancement of Humans can provide.

For those who are new to the Show. Or just wants to Refresh their memory. Read World Trigger Season 3 Episode 3 Recap.

World Trigger: The Story Till Now

Before We Move on to World Trigger Season 3 Episode 4 Details, Here is a Short Recap.

In the last episode, we see Tamokoma Second Squad coming up with a plan for victory. They seem to realize to spot a pattern in the previous battles. All of them appear to end up one way or another at the Shopping Complex. The sniper takes out the enemies from above while the rest use the building for cover. If they were to take control of the Mall, it would be a significant edge for their victory. Osamu Mikuno wonders whether the map is Anti-Sniper to which Hyuse agrees. Yuma Kuga is worried that Suzunari First selected this map for its Anti-Sniper Qualities and Mikuno realizes Kuga is Correct. The Squad now has 13 Minutes till they are deployed. We see Hyuse Telling Osamu to get his act together and lead the Squad. Overthinking does not help anyone. Osamu starts explaining his strategy. He said they will be taking a different approach than the Wire Strategy. He justifies the abrupt change by explaining that with a map like this one. One that is small yet has tall buildings it is unwise to use the Wire Strategy. There are only 2 places where the wires can be set and since each squad has a Sniper this plan of attack is not efficient.

Now that we have Refreshed your Memory, Read World Trigger Season 3 Episode 4 Spoilers to Learn what to expect from the Latest Episode.

We will get to see the much-awaited showdown between Tamakoma Second and Kageura. The Tamakoma Squad needs to take an offensive stance if they wish to earn points. Since this map isn’t their first choice it will be interesting to see how they will use it to their advantage. Their trump card is Hyuse as none of their opponents know much about his Fighting Style other than he uses Kogetsu. Hyuse plans to exploit their assumption to lead a Surprise attack with Viper. Tamakoma has to defeat Kageura first and foremost if they plan to move on to the next exercise.

Now that you have an idea of what to expect from E04, Read World Trigger Season 3 Episode 4 Release Date to learn when to expect the Episode. The Series started Premiering on TV Asahi on the 5th of October 2014. The new episodes are aired every Sunday. Furthermore, World Trigger S03E04 is scheduled to be released on the 31st of October 2021. The Season will have a Total of 12 Episodes of 25 Minutes each. The show has an IMDB rating of 7.5/10. The anime has managed to gather a lot of fan base in the short time it has aired along with Original fans of the 2014 Series. We have high hopes for the Anime and Hope that it will meet everyone’s expectations.

Now that you know when to expect S03E04, Read World Trigger Season 3 Episode 4 Watch Online to learn where you can stream the Episode.

For the Shows International Audience, There are Several Streaming services for watching World Trigger Season 3 Episode 4 Online like Crunchyroll Where you can watch the episodes with no issues. However, For those who are not well versed with Japanese, English subtitles are provided on all Streaming Sites. Hope you Found Everything You were Looking for.