NORWALK, CT - AUGUST 29: Michael Skakel is escorted out of Norwalk Superior Court after being sentenced to 20 years to life in prison for the 1975 murder of his neighbor Martha Moxley August 29, 2002 in Norwalk, Connecticut. Skakel, a Kennedy family nephew, was found guilty June 7, 2002 of the golf club beating death of 15-year-old Martha Moxley. Skakel was also a teenager at the time of the murder. (Photo by Pool/Getty Images)

The sixties and seventies in the American history is filled with events of gruesome crime. The crime stories have enraptured the world since then. There have been several novels, movies and documentaries published based on such true crime stories. While it appeared as a good primetime gossip for the households , on a closer look it shows the decline in humanity. One common things about these crime stories is the nature of the murder and assault committed. It was highly violent, abusive and downright inhumane. One such incidents of that time is the Martha Moxley murder case. It had created quite the sensation in that early phase. Though the perpetrator was jailed but the case was not dismissed there itself. Recently, the case has been back in the news because a new clue has been found. So lets dive into the details without further ado.

Martha Moxley was a 15 year old girl living in the silent neighborhood of Belle Haven. She was residing with her family in Greenwich, Connecticut.  Like any typical high schooler, she was engaged in the daily activities of a teenager. The sheer fun and frolic of enjoying adolescence and the sense of newfound freedom. It was the usual life of the American teenager. Until one day, all hell went lose and the mishap happened. Martha was involved with her friends in a prank night on the night of October 30, 1975. Her friends were going around the night pranking the neighbors. It was just another usual thing for the teenagers of her age. Later in the evening , according to her friends, she was involved with Thomas Skakel, the older brother of her classmate , Michael Skakel. After that brief moment, all the friends had gathered in the pool of the backyard. Until then, everything was pretty normal and nothing unusual. The next day, the body of Moxley was found in her parents’ backyard. She had been brutally beaten up and assaulted though not sexually harassed. The cause of the murder was a golf club which was lying in pieces near the body. She had been repeatedly beaten up and stabbed with the murder weapon. This weapon was later upon investigation went back to the Skakel residence.

The prime suspect of the case was Thomas Skakel, the guy she was involved with in the previous evening. There was also the tutor for the Skakel brothers who was held as a suspect. The case was registered in the court however, nobody was jailed due to the lack of evidence involved in the act. It became a high profile case of the seventies because the Skakel brothers were nephews to the Kennedy family. It registered a huge amount of attention from the media and the news. It was a showtime for all the households as their silent neighborhood had come under attack. More importantly, it involved the murder of a teenage girl and the prime suspect was a teenage boy, closely linked to the former president’s family.

However, after the initial trial phase, Michael Skakel confessed to the crime. Therefore, he was jailed and sentenced to a 20 year term. The boy spent a decade in jail. This didn’t last long as the boy received bail after a short period of time. This came in 2013 when the judge reported that the accused was not “adequately represented” by his then lawyers.  The case was pending for decades long with no further developments. During the nineties, some suspects had been gathered up who were convicted for rape and assaults. This did not reach to any more developments therefore, they were all acquitted by the court. Also there were never any evidence of rape for the victim, not even a hint of sexual assault although, the victim’s body was found in a gruesome state. In 2016, another round of trial went on in the court. This time too no decision was reached as there was not any clear cut evidence. Two years later, another fresh round of trial was registered for the case however, again the court could not reach a decision on the case. In 2020, the Supreme Court clearly stated that they would not be considering another trial for the Moxley Murder case.

Is Michael Skakel Involved in the Moxley Murder? 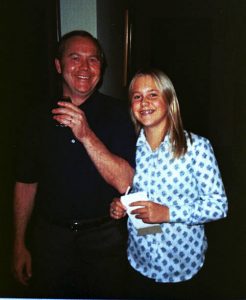 The case has resurfaced yet again in a fresh light. The reason sighted are as follows. Martha’s childhood friends – Burns and Holland, finally gave an interview to a reputed news channel. Both of them shed their perspective on the murder case and the trial. Interestingly, the diary of the teenage girl has also finally resurfaced. In this diary, she has mentioned about the events of her life prior to a month of the crime scene. In this diary, she ahs mentioned in several instances about the inappropriate behavior of the accused – Michael Skakel. In the interview as well, her friends have mentioned about the inappropriate gestures of the accused. The Skakel siblings in general had been quite unruly as they had lost their mother to cancer and their father was always travelling. The development in the murder case finally happened when the older brother confessed that he had lied to the investigators. The report was hidden away but it came to light almost a decade after the investigation was over. The older brother was the last person to see the victim alive . The Support report finally ignited a fresh round of investigation and trial. However, it never reached any conclusion because both the brothers have changed their narratives over the years.