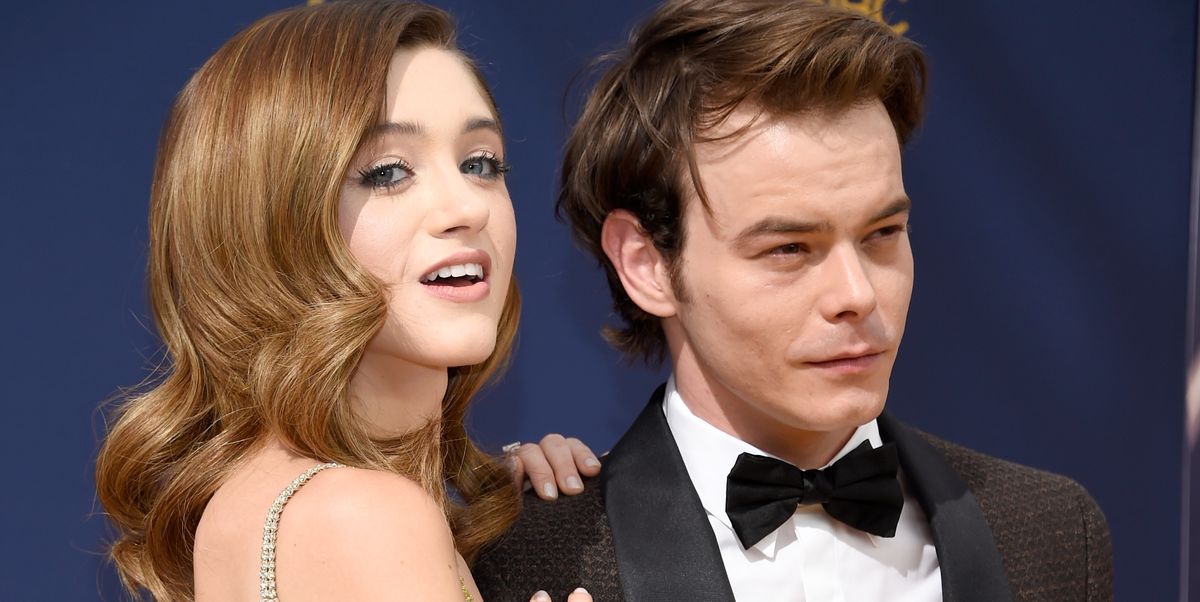 Charlie Heaton & Natalia Dyer Break Up ? Everything you need to know about the Stranger Things Couple, Are They Still Dating? If Not, Why Did They Break-Up? Fair Warning, There will Spoilers of the Show Stranger Things Ahead.

Natalia Dyer and Charlie Heaton are Actors best known for their roles in the Super-Hit Netflix Sci-Fi Horror Series Stranger Things. They played the roles of Jonathan Byers and Nancy Wheeler in the TV Series. The characters they play are also dating. Charlie was born in West Yorkshire while Natalia was born in Tennessee. Created by the Duffer Brothers, Stranger Things still remain one of the best roles they have ever got. Stranger Things is an American Sci-Fi Horror Drama Series. Furthermore, The Story is Set in the fictional town of Hawkins, Indiana in the 1980s. The characters they play quickly become fan favorites. However, The fans are currently waiting for the 4th Season of Stranger Things. Season 4 was supposed to Air this Year but got set back due to the Covid-19 Pandemic.

Their Life Before Stranger Things

Charlie Had a fairly successful Music Career before getting into Acting. He joined the Noice Rock Band Comanechi when he was just a teenager. They toured for about a year after which he joined another band. Heaton has a Son with Drummer and Vocalist Akiko Matsuura. He made his Acting Debut in the Crime-Drama Series DCI Banks. After which he acted in several guest roles before landing the role of Jonathan Byers with Netflix. In 2020 he started in The New Mutants Movie based on the Marvel Comics of the Same Name. Natalia Dyer is a Nashville School of the Arts Alumni. She debut in the 2009 Hannah Montana Movie. Her other works include the 2011 Movfie The Greening of Whitney Brown and the 2014 Indie Film, I Believe In Unicorns. And in 2019 she started in the Netflix Horror Movie, Velvet Buzzsaw. 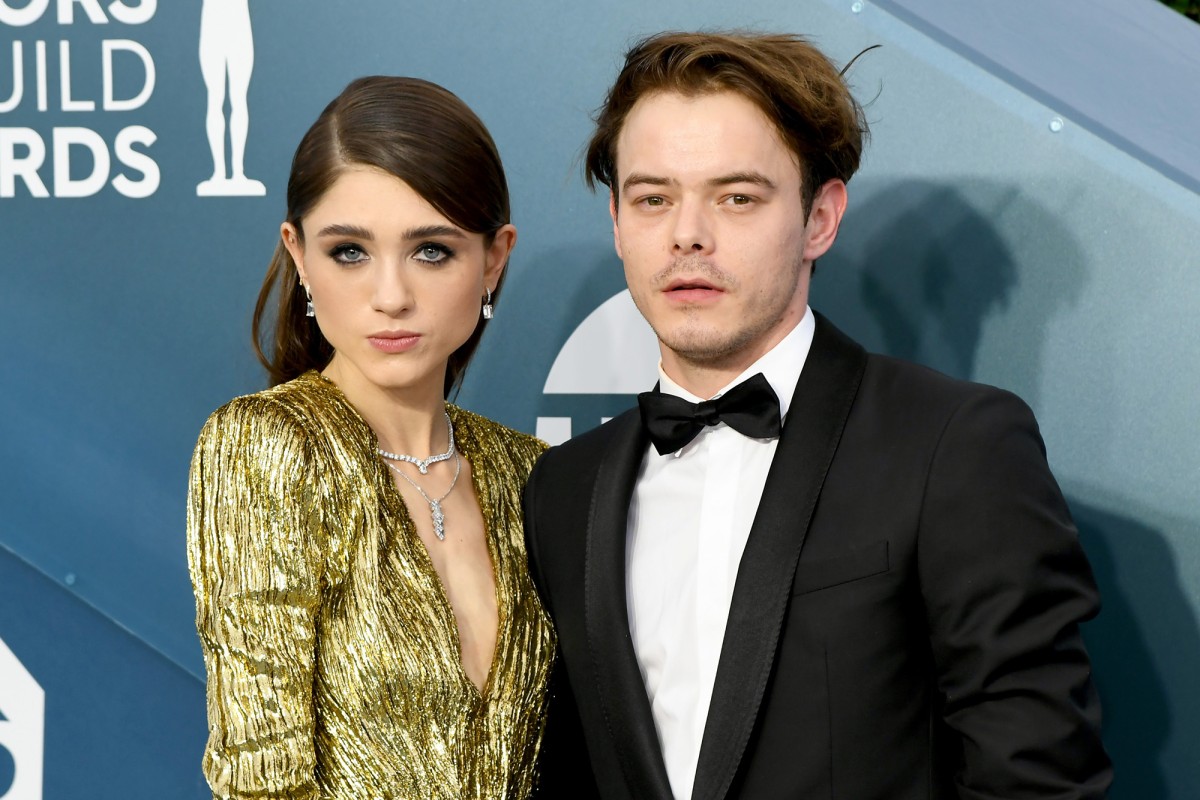 The Story is set in the Fictional Town of Hawkins in the 1980s. There stands the Hawkins National Laboratory. The Laboratory is secretly doing experiments on the Supernatural. Which inadvertently opens a portal the Upside Down. A realm of Nightmare Fuel Monsters. Season 1 of the show revolves around the Psychokinetic Girl called Eleven. She is an escapee from the Laboratory. The story progresses as Elevent with the help of Mike, Dustin, and Lucas try to save Will. A Native boy who got kidnapped by the monsters from The Upside Down. The second season takes place a year into the Future. Will is living a Normal Life or so we thought. His time in The Upside Down took a toll on his body. It is revealed that the Monsters from The Upside Down is still influencing Will.

The reason for this is due to the Portal still being open. Eleven with the help of others manages to close the Portal and all is well for the first time in a long time in Hawkins. Season 3 takes place after several months after the Second. The Starcourt mall now stands on the land which once was the Laboratory. It is Later shown that there is a secret soviet lab working right beneath everyone’s feet. Their goal, opening the Portal again. The gang manages to stop the horrors that came from the newly opened portal but at the cost of Eleven’s Powers.

Related Post: Why Is Crypto Crashing? Now Its Time to Buy or Not? 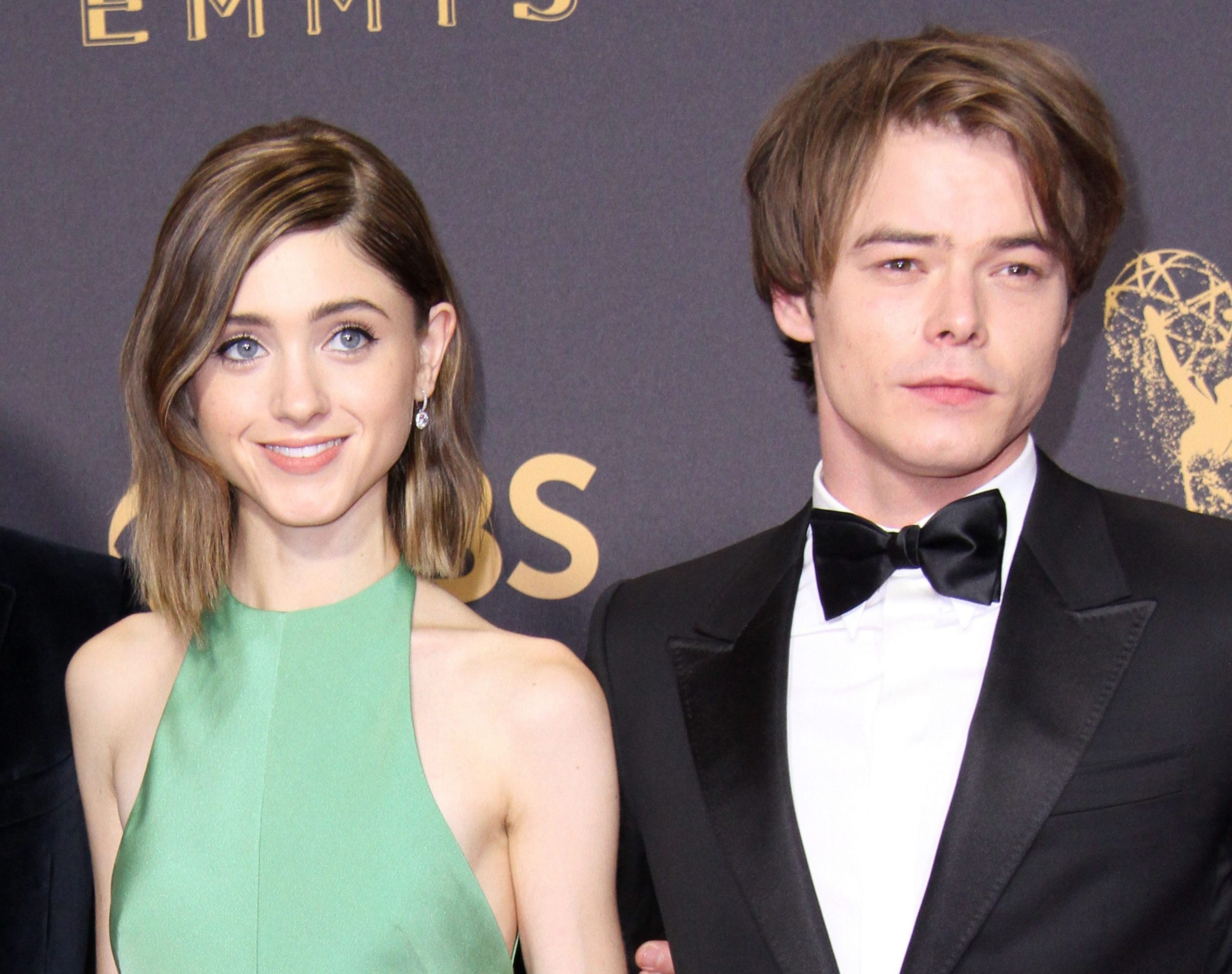 Sometimes referred to as the Stranger Couple met each other on the Set of Stranger Things in 2016. The pair instantly hit it off. Furthermore, They posted photos of each other frequently. And in Early 2017 sources confirmed the Duo was dating. They were seen showing PDA several times. They were seen kissing at the Promotion event of the 2nd season of Stranger Things. Since then Charlie and Natalia were seen together in several Red Carpet events. From what we know so far the couple has moved in together. Furthermore, Dyer opened up about working with someone you are romantically involved with. She said they are very comfortable with each other and therefore easy to work together. As far as we know the couple is not Engaged. They are just living together.

The Short answer is, We do not know. The pair were seen having an intense Argument during their time in LA. This isn’t the first time they were seen arguing in Public. Speculations rose when the due walked the red carpet separately. Natalia was even seen with a Mystery Man in Beverly Hills. We know how things look like. Everything points to them not being a couple anymore. There has been no news regarding their break-up. So we can only assume they are still dating.