In the Middle of KBS’s “Love All Play” 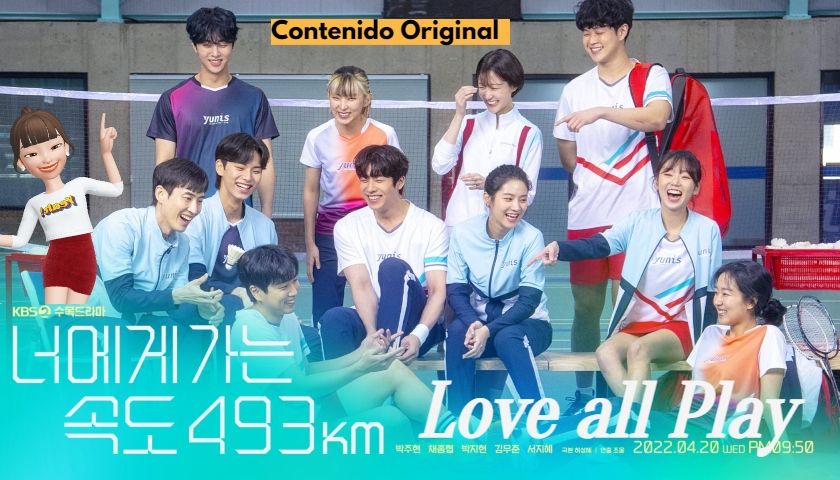 We got to the middle ofLove All Play” and before “Going to You at a Speed ​​of 493km«, from KBS, a drama that has not been favored with good ratings and I think it is due to its pace and the lack of emotional peaks in the plot. The main protagonists in my opinion, are a guarantee. Park Ju-hyun comes from “extracurricular«, «Zombie Detective” Y “mouse«; while, Chae Jong-hyeop Here he plays his first leading role after playing secondary roles in «Stove League«, «Sisyphus the Myth«, «None None” Y “The Witch’s Diner«. Someone around here sawA Poem a Day«?? Well, I tell you that although they are obviously different stories and have very different development scenarios, I feel that they are similar in rhythm and narrative, that is, they are stories where it seems that nothing happens, but it does. I saw “A Poem a Day» time after its broadcast and I was able to enjoy it better than when it was broadcast, because I found it very slow and unattractive, obviously I was wrong.

In “love all play«, I think they have exaggerated with the drama about park tae yangAs if they had nothing more to say. I say the protagonists stay in one place enduring all kinds of humiliation and contempt because she wants to make her dream come true?? And her respect for herself? In Korea they seem to believe that only if you endure all kinds of misfortunes are you worthy of success. The protagonist gets up every day to be sent to clean, pick up, tend and all that in silence, she can’t complain because that means she still hasn’t repented. Meanwhile the person involved with her in this whole situation has barely been seen a couple of times, but has had her weight carried by Park Tae Yang for over three years!! Meanwhile, Park Tae Joon has lived by hiding his talents, his desires, almost everything from his parents. They only have eyes for her sister who has been out of her life for years and any mention of her makes her mother cry and Park Tae Joon makes him feel like someone who doesn’t matter again absolutely. The boy hides his pain behind his smile and his badminton efforts. So when he receives Park Tae Yang’s admiration and recognition, she draws her attention and love blossoms. Another defect that I see in the plot is about the secondary characters, they practically do not tell us anything about them. Except for the boy who has been in love with Park Ji Hyun, determined to blame Park Tae Yang for his absence, and the new romance that has finally been given permission to live… About the other boys on the team there is almost nothing! ! And between them, there is no camaraderie, you don’t feel the team spirit or the complicity. Even among themselves they compete, that makes the story dull and attractive, there is almost no emotion for the viewer!! Well, the only nice thing is the romance between the leads, although halfway through the drama, it seems that Park Ji Hyun will come back and stand between all those who had already noticed something in their lives. I say that with people like her (or at least how she seems to be), the best thing to do is live her own life and forget about the girl. If she crosses it again, a smile and goodbye. In short, the production is not very popular and the ratings are quite low, barely moving between 1.2% and 1.9% that it obtained in its episode 1. Of course it also affects the broadcast schedule, dramas from Wednesday to Thursday have been in depression for years of ratings!! oh!! And another thing, KBS sold the broadcasting license to Disney+, so there is no way to get videos on youtube for this drama, since that platform barely provides information and it seems that they are not interested in offering this and other dramas outside of Asia. The script belongs to the writer Heo Sung-hye («tomorrow with you«, 2017 and the movie «Honest Candidate«, 2020). The address will be from the PD Jo Woong («Justice«, 2019 and «The Miracle that We Meet» of 2018). It will have 16 episodes and the genres are Drama, romance, sports, two episodes are broadcast per week, on Wednesdays and Thursdays.