Mexico, torn by the rape and violent death of the 18-year-old Debanhi Escobar 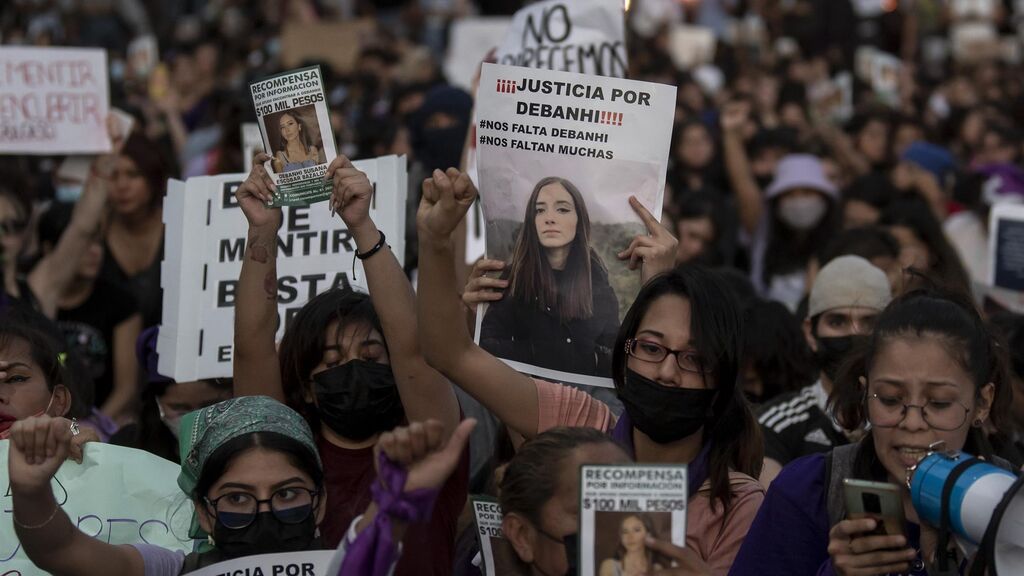 Debanhi Escobar disappeared for 20 days until his body was found on April 9 in a motel cistern in Escobedo, in the Mexican state of Nuevo León. The reason for his death, a deep bruise on the skull. The investigations have advanced without arrests and have revealed that the young woman, 18, was also raped. The seriousness of the events has placed Mexico in a state of shock that has led the country’s president to meet with the Escobar family.
Andrés Manuel López Obrador has met with the parents of the victim the afternoon of this May 13 after learning, through an autopsy, that the young woman suffered sexual abuse before being murdered. The second forensic report requested by the family, leaked by El País, has shown that she was hit on the head several times and died before ending up in the water tank in a “violent homicidal death”. The text also reveals that suffered “a violent sexual relationship”.
The Mexican Prosecutor’s Office maintained that the girl died as a result of an accident, a thesis absolutely refuted by the coroner’s conclusions. the father of the girl, Mario Escobar, has previously denounced “irregularities” in the search for his daughter, specifically due to lack of data sent by the Prosecutor’s Office. In fact, two officials from the Public Ministry have been dismissed for a series of “errors” and “omissions,” according to the newspaper El Tiempo. Likewise, in the Escobar family, the leaks of images of the young woman taken by security cameras from the area where he disappeared. After his meeting with the president of the country, the father regretted the leaks, since “there are codes of ethics”, according to different local media. “With great hope that this has to be resolved for the good of Debanhi, Nueva León and Mexico,” he added.

Debanhi got out of a taxi near the place where his body was found.

For now, they continue all research possibilities open. Precisely the Mexican president, Andrés Manuel López Obrador, has transferred to the parents of the victim that “stop where stop” all the necessary investigations will be carried out to clarify the case. One of those involved in the case is taxi driver who picked up the young woman at a party. Debanhi allegedly abandoned her car and remained on the road until the man drove away after several minutes, during which he tried to convince her of the insecurity of the place. The taxi driver himself has explained it in the Mexican media, denying having any further relationship with the events and providing a photo that he himself took of the young woman on the shoulder. the road on which Debanhi allegedly interrupted the route It is the Monterrey-Nuevo Laredo highway, popularly known as “the highway of terror” due to the cases of disappearances registered on it. Also, one of the unknowns still unanswered is why the security forces did not find the body until about three weeks later if it was so close to the place of his disappearance.

The discovery of the young woman’s body has generated great discomfort among feminist groups and collectives. Thousands of people have taken to the streets in different parts of the country to protest against sexist violence during the month of April to demand from the authorities more security guarantees for Mexican women. There is 20,148 women missing or not located in the countryMost of them are between 15 and 19 years old. Half of the cases correspond to the state of Nuevo León, where the death of Debanhi Escobar occurred, according to data from the National Search Commission (CNB). And the records are on the rise. During the current presidential term, 7,901 disappearances of women have been recorded. This figure has grown in recent years: in 2018 there were 1,687 women not located; in 2019, 1,890; in 2020, 2,250, and in 2021, 2,795 disappearances of this type, that is, an increase of 65 percent, compared to 2018, according to CNB data. Likewise, sexist violence in Mexico has reached record incidence figures in four crimes classified as high-impact, such as rape, according to the monthly report on violence against women prepared by the National Public Security System (SESNSP). Historical figures have been reached in extortion, corruption of minors, rape and gender-based assaults.
193 minors have been victims of corruption of minors in March 2022. This is also the highest number since records are available and exceeds the 168 of 2020. As for violations, the Mexican authorities have counted 2,287 in March, maximum since 2015 and 13% more when compared to 2,017 in March 2021.