Starzplay presents the official trailer and poster of ‘The shelter’, a series made up of a total of six episodes that will premiere exclusively in Spain and Latin America on Thursday, June 23. The series revolves around a family experiencing the strangest hours of their lives when unusual phenomena begin to occur, caused by a completely unknown force of nature. But everything happens through their screens. When they go outside, nothing seems to happen, apart from what spring in the Mexican countryside brings to a group of humans. So, parents must protect their children from an invisible enemy that not even they know really exists. What is the real? What has happened to the world they knew? Is this ranch a refuge? Is it the last bastion of humanity? Alberto Guerra, Ana Claudia Talancn, Zuria Vega, Alfredo Castro, Diego Escalona, ​​Camila Valero, Isabella Arroyo, Jorge Antonio Guerrero, Gabriela Cartol, Fernanda Urrejola and Paloma Woolrich make up the main cast of this series that also has the special appearance of Gustavo Sánchez Parra.

‘The shelter’ It is executive produced by Juan de Dios Larran, Pablo Larran, ngela Poblete and Mariane Hartard from Fabula and Christian Vesper from Fremantle. Pablo Fendrik acts as showrunner and director of these six episodes that are based on an original idea by Julio Rojas, who also co-writes the series with Francisco Ortega (Logia) and Enrique Videla (“La Jaura”). 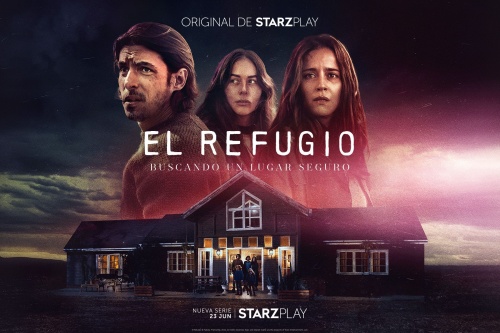