Searchlight Pictures presents the official trailer and poster of ‘Good Luck To You, Leo Grande’, dramatic comedy of British nationality written by Katy Brand and directed by Sophie Hyde that is carried out by Emma Thompson and Daryl McCormack. Its plot follows Nancy Stokes (Thompson), a 55-year-old retired teacher who claims that she has never experienced an orgasm or had satisfying sex. Her marriage was stable but boring and her late husband was the only man she had ever slept with. To set things right, Nancy takes the leap and enlists the services of Leo Grande (McCormack), a sex worker, or “sex therapist” as he calls himself, in his twenties. But his plan is complicated by a seemingly insurmountable collection of internal barriers and taboos. The film will be released in the United States directly on Hulu on June 17, the same day that it will also reach cinemas in the United Kingdom by Lionsgate, without us knowing what will become of it in Spain at the moment. . 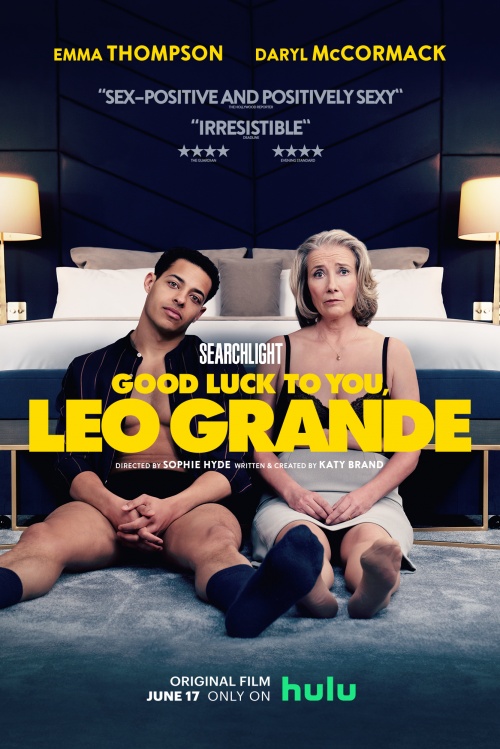