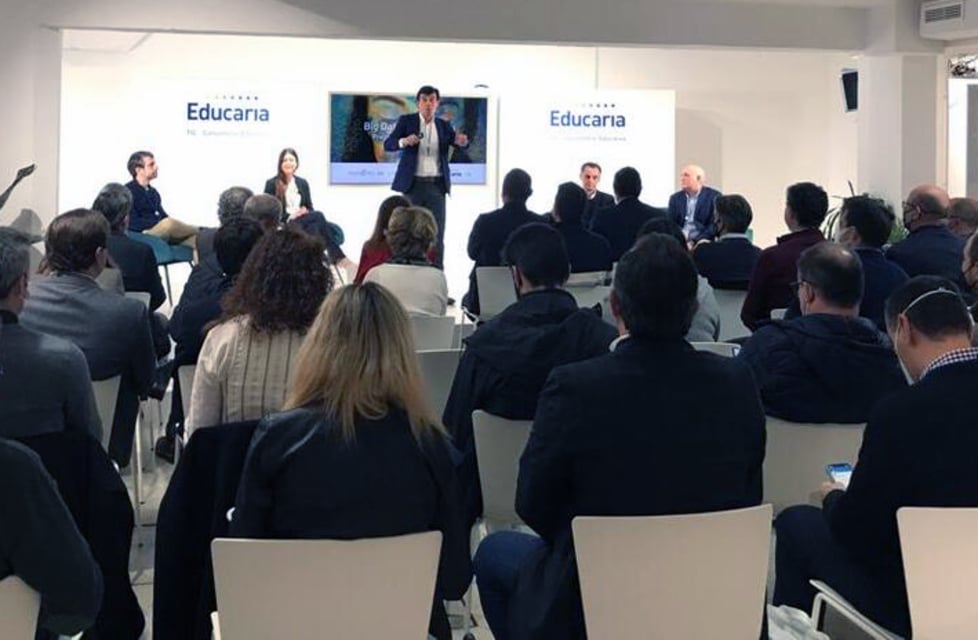 The application of Big Data and Artificial Intelligence is already beginning to be useful for teachers, students and the centers themselves, and their use will provide tools for the personalization of learning and decision-making. These were some of the conclusions of the second edition of Educaria’s ‘Engines of Change’ event, which was held on March 31 at Espacio V22 in Madrid and where the development and implementation of these technologies was discussed. In the meeting ‘Big Data and Education. Ready, set… NOW!’, which is now available for viewing on YouTube, brought together professionals from the education sector, leading experts and representatives from more than 500 centers who shared their experiences and real proposals around data analysis and Artificial Intelligence (AI).

The event began with an introductory talk by Álvaro Barbero, Chief Data Scientist at the Knowledge Engineering Institute (IIC), who explained what Big Data and AI consist of in a simple way: “Big Data literally means big data and taking decisions not only based on experience, but also based on data. For its part, AI is having a system that is capable of making decisions that are more or less intelligent. The easiest way to build an AI is based on data, what is called Machine Learning (automatic learning) ”, he exposed. Although some believe that this technology has come to replace the work of human beings, Barbero pointed out that, on the contrary, it serves to complement and help. “Machines are very good at adding, multiplying, dividing… and logical reasoning. But when we are told that AI is coming to replace us, a fundamental concept fails: humans and artificial intelligences are very different. The key is that they come to complement us; we can solve one type of task very well and the AI ​​others”. Once the presentation by the expert from the Institute of Knowledge Engineering (IIC) was finished, a debate moderated by Barbero himself began, with the participation of Paloma Sanz, coach and facilitator at the Ramón y Cajal Schools; Joaquín Rodríguez, corporate director of Design, Innovation and Educational Technology at SEK Educational Institution; and Joan Lloret, director of Systems, Marketing and Communication at the Ana Mogas Foundation.

Implementation and impact on students

The first topic addressed by the participants was the application of this technology and the impact it can have on students. To do this, they explained the results obtained in the projects they are carrying out in their own centers. Thus, Joaquín Rodríguez (SEK) explained how they are managing to obtain and represent the data and, from there, design a control panel in their centers. However, he also pointed out that at the moment this is not enough to create a solid model that has immediate results: “We need evidence of another type that we continue to work on.” He also highlighted the personalized accompaniment that its use provides for students, although making it clear that “in no case and in no way does it replace the teacher, on the contrary, it is an instrument that complements the tutorial action”. 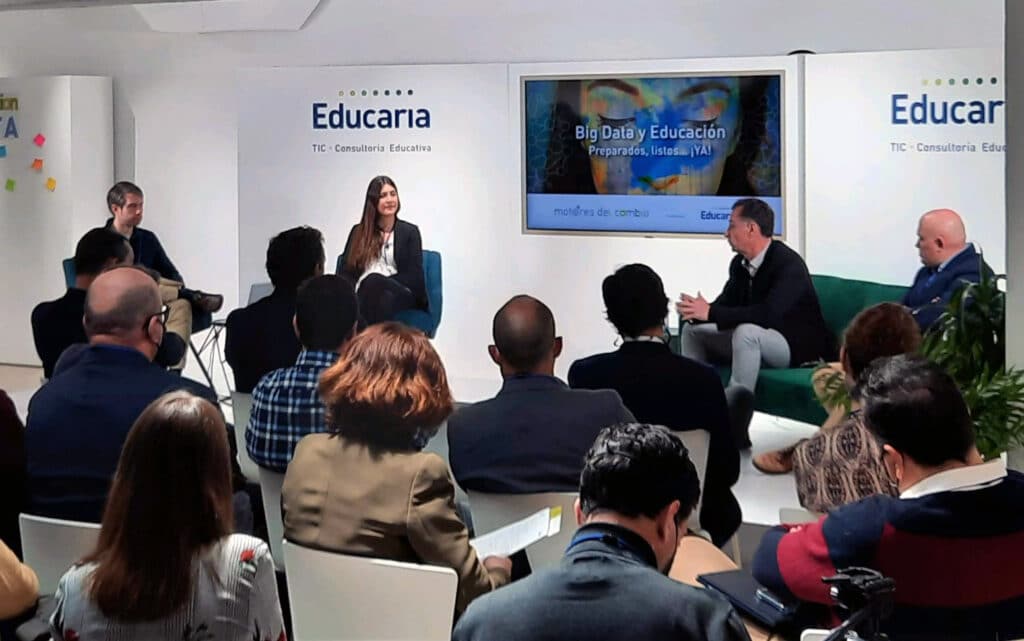 Paloma Sanz (Ramón y Cajal Schools) agreed on this idea: “The question is not Big Data yes or no; Big Data is here to stay”. The data collection process is the most complicated part, in his opinion, and he pointed out that his centers are still in the early stages of implementing this type of project, “that is why it is still difficult to see the impact on students” , he nuanced For his part, Joan Lloret (Ana Mogas Foundation) emphasized the importance of economic resources to apply these solutions and pointed out that “technology has not always occupied the place it should occupy” and that “making certain decisions, as in the field of AI in education that involve heavy investments is difficult”. And he added: “The work we have done with the data for four years, can we say that it has had an impact on our students? In the organization, of course, yes, but it will take many years to make decisions in some fields that interest us with these technologies”.

Another of the topics on which the debate turned was the new role of the teacher with the arrival of this technology and the importance of training to get the most out of it. In this sense, Sanz pointed out that the Ramón y Cajal Schools have launched the ‘Project 2030’ with the aim of “culturizing teachers in the use of this technology”. In his opinion, the teaching role is the most important in this whole process: “It will not disappear because there are predictive models. It will be more necessary than ever, however, it will have to change its role, ”he sentenced. 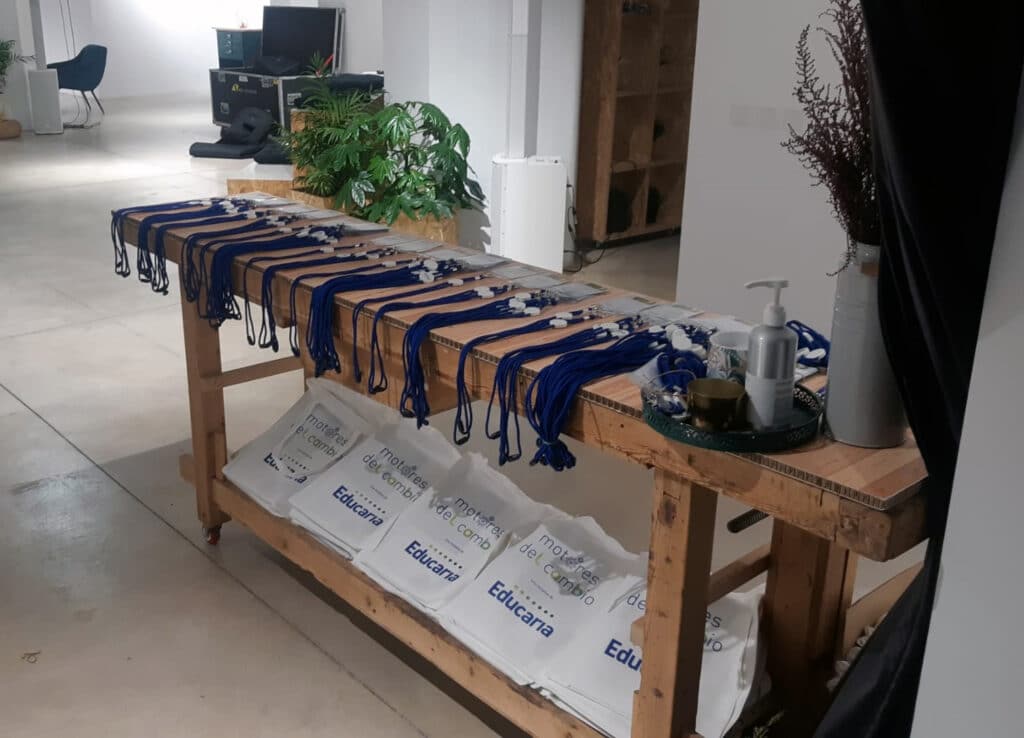 This institution has already offered teachers training in Big Data, Artificial Intelligence, data management… “We need competent teachers with very well-developed emotional skills to interpret these data. The decision will continue to be made by the teacher, we cannot let the machine make it”, explained Sanz. “We have to open a debate and make the whole center participate in what AI means, so that it is involved in the projects and it is not something that only we understand, but something that is shared; we all have to speak the same language,” he added. On the contrary, Joan Lloret (Ana Mogas Foundation) assured that his experience had been totally different: “In ours there was a certain culture of data because they are centers that already worked with quality management systems. For this reason, about 4 years ago it was possible to take the leap: start building dashboards. From there, we began with processes at the level of organization and unification of platforms and, for example, we made the decision to adopt the use of a single platform in our 18 schools”.

In the last section of the debate, it was questioned how much confidence can be placed in the data when it comes to predetermining the behavior of students, that is, which itinerary they are most likely to choose or which subject they are most likely to fail, for example. In this sense, Sanz pointed out that the data is not 100% objective and stressed that the excessive use of reading the data can lead to the loss of certain skills of teachers and that there must be a balance between use and delegation. 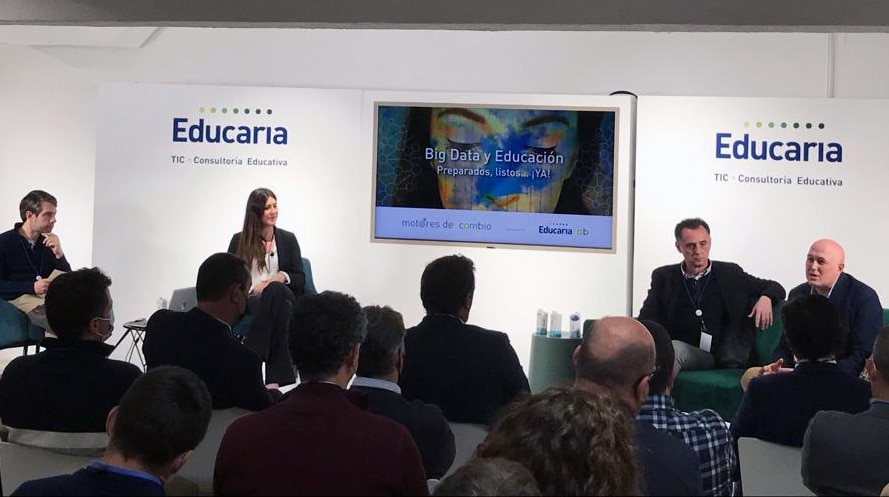 Along these lines, Lloret highlighted two of his concerns: “One is the “no data”, that which is not collected; and another is the dark algorithm, that is, the one that has been done to build an indicator and that has passed many revisions, but that we are unable to touch because we no longer understand it”. Finally, Rodríguez closed the dialogue with the idea that technology without human beings is nothing: “Statistical data series cannot be a self-verifying prophecy, moreover, a teacher is obliged to break with that prophecy. . The data is ambiguous and it is not possible for machines to replace teachers”.