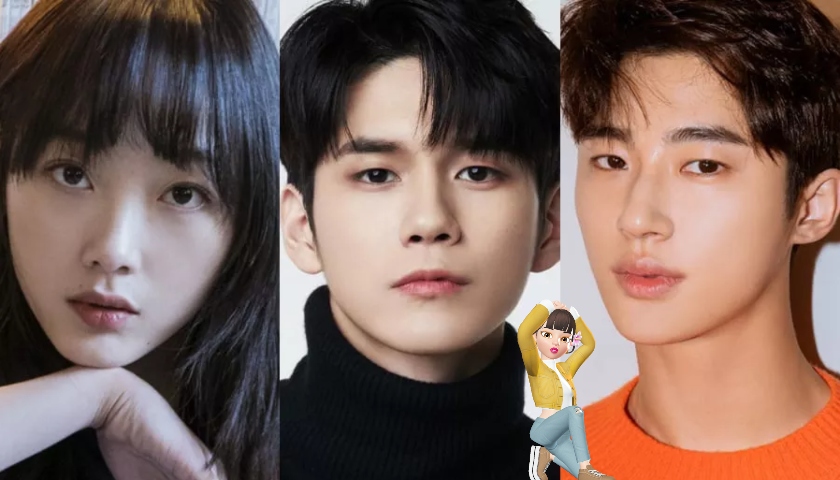 I’m not a fan of dramaStrong Woman Do Bong Song«, although I know that he has many fans who adore him, but this news about a sequel takes me by surprise !! This May 27, several media outlets shared that the actress Lee Yoo Mi of “Squid Game” Y “All of Us Are Dead” will star in the sequel to “Strong Woman Do Bong Soon” which will now be calledStrong Woman Kang Nam Soon”. Was this necessary? And with a different cast? let me think about it!! Later that day, it was confirmed that Lee Yoo Mi, Ong Seong Wu , Byun Woo Seok , Kim Hae Sook Y Kim Jung Eun will star “Strong Woman Kang Nam Soon.”

“Strong Woman Do Bong Soon” is a romantic comedy starring Park Boyoung , Park Hyung Sik , Ji Soo and more, and follow the story of Do Bong Soon (Park Boyoung), a young woman endowed with superhuman strength. She falls in love and hopes to achieve her dream of becoming a game designer.

Ji Soo, Park Bo Young, and Park Hyung Shik The sequel will revolve around Do Bong Soon’s distant cousin, Kang Nam Soon, who has immense strength. She not only has great power, but also her mother Hwang Geum Joo and her grandmother Gil Joong Gan. Written by Baek Mi Kyung of “mine” and directed by Kim Jung Shik of “Work Later, Drink Now”, the drama focuses on the reality of new drug crimes occurring in Gangnam.

Kim Jung Eun He will take on the role of Hwang Geum Joo, a wealthy and righteous woman from Gangnam who has been obsessively doing good things to find her missing daughter. Lee Yoo Mi She will be playing Kang Nam Soon, a capricious and cheerful young woman with great strength. She became a missing child in Mongolia and came to Gangnam to find her parents. the veteran actress Kim Hae Sook She will play Kang Nam Soon’s maternal grandmother, Gil Joong Gan.

Ong Seong Woo will take on the role of Kang Hee Sik, a detective from a secret investigation team who is investigating drugs in Gangnam, he is the love interest of Kang Nam Soon. While, Byun Woo Seok will become the charming villain Ryu Si Oh. Filming will begin this summer, and the drama will air in the first half of next year. hmmm… so Lee Yoo Mi he finished filmingMental Coach Je Gal Gil»?? What do you think?? Credits Soompi