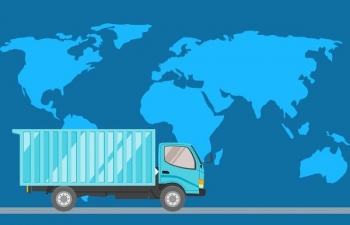 That same day, the ABEF (Association of banks and financial establishments of Algeria, see annex) sent a letter to its associates requesting the freezing of direct debits for the payment of foreign trade operations (import and export) with Spain. In Algeria, all import operations of goods and services require direct debit. This implies opening an account in a bank so that payment can be made in foreign currency. Only operations of an amount equivalent to 100,000 dinars (about €650) in FOB value are excepted. In practice, this forces the importer to deposit the amount of the merchandise to be imported in the bank, regardless of the means of payment agreed with the exporter (documentary credit, documentary remittance, bank transfer). In the case of products destined for sale without transformation, the direct debit must be made at least 30 days before the shipment of the merchandise and for an amount of 120% of the invoice. For the rest of the imported products there is no fixed term for direct debit and the amount is 100%. The letter is addressed to all the directors of the Algerian banks and financial establishments and it is requested that the freezing of direct debits that affect trade with Spain begin to be applied as of June 9, which would make exports from Spain impossible. to Algeria from that date. In principle, it could be understood that direct debits already made prior to that date should not be affected. In any case, the operations must necessarily go through the Central Bank, so the latter has the power to block any payment or collection. This measure may make it impossible to export from Spain to Algeria from June 9, which is why the Spanish Trade authorities and the European Commission are working on a joint response to this discriminatory measure against Spain.
In case of an incident, companies can send their queries to the Economic and Commercial Office in Algiers: [email protected]
Source: Ministry of Industry, Commerce and Tourism.