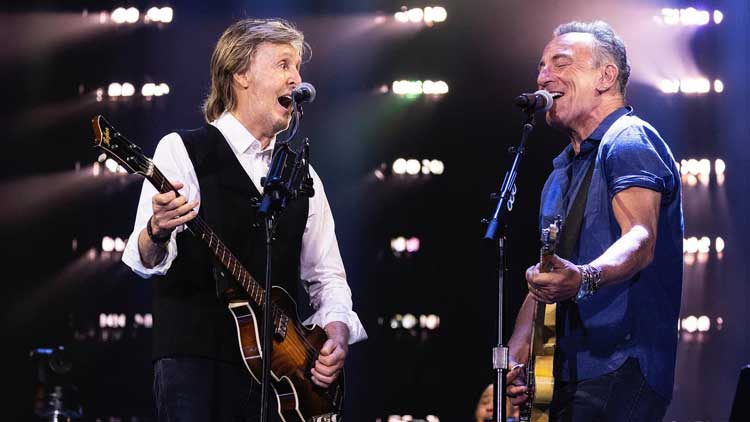 Paul McCartney is touring the United States, and on his way through New Jersey yesterday -June 16-, he had as guests Bruce Springsteen doing ‘Glory days’ and ‘I wanna be your man’, and with Jon Bon Jovi on ‘ Happy birthday to you’, just before interpreting the ‘Birthday’. And it is that tomorrow, June 18, the ex-Beatles and one of the great figures of contemporary music, turns 80. On the other hand, the joint edition for the first time of his three self-titled solo albums has just been announced, as McCartney I II III. In circulation as of August 5. Available in CD and vinyl boxes, in the latter format it is possible in black and in color in a limited edition.