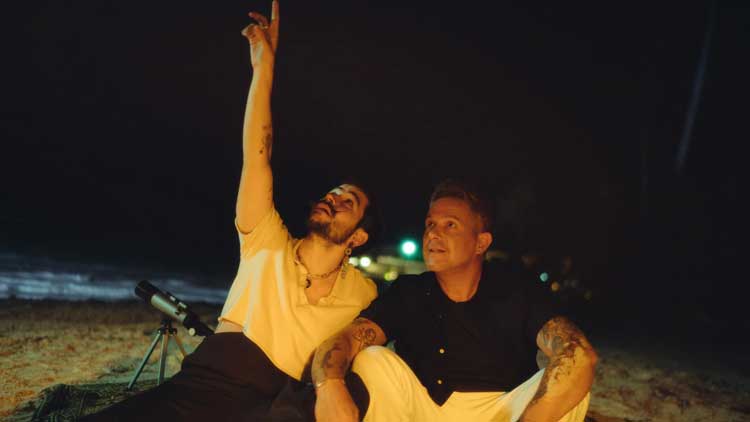 The Colombian Camilo continues to advance songs ahead of the release of his third album, ‘From inside to outside’, scheduled for next September. As a new single, NASA with Alejandro Sanz, with the desire to be able to overcome heartbreak and forgive. Camilo: “Alejandro and I met last year when he went with his family to my first concert in Madrid. While we were talking, I dared to tell him that one day we would make a song together, to which he replied that he also wanted to”. That was the beginning for a collaboration with which we started the usual Friday article about the music video releases of the week. With an audiovisual directed by Evaluna and Marlene Montaner. ‘Honestly nevermind’, Drake’s seventh studio album, has just been released by surprise. Director X (Roddy Ricch, Rosalía), in which basketball player Tristan Thompson makes a cameo. All three -singer, filmmaker and athlete- are Canadian. Waiting for Pastora Soler’s thirteenth album, a little shorter perhaps with the release of a second advance, It won’t be anyone’s. Summer images for the latest from one of the great singers of southern Spanish pop, a work by Krea film productions. Another album that has just been released is ‘Mimétika’ by Mónica Naranjo, with the collaboration of Mastodonte, the musical project by Asier Etxeandía and Enrico Barbaro, in Empty Powder. With a very disco-oriented video clip directed by Juan Varela (he had already taken charge of the one corresponding to ‘EY!’) and Rafa Alarcón, with Mónica and Asier as the main stars. The Spanish Ana Mena and the Mexican with Spanish roots Belinda team up in Las 12. With Pablo H. Smith (Merche, Sergio Dalma) in charge of directing the promotional images. Premieres in addition to Beret with Omar Montes, Blas Cantó, Chlöe, Bad Gyal, Father John Misty, Chance The Rapper with Joey Bada$ $, Whitney, Lambchop, Rina Sawayama, Santigold, Javiera Mena, Yarea, Julia Jacklin, Gunna, New Hope Club, Lost Frequencies with James Arthur, Eva B, Kidd Keo, FERNANDOCOSTA, Mora with Jhay Cortez, Alan Walker with Au/Ra , Alice Merton, Calum Scott, Carlos Vives with ChocQuibTown, Black Eyed Peas with Shakira and David Guetta, Razorlight, Ramón Vega with Michelle Maciel, Porcupine Tree, and Carlos Jean with John Martin. More information in the section dedicated to the premieres of songs and music videos.