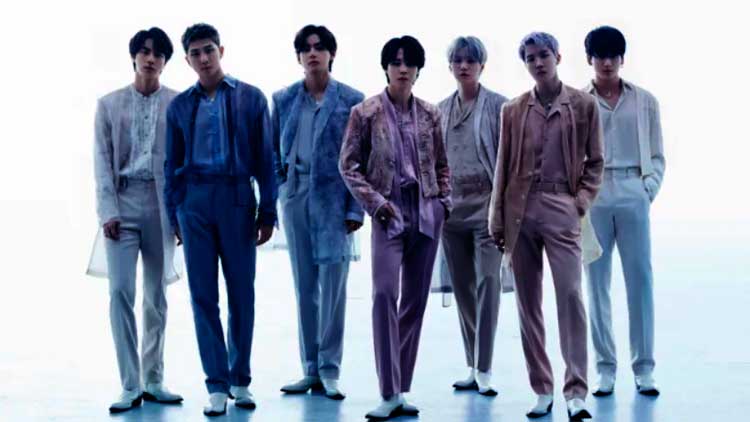 The South Korean boyband BTS with Proof debuts at number 1 on the Billboard 200 list, with some 314 thousand equivalent units during its first week in circulation, corresponding to some 266 thousand copies sold, some 36 thousand to streaming (SEA) and some 12 thousand to equivalent tracks (TEA). Bad Bunny falls to second place with A summer without you with some 129 thousand uuee and Harry Styles remains in third place with Harry’s house with some 91 thousand. There is a second direct entry in the top 10, to close it, starring Carrie Underwood with Denim and rhinestones with about 31 thousand uuee, about 22 thousand for sales, about 9 thousand for SEA, and less than a thousand for TEA. To make the list Billboard Hot 100 takes into account digital sales, radio coverage and audio and video streaming in the United States. Maintenance at number 1 for Harry Styles with As it was, for a total of seven weeks -non-consecutive- at the top. There is also no change in the rest of the podium positions, with Jack Harlow with First class in the second step and Future together with Drake and Tems with Wait for u in the third.