Tania Medina has explained that she will put herself in the hands of doctors to overcome her stomach problems after her time on ‘Survivors’, since she has not yet been able to recover her weight. “I want to be healthy”, she has said

Tania Medina continues to convalesce in health since she arrived from ‘Survivors’ and he wanted to clarify on social networks some points that are doing him a lot of damage. “I’m very sick to the stomach. I drink a glass of water and explode from how “full” I am. I want to get good now“, she confessed, desperate, a few hours after landing from Honduras. Now, Tania has gone further with respect to the ailments she is suffering and She also wanted to respond to those who criticize her for eating only white rice to ‘not gain weight’.“I speak of my thinness because the comments continue”, Tania Medina has begun by explaining in her very serious stories and curbing those who are criticizing her for her thinness.INSTAGRAM @taniamedinnna “I’ve been to ‘Survivors’ and I’ve lost 8 kilos and I haven’t regained them. Each body is a world, I’m very sick to the gut and I’m eating very similar to what I ate there. Rice with chicken, rice with fish, white bread and in small quantities, although many times,” commented the Canarian. 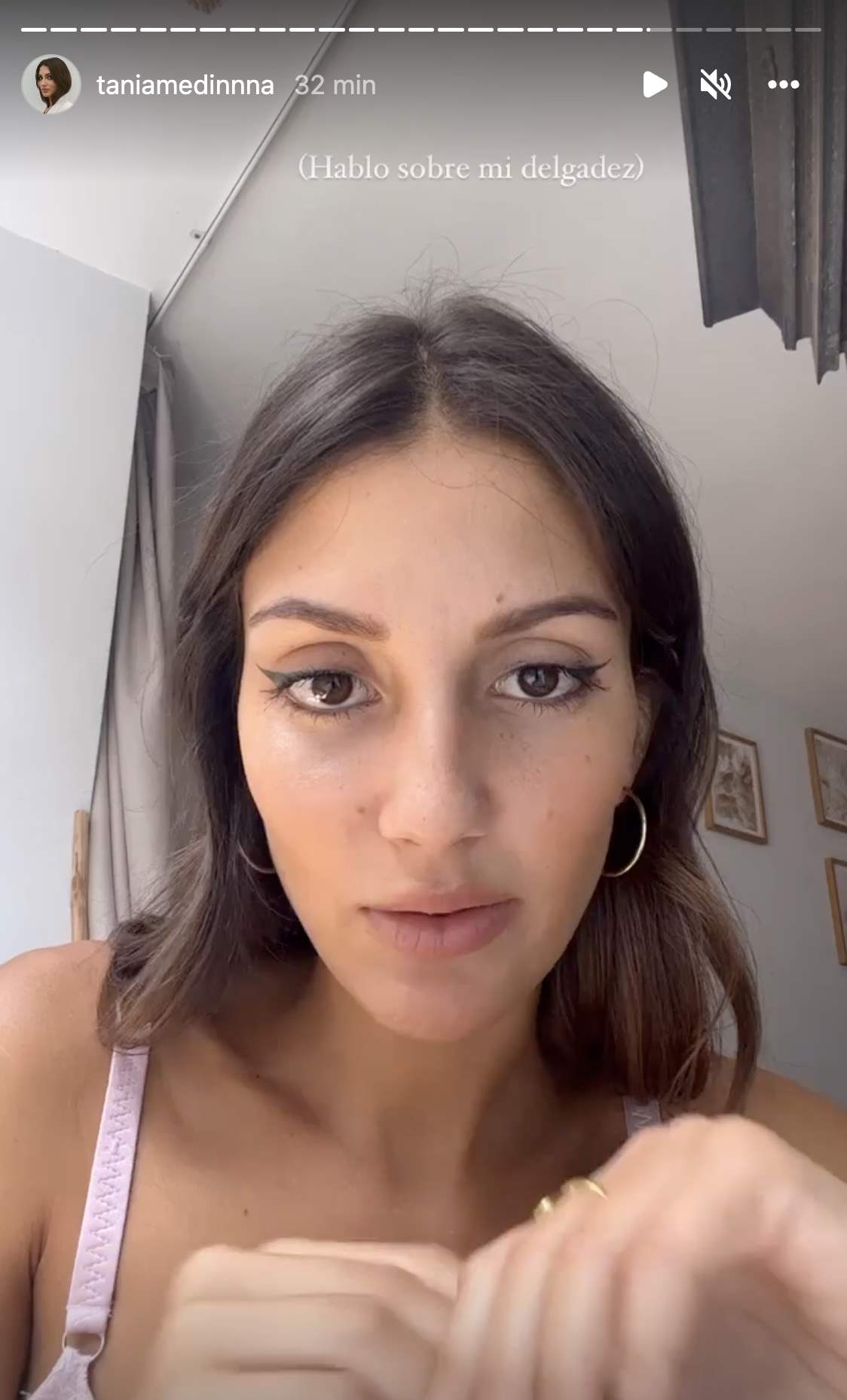 Tania Medina is honest about her thinness. INSTAGRAM @taniamedinnna Alejandro Nieto’s girlfriend is fed up with criticism. “They tell me that I have an ugly body, that I’m anorexic… LI’ve been in Spain for a week and I have to recover my weight and my body recover little by little…. It doesn’t affect me but a lot of skinny girls read those comments so please be mindful of what you’re saying,” she commented, adding: “I will put myself in the hands of a doctor and a dietitian if necessary to take care of my body and be as healthy as possible.but I love to eat and if I don’t eat everything I want now it’s because it hurts my stomach”, he clarified. 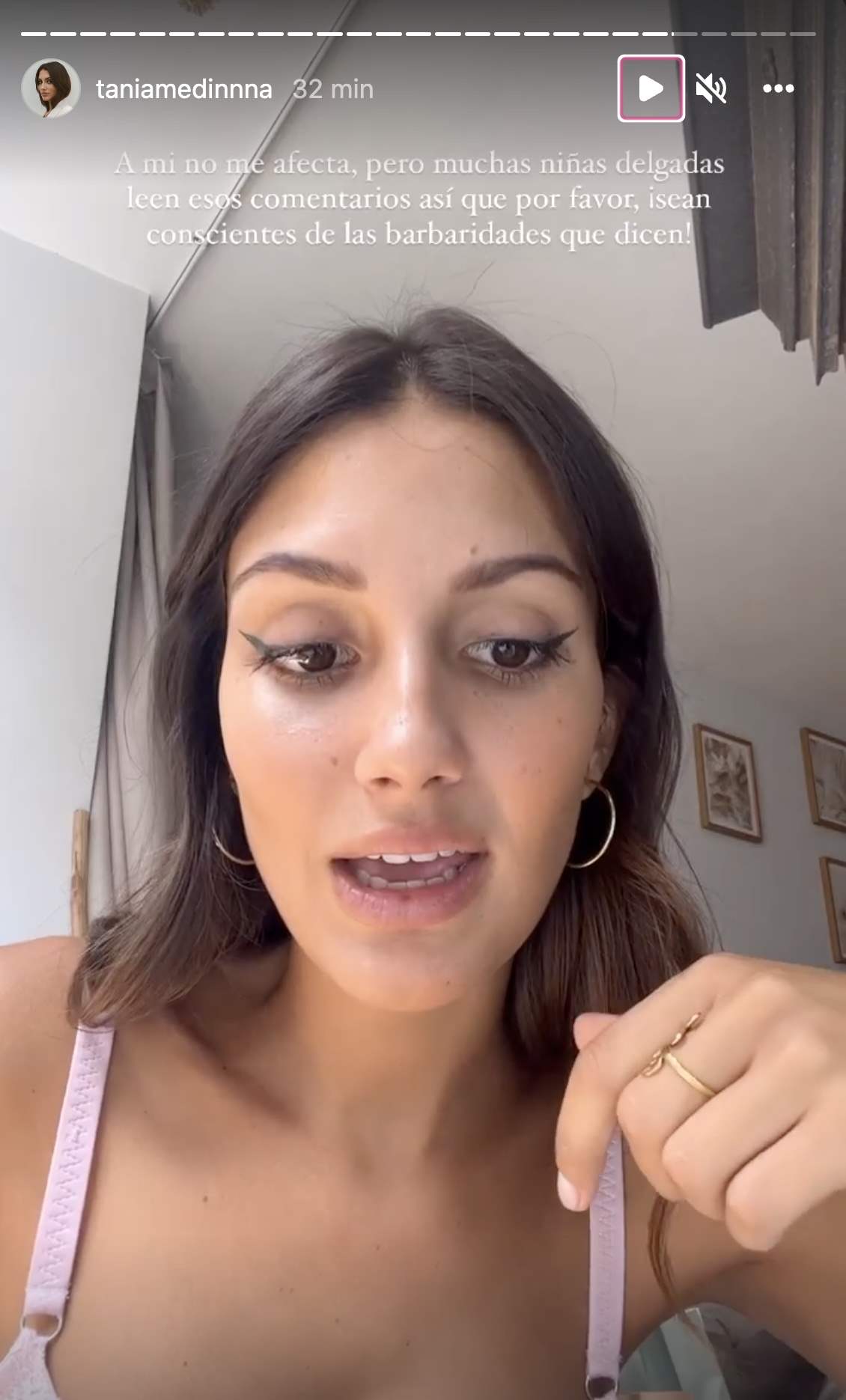 Tania Medina, fed up, explodes against criticism for her low weight. INSTAGRAM @taniamedinnna Tania has added some foods to her diet such as oatmeal or gluten-free bread to recover and She claims to be happy and content with her progress, although everything is going more slowly than she would like. 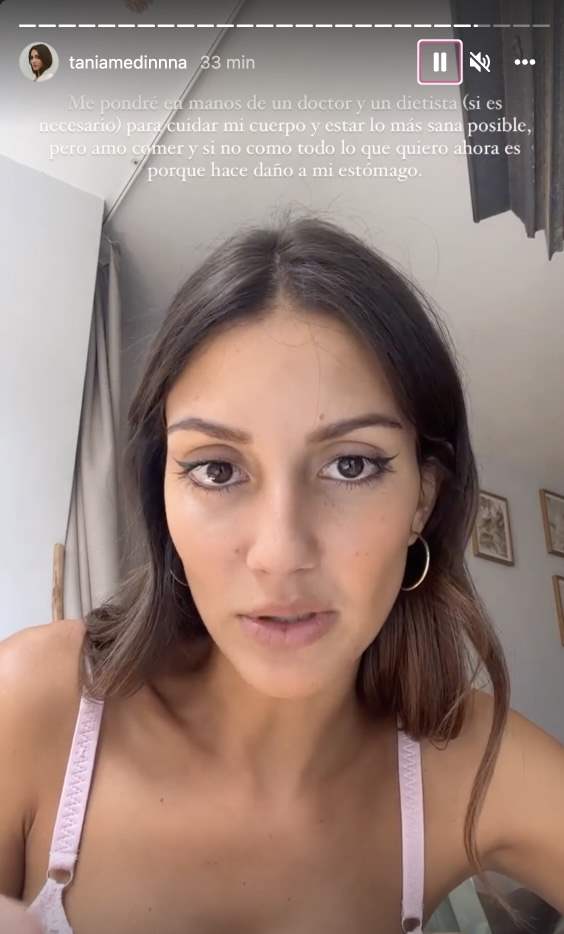 Tania Medina talks about her health problems after ‘Survivors’. INSTAGRAM @taniamedinnna “I’ve been a bit absent, I’m very happy because I already wanted to feel like I was in a routine. I went shopping, my first purchase, everything healthy to continue taking care of my belly. I feel a little better, it’s still swollen , I am very upset but I no longer have nausea or fever. And another thing, that thanks to my mother-in-law who has helped me, I have looked for a good doctor. I am going to put myself at 100%, “he explained a few days ago.