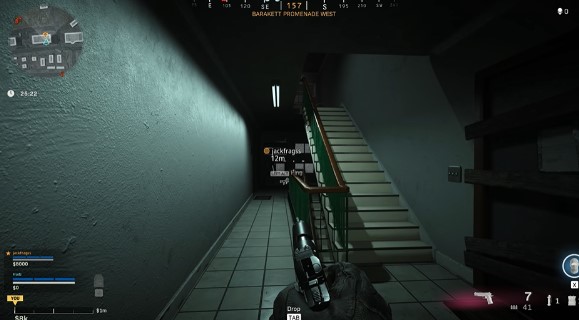 Call of Duty: Warzone Season 3 is upon us, and it is time for gamers to freshen up their skills and review their strategies to aim for the top of the leader board. Let’s be frank, it will not be easy, as the game’s best players would no doubt try to get all the glory for themselves. But there are plenty of ways to take the fight to the pro players and hold your own against them.

Following are a few tips that will elevate your gameplay and would substantially increase your chances of survival in season 3. If you want to survive the Battle Royale, you can use the following tips. Moreover, you will find some useful tips at battlelog.co/cod-warzone-hacks-cheats-aimbot-esp-radar/.

Getting to high ground is often the best course of action in many online FPS battle royale games, and the same is true with COD: Warzone. Not only would you have a massive vertical advantage when defending the position, but you would also be able to see an opponent coming to your position from a mile away. In an ideal scenario, you would be able to patiently aim your sniper at the enemy and take them out while having a cigar. And while such ideal scenarios are often an impossibility, you would still be able to increase your survival chances astronomically.

There are many viable strategies for dealing with the circle of doom in the COD: Warzone. Many players often try to hang around the edges and then make their way to the center, and others often try to aim toward the center of the circle early. Both of these strategies are excellent with their advantages and disadvantages, but the latter one is slightly better in a serious match.

By getting to the center of the playing circle early, you would be able to grab an advantageous position and easily camp down till the final stages of the game.

COD: Warzone allows players to set up custom loadouts to their character profiles, something that you should do as soon as possible. This would allow you to choose the loadout you want, depending on the situation in the game, from the Buy zones. It seems like quite an obvious piece of advice, but you would be surprised how often players are focused on their preferred loadout and not even think about situations when they would need to make some changes to their default strategy.

Luckily, this is an issue that can be easily rectified by you creating multiple loadouts to tackle different situations. Yes, it may take some time, but the end result is definitely worth it.

Yes, your first target in the game is to get cash as quickly as possible. COD: Warzone is a game where you have to have the best equipment with your character to survive and ultimately win. Your preferred loadout would guarantee positive results. Luckily, getting money in the game is not that difficult. Many ways are there that you can choose to earn bucks, such as by completing contracts.

The importance of having spare armor plates on your character is something that cannot be overstated. In fact, they could easily be the difference between a sure victory and a close enough game. Why would you not take precautionary measures when the line between victory and defeat can be so thin?

You can take five armor plates with you at once, which can be easily found in any shop in the game. Now, the cost of these armor plates is on the lower end. But do not let this fool you even a second; these are the most valuable items you can find in the game. In a way, the low price of the armor plate only benefits you as you can purchase more any time you want without giving much thought. So, do keep some spare cash with you at all times.