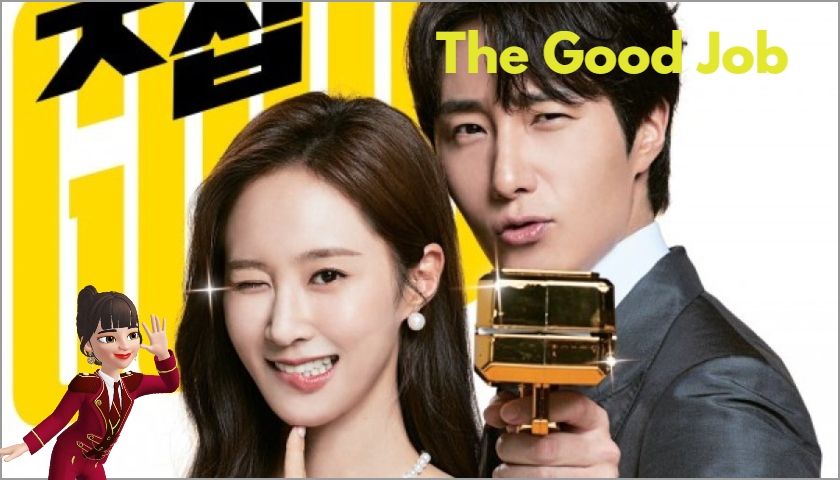 ENA’s new drama «good job“, made by Jung Il-woo and Kwon-Yuri is a drama that contains an exciting romantic investigation story about chaebol detective Eun Hyun-ki and keen-eyed meddler Han Seol-rok. It will be a 16-episode production of suspense, mystery and romance genres. The premiere was announced for next August 24. «good job» has the following synopsis: Follows the joint investigation and romantic story of a chaebol leading a second life as a detective and a woman with supervision. Eun Sun Woo is a chaebol among chaebols who owns the Eunkang group and also runs a detective agency. From a very young age, Eun Sun Woo has displayed a brilliant mind and amazingly unparalleled athletic abilities. He is a figure that is completely different in his two lives as a detective and as a group president, easily going from being cocky to being a gentleman. Don Se Ra is a cheerful person who was born with super vision. To hide his powers, Don Se Ra wears a pair of thick glasses to secretly use his ability. While working numerous odd jobs to help the people around her, he meets Eun Sun Woo and a chaotic love story begins. On August 10, ENA’s new Wednesday-Thursday drama ‘ good job ‘, released a teaser video of Kwon Yuri, who plays the role of Don Sera, a person with super vision. In the second teaser video of ‘good job‘ released this day, contained the identity of Don Sera’s ‘super vision’, a girl with a variety of jobs, and in the video she appears as a casino employee, she confesses: “I have secrets that make me different from others”. . She then reveals Don Sera’s secret: “I was born with eagle eyes”. At the same time, we witness her special gift as we can see the buttons pressed by guests playing from afar, the initials written on her wallet, and even her fingernails on her glass. It is her ‘super vision of her’ identity that she goes beyond simply being able to see far away, she even sees even the smallest details. Next, Don Sera wears a helmet with a comfortable outfit that is completely different from the casino staff’s outfit and drives down the road. Using her super-vision to check out a distant car, she burns her will by saying, “Even if you run, you’re in the back of my eyes.” She amplifies the curiosity as to why Don Sera is anxious to catch up with the car. “good job” is a script by the writer Kim Jung Aewho only has two dramas on his CV, the most recent from 2018 called «Shorts” made by kang tae oh Y Kim Do Yeon. The direction is in charge of the PD Kang Min Gu (films «The Odd Family Zombie on Sale«, 2019 and «The Merciless«, 2017, was also part of the production of the drama «Itaewon Class«. Pinkvilla Credits